I don't think that there are any limits to how excellent we could make Wriphe seem.

We're almost done with 2018, so let's finish up November movies and get a head start on December.

189. (1418.) Mission: Impossible III (2006)
Not as good. In fact, it's so stupid, it's almost insulting, but that's what I've learned to expect from director J.J. Abrams. I think he thought that if the action moved fast enough, no one would notice the giant plot holes he was plunging through. Not even light can move that fast.

190. (1419.) Atlas Shrugged: Part 1 (2011)
Ouch. I read and enjoyed the novel this movie is based on, but the movie made me reconsider why. It manages to be simultaneously too loyal to the literal text of the book and too determined to simplify the theories behind it. There are no characters here, only fast-talking allegories. Worse, this is only the first act of the story. It has no ending; it just stops. There are two sequels in this lecture trilogy, but I can't imagine ever being bored enough to watch them.

191. (1420.) King Lear (1971)
Dad asked what I wanted to watch, and I chose this, an experimental theatrical take on the Shakespearean tragedy. Not my best choice. Dad called it the worst movie he'd ever seen, but he hasn't watched Atlas Shrugged.

(For the record, I still consider the worst movie I've ever seen to be Armageddon. I know, I know. [Don't @ me.] But I really do hate it. I can't believe I paid to see *that*.)

192. (1421.) December 7th (1943)
As you might guess from the title, this is a docudrama about the 1941 Japanese ambush of Pearl Harbor. It is not kind to Japanese Americans. Totally worth a watch if for no other reason than as a historical document of a still shell-shocked America trying to put their world back together. If you lived through 9-11, you can relate.

Excuse me while I slip into something more comfortable.... 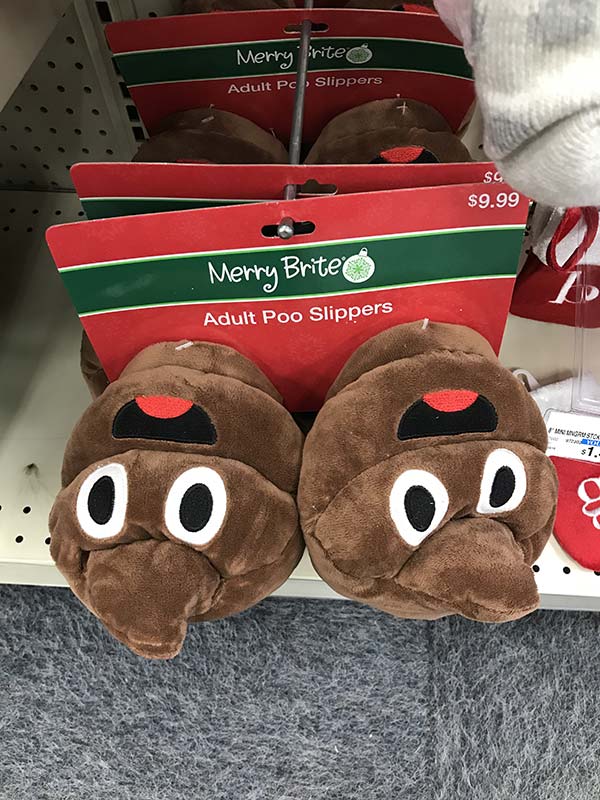 These were found in the CVS Christmas aisle, the place you go for gifts that say "I never loved you."

And if a little poo in your shoe isn't enough for you this holiday, try some scat for your hat. 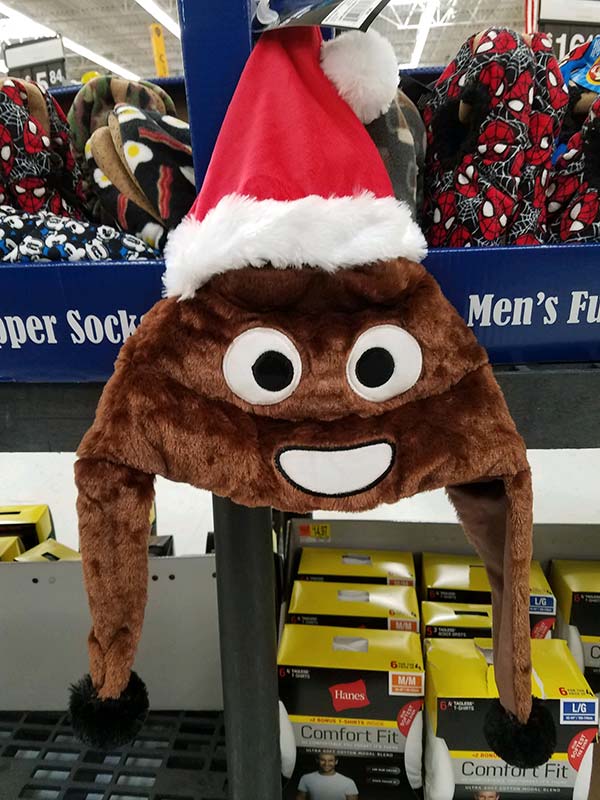 I'd been saying for several years that I should just take a day trip over to Legion Field to attend the annual Birmingham Bowl. This year, I finally put my money where my mouth was and bought tickets near midfield. I'm glad I did.

Friend Randy drove. He's always extra fun at football games. He often sees things on the field that I would miss. However, neither one of us spotted the fireworks on the field prior to the National Anthem. We weren't the only ones in the stadium caught off guard when rockets quite literally went off with a red glare, interrupting the poor singer struggling to cope with a bad sound system.

That wasn't the only time fireworks would catch us unaware. There were explosions after every score, it wasn't until halfway through the second quarter (score 28 to 7, Memphis lead) that we finally learned to anticipate the bang.

Dreamland BBQ was one of many vendors brought in just for the event, and we were surrounded by a cloud of delicious meat smoke for most of the game. Considering the warm December sun and enthusiastic (if smallish) crowd, it was an ideal way to watch a game.

All of which was set dressing for the game itself, which was fantastic. Memphis managed both an interception and kickoff returned for touchdown on back-to-back drives, and Wake Forest fell into an early hole which would take them more than three quarters to reverse. Memphis responded, and the game came down to a missed field goal at the final gun. Very exciting.

If every Birmingham Bowl was this good, I'd go every year.

Unlike last year, this year I tried to make gingerbread houses all by myself from recipes I found on the Internet. Mm-hmm. Operative word: "tried."

I've just about mastered the cookie recipe. The gingerbread itself is soft and delicious. The icing, on the other hand, was a bit of a problem (as you can see).

The icing was so thick and stiff that the pastry bag might as well have been filled with quick dry cement. In hindsight, I probably added too much sugar to the amount of egg whites I had. I'll try to remember that for next year.

At least my mouth doesn't care how they look.

183. (1412.) Snow Devils (1967)
Italian-made Spaghetti Westerns are a respected genre thanks mostly to the genius of Sergio Leone. Spaghetti Science Fiction has no such genius. This film features alien yetis who try to induce global warming with lame miniatures and worn out stock footage. Not good.

184. (1413.) A Raisin in the Sun (1961)
I admit it: I did not finish this movie. I bailed at intermission. I actively (and strongly) dislike Tennessee Williams plays, and while it's great that Lorraine Hansberry found equal-opportunity success duplicating Williams' soul-crushing slices of poor white American life for African Americans, I don't have to watch it.

185. (1414.) Excalibur (1981)
There's something hypnotic about this fairy tale grounded in blood and sex. It's not exactly a good film — it's really quite boring — but you have to admire how all the actors seem to throw themselves into it despite the obvious discomfort of filming it

186. (1415.) Funland (1987)
Squiggy (of Lavern & Shirley) plays an amusement park Ronald McDonald gone mad. The movie is a dark comedy with a razor sharp wit, but it is very badly served by a soundtrack stolen directly from a daytime soap opera, and loses its way at the end. It was also filmed in Six Flags Over Georgia, which means that there is Coca-Cola everywhere! 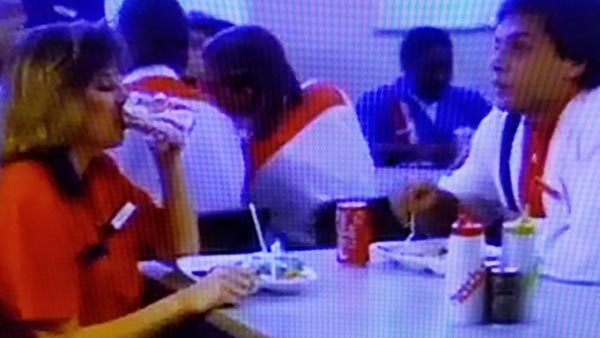 187. (1416.) Assault on Precinct 13 (2005)
Most remakes of John Carpenter movies lose sight of Carpenter's gift for character in their rush to the glossy glamour provided by their bigger budget. Same here. It's a fine action movie, but I prefer the grit and heart of the original.

According to a report issued by the American Geophysical Research Union, Arctic reindeer population has fallen by 50% in the past 20 years. It's possible that the end of the species is in sight. Hooray!

Just think, one blissful day, children across the world won't be able to differentiate 8 tiny reindeer from 8 dead dodos.

The long war between mankind and deerkind may finally be nearing the end. And we only had to kill the entire ecosystem to do it. What a small price to pay for total global dominance. Way to go, humanity!