The hardest thing to learn in Wriphe is which bridge to cross and which to burn.

I know that it's still Football and Batman Month, but this movie rundown has no Batman or Football content in it. Sorry about that. I'll try harder next year.

109/2118. We Met in Virtual Reality (2022)
This documentary shines such a colorful spotlight on some of the most virtuous and positive aspects of the virtual reality metaverse that it often feels like a sales pitch. If I didn't already have decades of personal experience that the reality seldom matches the brochure, I might have been swept away. Still, it *is* nice to think that someday maybe we *can* build such a utopia. (If you ask me, no place can be a paradise without Coca-Cola.)

111/2120. Promising Young Woman (2020)
I like a good revenge movie, and this is a great revenge movie especially because instead of terrorists or mafia, the villains are apologists for boys-will-be-boys sexual misconduct. It also helps that the cast is chock full of talented comedic actors, an unusual casting choice that really underlines the theme of a two-faced society. Recommended.

112/2121. Danger Lights (1930)
The "danger lights" in the title are railroad markers that warn engineers of obstructions on the track. In this case, the danger is a love triangle. It's not a great film, but it does have some great shots of period railroads. Consider it an historical curiosity.

113/2122. Licorice Pizza (2021)
A very episodic story of a May/December romance based on actual events in early 1970s Los Angeles, Licorice Pizza gets by largely on the freshness of its lead actors. As you must know by now, I'm a sucker for coming-of-age stories, even when the outcome of the love story seems completely unearned. 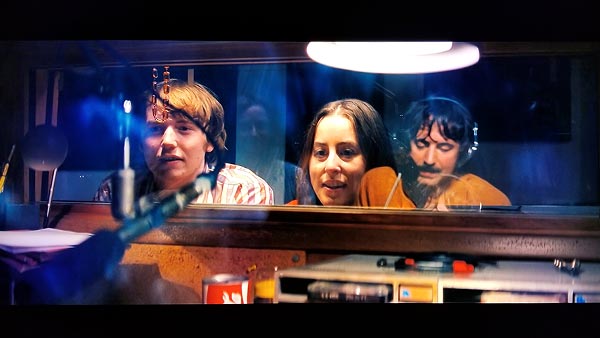 Everytime I'm about ready to swear off visiting Twitter forever, I find something like this that changes my mind: 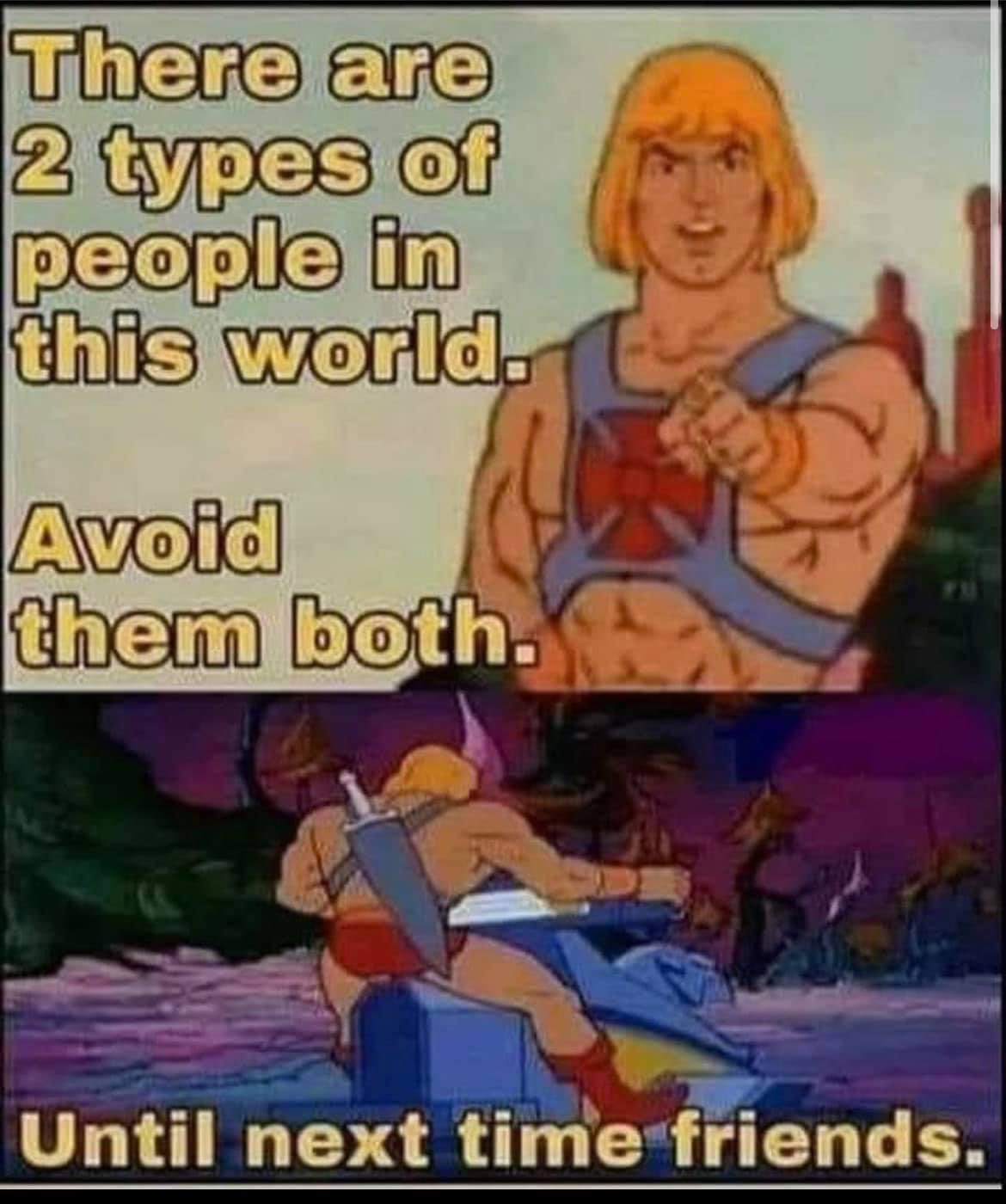 I really miss those moralizing PSAs at the end of television shows so common in the 70s and 80s. I guess they did their job so well that we don't need them anymore. Thanks, He-Man!

How'd that old commercial go? "You got chocolate in my Batman!"

I didn't know it when I picked this up at my local Fine Foods Store, but this is the third year Hershey's has produced a DC's Super Hero Bar. I think it's a fun idea, even if the candy itself doesn't really seem to understand how sequential art is supposed to work. 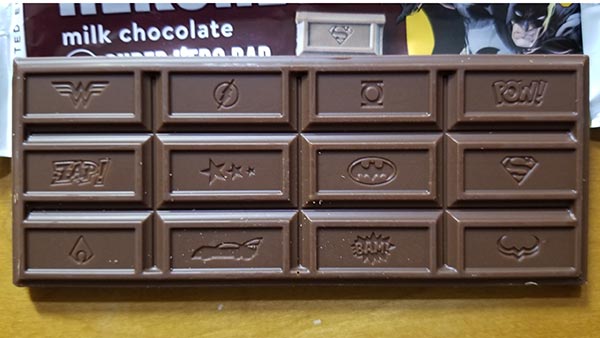 This reminds me that back in art school in the 90s, I made a white chocolate candy bar in which each "panel" told a different chapter of my life-up-til-then story. I created a custom wrapper, too. I assure you, it looked better than it tasted.

By the way, don't miss out on International Batman Day 2022, which Warner Bros has decided is tomorrow, September 17. (It used to move around the calendar a lot, but this "holiday" seems to have settled into the third Saturday in September in recent years.) Celebrate it however you like.

Quig had never cared much for philosophy, and he certainly hadn't lived a squeaky-clean life, but this mission was making his fur tingle. He forced himself to watch as the scanner tracked the plasma torpedo to its target before reporting his latest morbid success. "Scratch the last escort. That's two more lives lost."

"We wouldn't be able to outrun them on departure," Sahara said by way of justification. "It had to be done."

Maybe it was necessary, Quig conceded, but did it have to be done by him? He'd spoken out against her original plan to fly the Corona's Light into the sun on the grounds that too many relatively innocent people would be killed. Yet somehow, in her newer, "kinder" plan, Quig had ended up with all the deadliest tasks. He suspected that wasn't an accident.

First, in deference to his superior programming skill, he had been assigned the task of using the bridge computers to modify the security droid protocols, which had undoubtedly resulted in some crew fatalities. Then, ostensibly because only he had the necessary talent, he had been required to alter the ship's life support system to flood Eye One's state room with toxic gas, killing Eye One as well as his butler, chef, secretary, and bodyguards. Finally, with Cobryn busy preparing the Chutoi for departure and Striker One confirming Eye One's death, only Quig was available to rejoin Sahara on the Corona's Light's bridge and eliminate the fighter escorts. That was what, at least a dozen sentients dead by his hand now? He was legitimately a serial killer.

He reminded himself that their goal was the dismantling of a system-spanning criminal organization. If some people had to die on the way to that greater good… well, it was a rat-eat-rat galaxy.

Sahara interrupted his gloomy thoughts. "Before we depart, let's teach these dogs a lesson they won't forget about crossing the Wolf Pack. Jettison a suite."

Quig moved to the abandoned captain's station and found the sequence that would fire Eye One's luxury state room slash escape pod. A moment later, he felt the floor vibrate slightly as he triggered the pod to fire away from the superstructure. Trapped by the sun's gravity, all evidence of how Eye One had been killed would soon be burned away. No one would be the wiser that he was killed by a small band of freedom fighters....

Except, Quig realized with a start, someone would surely realize that the occupant of the only pod launched was one of the solar system's most influential criminals. That someone was sure to kick over every anthill on every planet until they found who was responsible.

Quig thought fast. But what if Eye One's wasn't the only pod launched? That just might work.

No one wealthy enough to afford a suite on the Corona's Light could be truly innocent. Quig triggered the launch of two additional suites. One he chose at random; the other was occupied by the man whose name appeared on their invoice for nabanas. Anyone who imported that much fresh exotic fruit across the galaxy for his personal consumption deserved to die.

Sahara grabbed Quig's shoulder. "What are you doing? I said jettison just one!"

Disappointed that she hadn't understood his intentions, Quig snapped back, "You wanted it to look like that dumb Wolf Pack killed Eye One by accident, didn't you?"

Sahara glared at him, her irritation made more obvious by her twitching antenna. She flicked her eyes sideways; Quig followed her gaze to the captain and the rest of the restrained bridge crew he'd forgotten all about. He gasped at the realization of what he'd done. They must have overheard what he said, and Sahara would never let them live to repeat it. Quig had gotten so good at killing, he could even do it accidentally.

"Go," Sahara ordered coldly. "Tell the others we're leaving. I'll clean up this mess myself."

Quig obeyed meekly. His saluted the Corona's Light captain and crew through the closing elevator doors, knowing he would be the last person outside that room to see them alive.