Wriphe is to be enjoyed, not endured.

You might think that's a pretty big number. It is.

You might ask what that's good for. Not a damn thing.

You might say no sane person would willfully spend so much time accruing meaningless statistics. That's a fair point.

Now if you'll excuse me, I've got to go check Google Maps to see how many more miles I have to drive before I would have reached the moon. (Only 192,000 more to go!)

While we were on the way to a second place finish at trivia last week (where we learned that a flute is a woodwind instrument and a Philco Predicta was a television), friend Keith was amused by my phone lock screen and background. I assume that's because he is envious and would like to use them himself. So here you go, Keith. 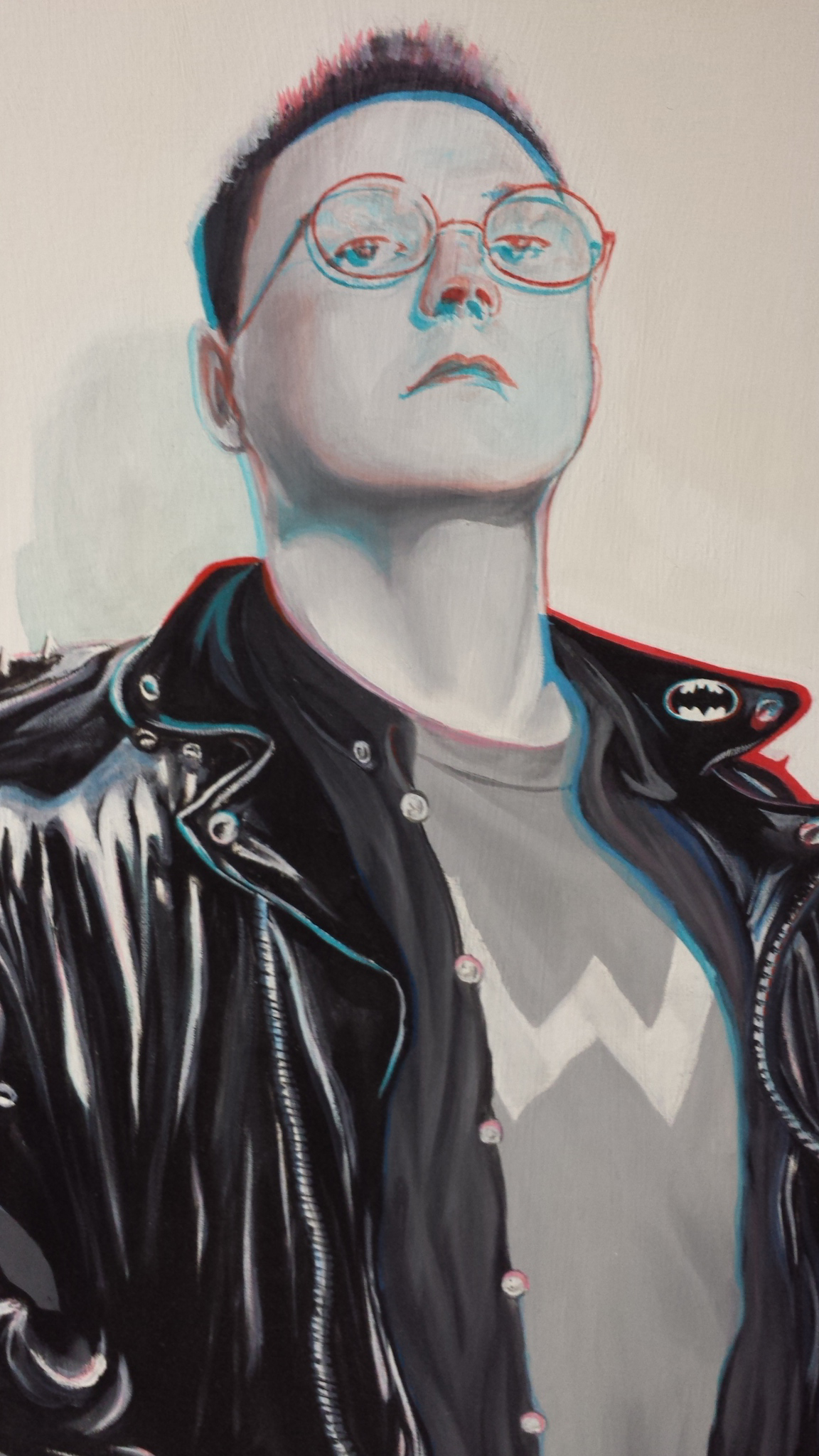 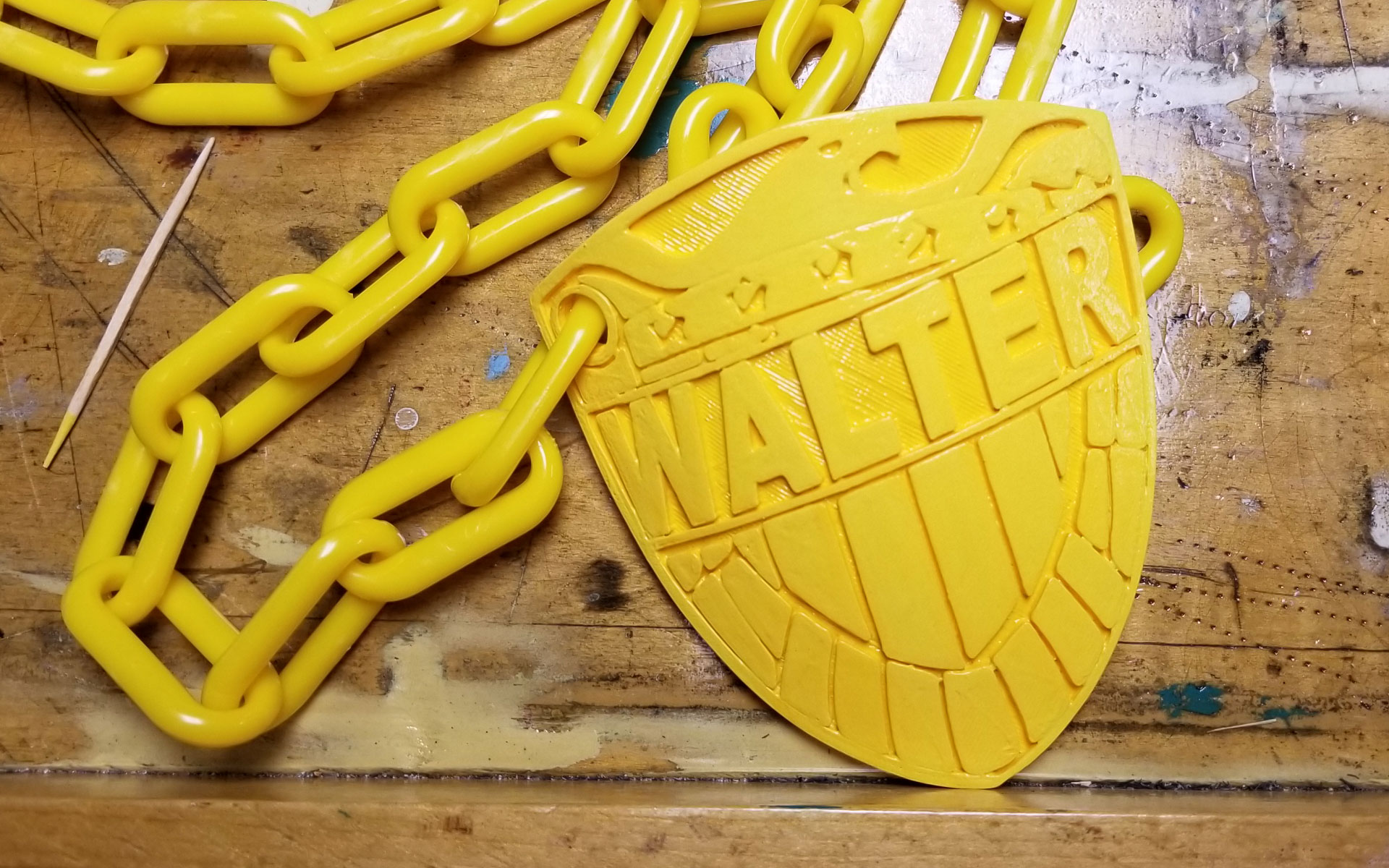 Ask yourself: is it vanity that I have my name and face all over my devices, or is it that I want everyone to know who they belong to? 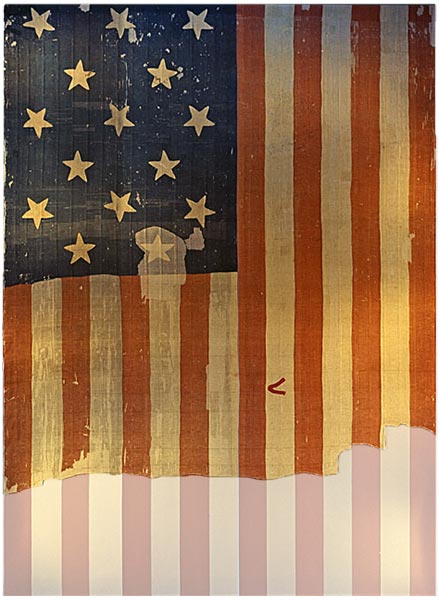 Those of you who know why know why.

Those of you who know why know why.

Ken Harrison Posted Feb. 22, 2018 at 11:44:02 PM
I don't know why, but that's okay. What I DO know is that I was vastly unappreciative of the vast amount of talent was in this group when it came out. I remember my mom being thrilled about it mainly because she was such a huge Roy Orbison fan. It's a shame he barely lived long enough to see what a success it all was. I find myself enjoying their music more now than then.

Wriphe [Official Comment]: Posted Feb. 23, 2018 at 01:26:32 AM
The trivia question was: "Which band has had all of its members inducted into the Rock and Roll Hall of Fame as individuals but not as a band?" I thought the answer was rather obvious.

Dad has always been a huge fan of George Harrison's work, both with the Beatles and solo (I don't know how many times I've heard "Crackerbox Palace"), so Traveling Wilburys music was played very often in the car. I discovered Petty's genius in the late 80s and Jeff Lynne at the start of the 21st century. Maybe one of these days I'll learn to appreciate Dylan.

When I decided I was going to feature the Wilburys, I chose to post this video because I thought the catchy hook ("It's all right") would be most likely to trigger the memory of my target audience, but my personal favorite Wilburys song is "Handle with Care." I love its lyrics. It's safe to say that it will never be featured in my New Years Poetry tributes to really dumb pop music.


Bill Ingram Posted Aug. 27, 2018 at 08:57:49 PM
You picked my two favorite Wilburys' songs. Del Shannon ( "Runaway", etc.) was to join the Wilburys on the second album, to replace the incomparable Orbison. Unfortunately, Mr. Shannon committed suicide before it could happen. Friends trying to help a friend. Done too soon. 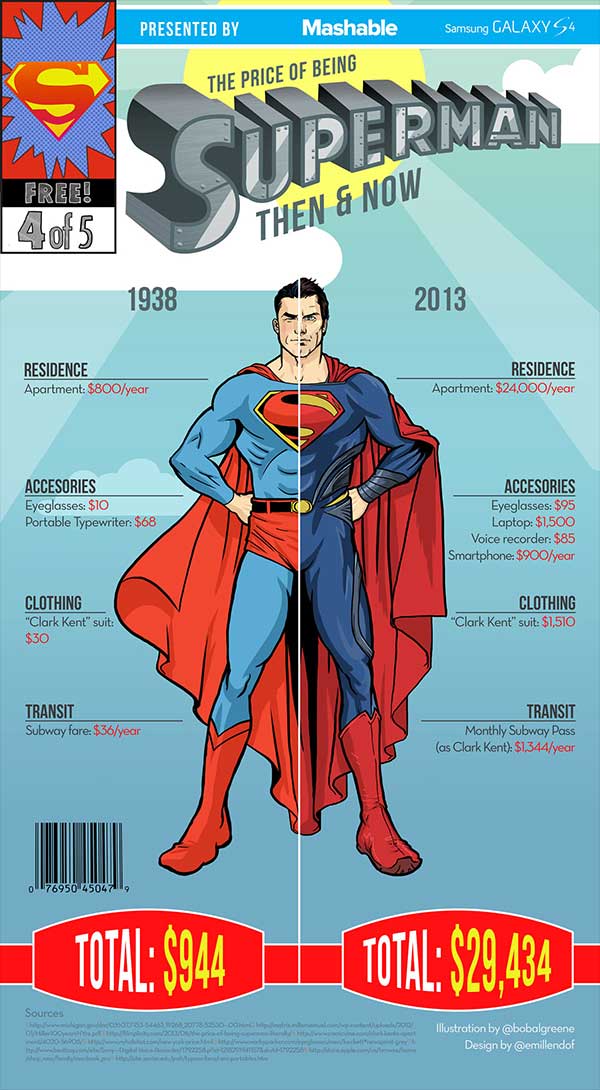 I stumbled upon this not-quite-as-informative-as-it-pretends-to-be image yesterday. For unknown reasons, it tells you how much Clark Kent would have paid for rent in 1938, but not what his power or grocery bills would have been or how much of his salary as a newspaper reporter would have been consumed by his listed expenses. (Hint: even adjusting for inflation, he'll do a better job saving for retirement in 2015. Assuming he could find a paper to work for.)

I went to trivia last night and totally blew off the question "What did the 'u' stand for in the defunct UPN Network?" as too easy. I was certain the answer was "Universal." I was wrong.

I knew that it was Paramount's television network, but I incorrectly assumed that it had been a joint venture between Paramount and Universal. It wasn't. UPN was a solo Paramount project.

Perhaps I confused UPN with the Paramount/Universal joint venture UIP, formed in the 1970s to release their films internationally. Too bad for me, the 'u' in UIP doesn't stand for "Universal," either.

Brian, the next time I tell you that you are wrong about something, you can point to this post and say, "I was right about 'United'." Hopefully, the memory of this one time I was wrong and you were right will console you when I prove you are wrong about whatever we're talking about now.

APPENDIX 2014-09-17: Given that it is Batman and Football month, I should mention that one of the questions at trivia was "What Batman villain, according to one origin story, was originally known as The Red Hood?" That question really was too easy! Sadly, there were no questions about football.

The 2012 New Oxford American Dictionary Word of the Year is "gif." That's right, "gif," as in the acronym for Graphics Interchange Format, a digital image format introduced to the world by CompuServe in 1987 and largely replaced in the 21st century by the patent-free Portable Network Graphics ("png") format. "Gif," pronounced either as "gift" without the "g" or as the peanut butter brand Jif, depending largely on what side of the Atlantic Ocean you're on, has finally climbed to the top of the logophile heap, and all it took was changing into a verb.

I'm not one to doubt the wisdom of the editors of the New Oxford American Dictionary, but I can't say that I've heard the word "gif" used as a verb yet. The archaic gif, unloved and abandoned by digital imagery professionals, now survives thanks to amateurs who have found that it makes a handy universal format for animating and sharing brief clips of children being attacked by animals and adults earning Darwin Awards. If anything, it's not "gif" that should be awarded, but "ISP," for finally building the Internet's tubes large enough to support the ridiculously bloated size of animated gifs.

Ultimately, I have to guess that if a 25-year old word is the Word of the Year, it must have been a slow year for words. Seeing the hoopla that "gif" got, I thought I'd take a look back at past words honored by the New Oxford American Dictionary:

It's almost like looking into a time capsule! All of those are zeitgeist words. Who refudiates anymore? I guess that means that in a few years, we won't even remember that in 2012 we giffed.

We have some new across-the-street neighbors. Yesterday as I was walking the dogs, their toddler ignored her father's shouts and began stumbling her way across the lawn to reach my poodles. When daddy finally caught up to his little girl -- right by the street, I might add -- I jokingly asked if he needed to borrow one of my leashes. He didn't seem to think that was too funny. Some people can't take a joke.

While we're on the subject, I should mention that I used to think those child leashes were a modern invention. Maybe this is because they are surprisingly controversial. If you want to pick an argument in a room full of mothers, simply start a discussion about bottle feeding, vaccinations, or toddler leashes. Be sure to have an exit strategy planned first, because it's going to get ugly.

But watching Picnic earlier this month belied that belief. One brief shot lampoons the weary mother with two toddlers straining to run in opposite directions. The children are restrained only by, you guessed it, toddler leashes. That film was made in 1955, and the sight gag must have been already an established trope for it to be included as a bit of comic relief. After all, the film's setting is small-town Kansas, hardly the bleeding edge of society.

So just how long have people been tying rope to their children to keep them in tow? A quick Google search tells me that at least as early as the 18th century, children's fashion occasionally included "leading strings," or long cloth straps attached to the shoulders which served a similar purpose as today's toddler leash. Does that mean that a young George Washington was once led around by his father like a standard poodle? I cannot tell a lie: I like to think so.

Name the Broadway play about Rugby that appeared on the 1973 cover of Sports Illustrated."

Despite having nothing about to do with boxing, that question about "The Changing Room" appears on the "boxing" card. Technically, that's not even a sports question, so how about another?

Who finished as the runner up behind John Daly in the 1991 PGA Championship?

Of course, everyone knows that the answer to that question is Bruce Lietzke, right? Wikipedia tells me that second place finish was Lietzke's best finish in a major ever, so how dare I not know his name! Maybe I should stick to football questions.

The Chicago Bears routed the Washington Redskins in the 1940 NFL Championship Game. What was the score?