People can start out one way and by the time Wriphe gets through
with them, they end up completely different.

For future reference, I'm going to put this here. (I'll probably talk about it again later. I just need a bookmark of sorts. For reference, Kelley is my mother's only sister.)

Todd Martin Shaddix was killed in a vehicle crash on March 18, 2020.

He was born December 8, 1962 to Aubrey Earl Shaddix, Jr. and Mary Wylene Barnes. He was a lifelong resident of Coweta County and attended Newnan High School. He and his wife, Kelley, were happy together for over 35 years.

He was an animal lover who supported the Newnan Coweta Humane Society for more than two decades and in recent years, the H.E.L.P. Spay Neuter Clinic. He showed great compassion and love for the animals he helped on a daily basis. He was a five-year oral cancer survivor. Todd will be terribly missed by his family and friends.

He is survived by his loving wife, Kelley; his sister, DeeAnna Sherrer; nieces, Kaley Yancey and Kaitlyn Robertson; great-nephew, Wyatt Yancey; and his beloved pets.

A memorial services may be announced at a later date. In lieu of flowers, donations may be made to the H.E.L.P. Spay Neuter Clinic, 12 The Cresent, Newnan GA, 30263.

Condolences may be expressed to the family online at McKoon.com.

Says the President of the United States in a live address to the American people at 9PM EDT:

We will be suspending all travel from Europe to the United States for the next 30 days. The new rules will go into effect Friday at midnight. These restrictions will be adjusted subject to conditions on the ground. There will be exemptions for Americans who have undergone appropriate screenings, and these prohibitions will not only apply to the tremendous amount of trade and cargo, but various other things as we get approval.

Says the President of the United States in a tweet to the American people at 10:15PM EDT:

Hoping to get the payroll tax cut approved by both Republicans and Democrats, and please remember, very important for all countries & businesses to know that trade will in no way be affected by the 30-day restriction on travel from Europe. The restriction stops people not goods.

The takeaway: The President of the United States revealed on television that we trade people.

While I'm glad that he's finally taking a global pandemic seriously, I wish it wasn't the Cholera pandemic of 1849.

As much as I love cemeteries, I hate funerals. Too many living people.

Miss Polly was my grandfather's classmate and grandmother's best friend. She deserved that I put on a tie (poorly) for the first time in nearly a decade (it is NOT like riding a bike) and stand in the frigid rain. All funerals should be in the rain, if you ask me. Suits the mood.

To mark the occasion, I had this picture taken with my phone. 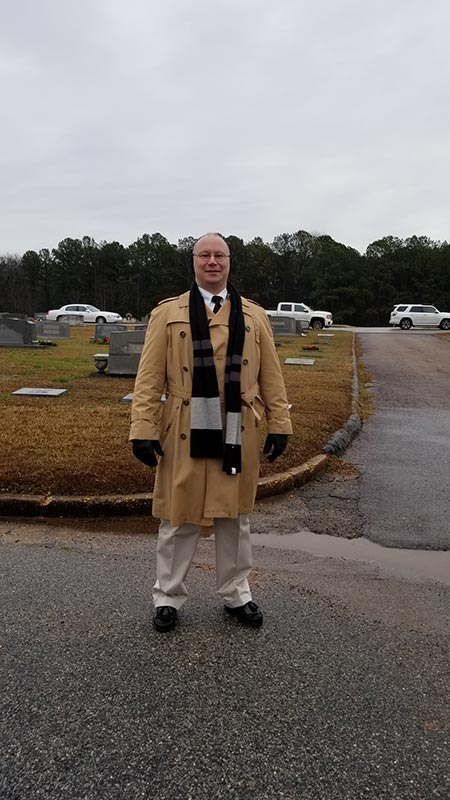 It is not the vision I imagined, but I did learn a valuable life lesson: don't try giving artistic direction to mourners at a funeral.

Or maybe just don't go to funerals, period. Could be either. I have a hard time figuring the moral of a story.

In the past 48 hours, at least 35 people were shot in Dayton, Ohio and another 46 were shot in El Paso, Texas. Those are the headlines, but they're only the tip of the Titanic-sized iceberg that is gun violence in America.

Excluding suicides, over 26,000 people have been shot in the USA this year to date, which puts us on pace for 44,000 by the end of December. By those numbers, an American has a roughly 1 in 74,000 chance of being shot each year. That's only slightly worse than the odds that you'll die in a motorcycle accident. Except, of course, that to die on a motorcycle, you have to first be *on* a motorcycle. The person who shoots you will generously donate the necessary bullet.

Right now, it seems there's not a whole lot you can do to avoid getting shot. Night clubs, bars, and retail stores seem to attract shooters, but so do schools and churches. Outdoor festivals are popular, and your workplace is a death sentence waiting to happen. Sadly, you're most likely to get shot in your own house by a member of your family, so staying home is no help.

About all you can do for sure is stay away from other people entirely, and even that is no guarantee. My friend Randy, who lives a good fifteen minutes from anything I would call civilization, has had people shoot into his house from the street 100-yards away, apparently just to see if they could. Guns are cool!

Personally, I love attending live sporting events. So far, those have been generally bullet-hole free, but that's clearly only a temporary condition. I hope I don't get shot at a football game. I probably won't; many people ride a motorcycle their whole life without dying on one. But if the worst does happen, know that I was shot doing what I loved: running in panic from someone shooting people. U-S-A! 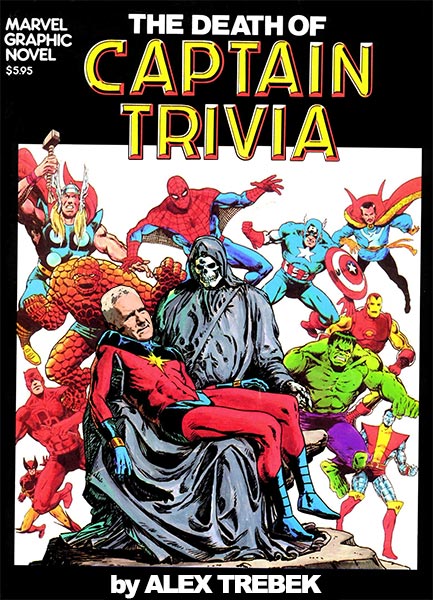 The National Safety Council says that the odds of an American dying from a fall are 1 in 114. That's about twice as likely as the chance of death from a gun assault (1 in 285) but five times more common than the chance of dying while going for a walk (1 in 556). The specific odds of dying from falling down the stairs is 1 in 1,662. Yesterday morning, I nearly became a statistic.

I woke up early to take July outside to go potty before the bad weather rolled in. I didn't bother to change shoes and wore my slippers in the dewy grass. Returning to the house, I wiped her wet feet but not mine. Then we both went back downstairs to return to bed. Thanks to my slippery slippers, one of us went faster than the other.

Spoiler alert: I didn't die. But I do have an uncomfortably twisted ankle and abrasions on my elbows. And I've certainly learned a valuable lesson. From now on, the dog can go potty in the rain.

A) The National Safety Council reports that as of 2017, Americans are more likely to die from an accidental opiod overdose than from a car accident.

B) I don't take opiods, so I cannot overdose.

C) Therefore, I must not be an American. 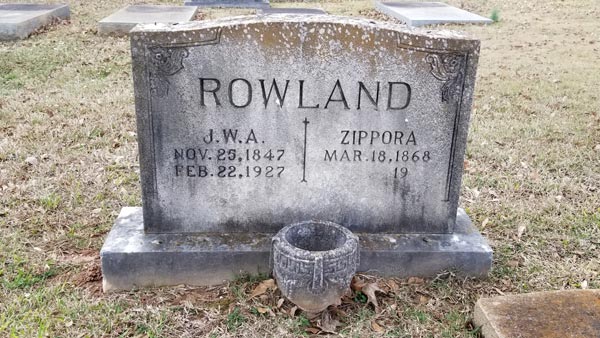