I'm sorry to have deceived you so much, but that's how Wriphe is.

I was hungry (and a little bored), so I decided to make myself a plate of chocolate chip cookies. 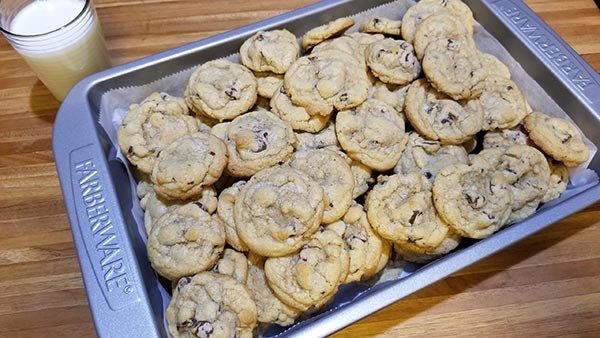 Now I'm full (and a little sick). Turns out that you can have too much of a good thing. 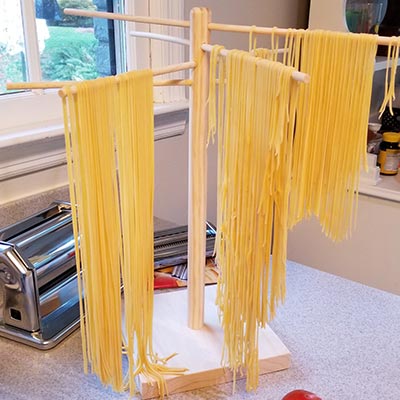 That there, that's homemade spaghetti. And I made it! And it tastes great!

Yeah, I know. People have been making homemade pasta — essentially just flour and eggs — for centuries, maybe millennia. But none of those people have ever been in my kitchen.

As it happens, my father gave me the pasta roller/cutter and drying rack you can see in the image above for Christmas... Christmas 2019. (I might even have asked for them.) Which means I've had them throughout the pandemic of 2020-21. Despite all the "free" time that gave me away from restaurants, I never made any pasta until now. Why not? I guess I was intimidated. I thought it would be a lot of work. Turns out it is.

I got the recipe from my favorite cookbook, The Joy of Cooking, and I used advice I've picked up over the years watching Joe Bastianich criticize would-be Italian cooks on MasterChef. ("Salty like the ocean!") I understand now why that show always has so much footage of people struggling with pasta rollers. While the dough itself is a breeze, the little home consumer counter-mounted pasta roller is a bastard. I christened mine "Mussolini's Revenge."

So it is all a lot of trouble, but it might be worth it. I can now attest firsthand: fresh pasta is good eating.

Ah! I remembered what I forgot on Thursday!

I was going to mention that I have now eaten at Wishbone Fried Chicken.

That might seem like a strange thing to say in 2021, considering that the Wishbone Fried Chicken franchise went defunct decades ago. 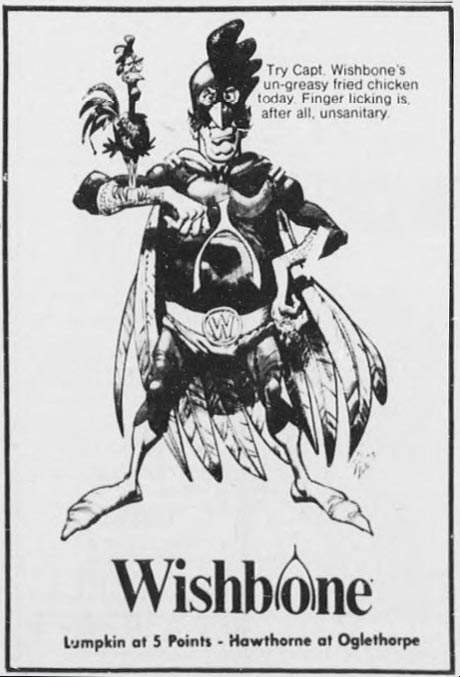 Wishbone Fried Chicken was founded in 1960 by Atlantic Company, formerly Atlantic Ice and Coal Co. which had been created from a merger of three other companies in 1903 by one Ernest Woodruff, the man who bought Coca-Cola from Asa Candler. After a series of more mergers and name changes, Atlantic Jackson-Atlantic Munford Inc. — ultimately re-named by CEO Dillard Munford in honor of the company president, Dillard Munford — had as many as 102 Wishbone locations being run out of Atlanta in 1971, some of which were located inside Munford's own Majik Market convenience stores. (Franchisee solicitations claim there were 57 total Wishbones franchisees in 8 states in 1973.) After selling out to corporate raiders in 1988, Munford (the company, not the man) was declared bankrupt in 1990, and its assets were liquidated or shuttered. The refrigeration company was spun-off to become Americold, which still exists. Wishbone Fried Chicken doesn't.

But the location just a block off the court square in Newnan, Georgia, on the same lot it has occupied since 1970, perseveres with its original signage and franchise signature triangular potato cakes in pecks and barrels. The store has a rabid local following which always intimidated me, though I can now understand why its fans are so committed. They serve some pretty darn good fried chicken, even if "un-greasy" is not exactly how I would describe it. 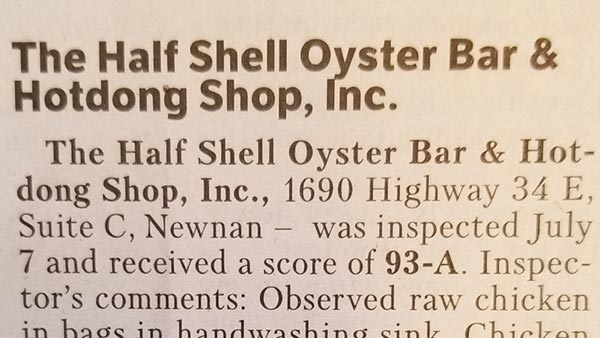 I decided I needed something sweet to eat, so I made the Southern Living Chocolate Pound Cake with Chocolate Glaze. It's an easy recipe, and everything went great...

Until I moved the cake from the cooling rack to the serving dish for icing...

Dammit. No cake for me. 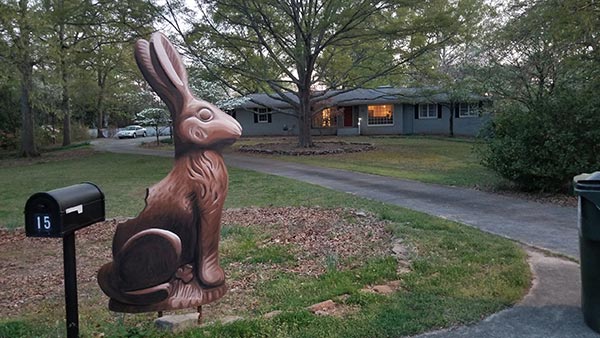 Second try on gingerbread cookies. This time I used a 50% smaller cutter, but I only cut the bake time by 25%. Oops. As a result, they're a little crispy. At least they're well dressed. 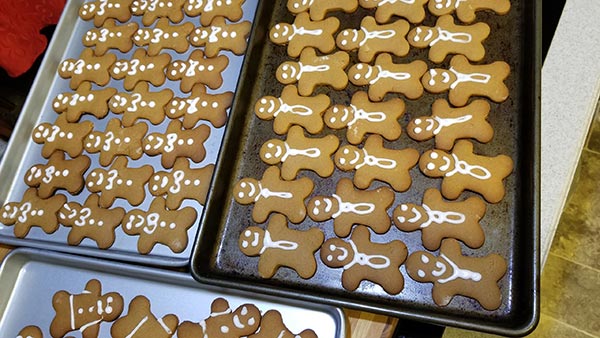 Frankly, the taste is nice enough, but they could be burnt crisp and I'd still like them. The scents of gingerbread and peppermint are the best things about Christmas.

Next year: colored icing. (I think I'll make that my New Year's Resolution.)

Last year I vowed that instead of gingerbread houses in 2019, I would make gingerbread men. It was a good decision. 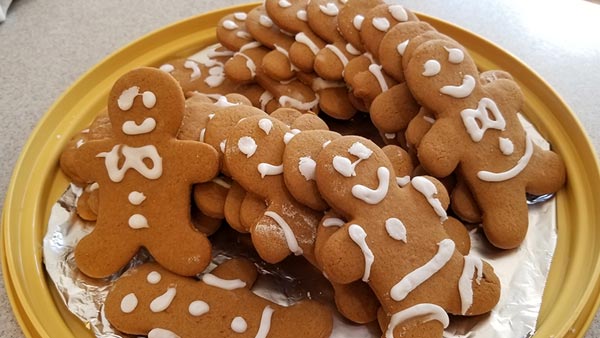 I looked at a bunch of gingerbread cookie recipes before deciding which to use. (I didn't want to use my house recipe because I wanted cookies that didn't have the texture of drywall.) Like apple pie recipes, most gingerbread recipes are very similar, deferring primarily in the ratio of flower flour to butter. The one I decided I liked best I found in the Tis the Season Holiday Cookbook (2000) by Mary Engelbreit. It must have been another good good decision. I made 2 dozen on Friday, and they were all gone by Sunday.

As you can see, I had some trouble with piping the royal icing. My first try was too thin (overcompensating for the 2018 disaster), and the second batch popped the seam of my makeshift Ziploc pastry bag. I got the hang of it only relatively late in the game.

Now that I know what I'm doing, I guess I'll just have to make some more.

cam Posted Dec. 16, 2019 at 05:59:27 PM
Walter, They look yummy. You know I am a terrible speller and my grammar is even worse but I love your flower and butter ratio. Perhaps next year maybe you could make ginger flowers.