Why does Wriphe keep teaching me lessons I have no desire to learn?

In order to ensure that my 45th year is happier than the year that came before it, my birthday present to myself was deleting Twitter from my phone. Now I just need to hope that 2021 is also an improvement over 2020. Maybe it will get rid of Twitter, too.

So all that and a bag of chips. By which I mean I also bought a bag of BBQ potato chips at the Little Giant grocery store down the street as a birthday treat. I'm sorry to say that it made me feel about as bad as Twitter has lately.

Note to self: don't eat a whole bag of chips in one sitting. You're not 15 anymore. 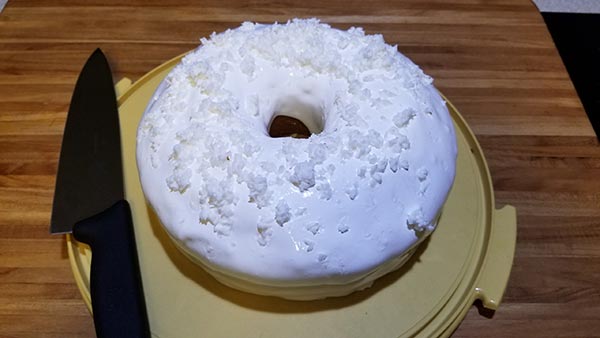 Batman Day was this past Saturday. It should not be confused with Batman's birthday. According to the 1976 DC Comics Calendar, Bruce Wayne was born on February 19. Or April 7, depending on whether we're talking about the Earth-1 or Earth-2 version. (Don't even get me started on Earth-3.)

If you missed the date, don't blame yourself. Batman Day crawls blindly around the calendar like its namesake. In the past five years since it was created, it has never been held on the same date twice: July 23 (2014), September 15 (2018), September 17 (2016), September 23 (2017), September 26 (2015). If you can find a pattern in those dates, congratulations! You can be the super villain who crashes Batman Day 2020. You can call yourself "The Sequencer" and wear a costume covered in brilliantly colored, shiny sequins. Trust me; that's how comic book villains work.

In celebration of the "holiday," 10 cities across the globe gave promoters permission to shine the Bat-signal on their skylines despite it not being a Bat-emergency. Fans in Barcelona, Berlin, Johannesburg, London, Melbourne, Mexico City, New York, Rome, Sao Paulo, and Tokyo. That's a lot of cities for one hero to visit in a day. Batman's a billionaire, not Santa Claus.

The event advertised participation in 13 cities, but Los Angeles denied permits and Paris had an infestation of anti-government rioters (a situation that sounds more like a job for Superman). Meanwhile, Montreal's celebration was interrupted by a nutcase with a megaphone, which if you ask me, is about as Batman as it gets. 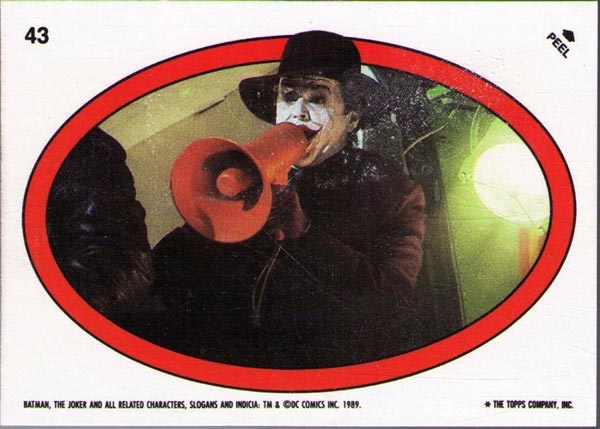 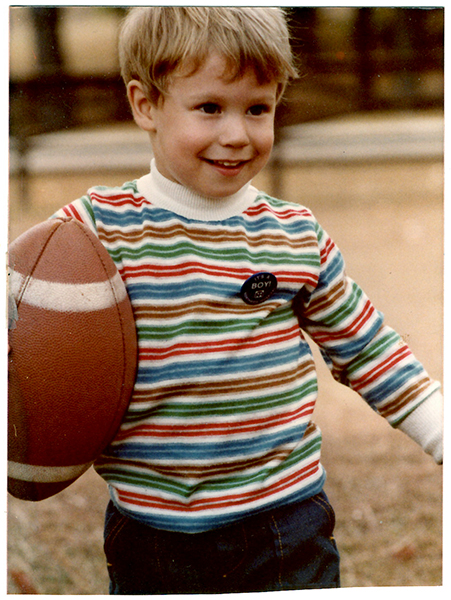 Take that ball and run with it, boy!

On May 16, House Bill 135 was reported to the Ohio House of Representatives State and Local Government Committee. House Bill 135 seeks to amend section 5.49 of the state's Revised Code to read:

Sec. 5.49. The twelfth day of June is designated as "Superman Day" to recognize the Ohio birthplace of one of the creators of the superhero who stood for "truth, justice, and the American way." For on this day, let it be known that Superman is faster than a speeding bullet, more powerful than a locomotive, able to leap tall buildings in a single bound. Look! Up in the sky! It's a bird. It's a plane. It's Superman!

Sadly, as of this date, the bill remains only a House Bill, having not yet passed the House much less the state Senate, where it hasn't even been introduced yet. Therefore, it doesn't look like Superman Day will be June 12, 2017. Fortunately, there are plenty of other dates on the calendar for the Man of Tomorrow.

Way back in 2013, DC Comics declared June 12 "Man of Steel" Day in advance of the movie of the same title, and some people have celebrated the day ever since. (Americans love their stupid, corporate-manufactured holidays.) I'm not sure why June 12 was selected. The movie opened on June 14. To be fair, Action Comics was cover-dated June, 1938, though it was actually most likely released April 18.

Since this bill specifically references Superman's creators, it's worth noting that the birthday of Cleveland-born Jerry Siegel, Superman's co-creator, is in October — 10/17/1914, to be specific. Comparatively, Siegel's partner, Joe Shuster, was born in Canada in July. And, of course, Superman's birthday has (almost) always been February 29. (At least since 1976.)

So June 12 is as good a date as anything, I guess.

In any event, I'll be perfectly willing to celebrate Superman Day whenever Ohio gets around to approving it. Just don't wait too long, guys. Superman might not age, but we're not all so lucky.

Opened my browser today and this: 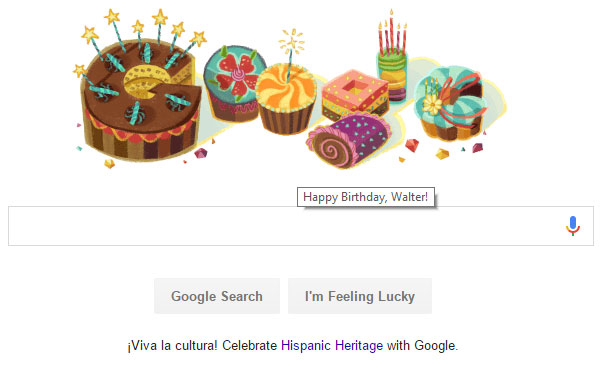 It's always nice to be reminded that Big Brother is watching. Next time, I'll put on pants before turning on my computer.

(Did they have to put bugs on my cake? I'm getting a very mixed message here.)

We interrupt your regularly scheduled year to remind you that today is Leap Day.

Trivia: February 29th was introduced to the Gregorian Calendar in 1582, but the need to insert an occasional extra day or two in the calendar year to keep the solar and seasonal cycles aligned has been recognized by astronomers for thousands of years. 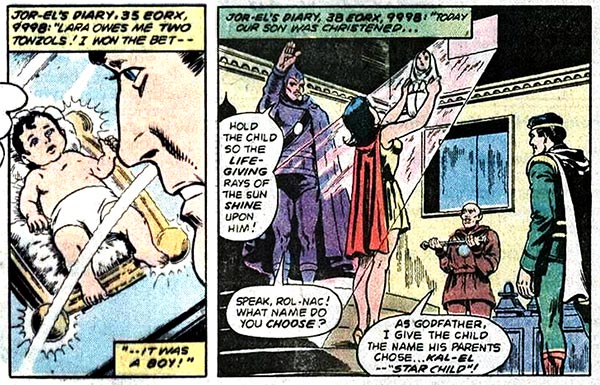 Fact: February 29th is Superman's birthday. At least that's what happens when DC Comics translates the Kryptonian date, the 35th fanff in the zetyar of Eorx in the amzet 9998, into the Gregorian calendar. Who am I to doubt DC Comics' math?

We now return you to your regularly schedule year already in progress.

Wriphe [Official Comment]: Posted Feb. 28, 2016 at 11:47:00 PM
If you'd like to kill a few hours reading some real research into when Superman's birthday really is, I recommend a visit to dcmultiversehistorian.wordpress.com/2015/11/24/when-is-supermans-actual-birthday/.

Ken Posted Sep. 23, 2015 at 10:46:26 AM
Happy birthday, and welcome to the club. Benefits include worsening eyesight (virtually immediately) and more forgetfulness!

Whoops. Skipped a day there, didn't I? It wasn't a mistake. I just didn't feel like turning on my computer and blogging after baking a yellow cake from scratch for my father's birthday. 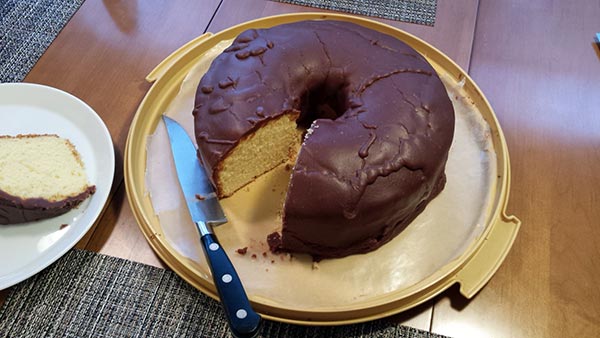 Of course the cake wasn't really the hard part. No, that was the boiled icing. My maternal great-grandmother used to be a baker of some local renown, and her recipies, like all ancient texts, are something of an enigma to decipher. However, after some trial and error over the years (plus a quick review of pertinent information in The Joy of Cooking and a tabbing through Google for "boiled chocolate icing"), I've got the icing down pretty good.

Stir on high until it boils, turn down and cook to 230° or until it forms a soft ball in water. Let it cool about 20° before stirring. Add vanilla (1t), beat until it doesn't go back into itself too quickly. Put onto cake. Cools quickly after beginning to ice.

Momo wasn't kidding. If you attempt this yourself, know that you have maybe a minute (or maybe two, tops!) of working time to spread that icing. Once it leaves the heat, it starts forming a hard, delicious shell of chocolate.

(Note that this was a food exchange: I made my great-grandmother's cake, and he made his mother's grape leaves. The cake might have been a lot of work, but I'm pretty sure I came out ahead in the deal.)