Someone has to die in order that the rest of us should value Wriphe more.

It's enough to make even a misanthrope like me wonder if there's still enough time to figure out how to chase my blues away. I've done all right up til now. It's the light of day that shows me how. And when the night falls, loneliness calls.

Comments (0) | Leave a Comment | Tags: holidays i wanna dance with somebody who loves me music new years whitney houston 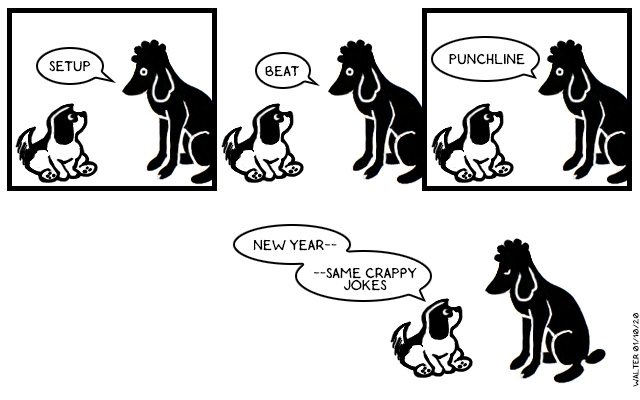 I'm starting to suspect that the Internet isn't the good thing I thought it was when I first met it in the early 90s. What happened to the promise of having humanity's aggregate knowledge available for everyone to use to build a better life? Society should be getting smarter, not dumber. And yet it seems all the web is used for anymore is to drive wedges between us. That's not right, is it?

When I have doubts like this, I turn to the wisdom of the ancients. This is what I hear when I listen:

I can't fight this feeling any longer,
and yet I'm still afraid to let it flow.
What started out as friendship has grown stronger;
I only wish I had the strength to let it show.

I tell myself that I can't hold out forever.
I said there is no reason for my fear
'cause I feel so secure when we're together.
You give my life direction; you make everything so clear.

And even as I wander, I'm keeping you in sight.
You're a candle in the window on a cold, dark winter's night,
and I'm getting closer than I ever thought I might.

And I can't fight this feeling anymore.
I've forgotten what I started fighting for.
It's time to bring this ship in to the shore,
and throw away the oars, forever.

That may sound like a mixed metaphor, but that's how the great prophets always communicate. (If they just came out and *said* what they meant, we wouldn't ever learn anything, would we?) Clearly it means we're all in one boat and should be working to sail in the same direction, people.

If necessary, let us disagree on the method by which we can best reach the future but not the fact that we all want that better future for ourselves and our neighbors. Together, we can overcome the deluge of misinformation flowing down the information superhighway as we drive our speedwagon to the future! Onward and upward in 2020!

I've seen pictures of my younger self posed in pajamas in front of the refrigerator, but I have distinct memories of only three New Year's Eves in my life.

The first was spent at my uncle's mother's house with my older cousins. It was the 80s, and I barely made it to midnight to drink my non-alcoholic cider before I fell asleep. I probably wasn't 10 years old, but I do remember feeling, perhaps for the first time, like I was a real adult.

The second was while working as a waiter at Chili's in the mid-90s. The restaurant closed at midnight that evening, so the manager on duty brought some champagne for all of us who had to close (my favorite shift). I didn't finish my glass. It wasn't the first bubbly I'd had, but it did cement my opinion that I do not like it. Alcohol isn't my bag, baby.

The third was twenty years ago tonight: New Year's Eve 1999. Mom came from Scottsdale to Athens, and we had dinner at the 24-hour Shoney's restaurant Trey was working in. He had the overnight shift, so Mom and I went back to the house (on Big Oak Circle) to watch fireworks and waited for the Y2K bug to end civilization as we knew it. Good times.

Half a lifetime later, I'm planning on celebrating the calendar change tonight with my favorite pastime: playing video games. I probably won't be making any indelible memories, but I will start the new year while having a good time. Isn't that what New Year's Eve is really about?

I heard on the radio that pessimism is a waste of time. Maybe the invisible person in my car is right. To that end, I'm starting 2019 with a new daily affirmation:

I get up, and nothing gets me down.
You got it tough. I've seen the toughest around,
and I know, baby, just how you feel.
You got to roll with the punches and get to what's real.

Can't you see me standin' here?
I got my back against the record machine.
I ain't the worst that you've seen.
Can't you see what I mean?

Ooh, yeah. I should go ahead and jump. We all should.

Damn, 2017 was a rough year. Death, destruction, disharmony encroached from all sides.

As usual this time of year, I listen to the past for signs of where we can go from here. This is what I heard the past saying:

Baby, I don't understand
why we can't just hold on
to each other's hands.

This time will be the last,
I fear, unless I make it all too clear:
I need you so.

Take these broken wings
and learn to fly again.
Learn to live so free.

When we hear the voices sing,
the book of love will open up
and let us in.

So deep! Obviously these "broken wings" are a metaphor for our culture's injured psyche, a malady we can best heal by coming together and singing. Thank you so much for sharing your ageless wisdom, Mr. Mister.

What can be said about 2016 that hasn't already been said?

As bad as things were for America, Europe isn't doing much better. In a year that saw the Royal Swedish Academy of Sciences award Bob Dylan a Nobel Prize for Literature to a thousands of people involved in sexual assaults in Cologne, Germany, it's no wonder that Great Britain voluntary withdrew from the European Union.

So what does Europe have to say for itself?

We're leaving together,
but still it's farewell.

And maybe we'll come back
to earth, who can tell?

I guess there is no one to blame.
We're leaving ground.
Will things ever be the same again?

Such pessimism! If you thought 2016 was rough, it's just setting the stage for 2017. Hold onto your hats.