I think I might have to give up broadcast television for the rest of the month at least. It's election season (again!), and I just can't take any more liars on my TV lying to me about all the things they say they've done or are going to do. 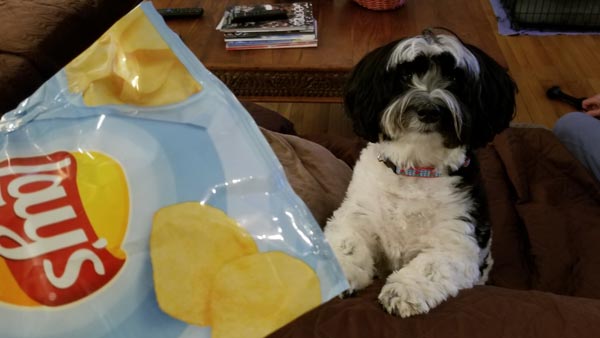 Is it just me, or are the contestants on Wheel of Fortune getting dumber?

Walt Duncan has been an out-of-touch orthodontist since Zits debuted in 1997. At the time, "Walter" had fallen to 273rd in popularity among U.S. baby boy names, according to the Social Security Administration. So, yeah, "old guy" names.

The peak for "Walter" in the United States was 1914, when it cracked the top ten for the only time in the 20th century. (Per ssa.gov: "In that year, the number of births is 8962, which represents 1.312 percent of total male births in 1914.") Perhaps not coincidentally, the most famous Walter in newspaper comics is Walt Wallet of Gasoline Alley, who debuted in 1918.

For the record, there were 2,358 "Walter"s born in 1975, representing 0.145% of all children that year, ranking 112th overall. On a personal note, there were 39,588 "James," or 2.439%, 4th overall. "James" has never fallen out of the top 20 since the SSA started keeping records. If there was a Venn diagram of such things, "James Walter" would represent the popular kid being forced to hang out with a four-eyed comic book nerd.

I would definitely read a comic strip about that.

Note to self: if you order from Papa John's mobile app in the future, remember that "ranch sauce" is not a ranch dressing dipping cup. If you ask for ranch sauce, they replace the tomato sauce on the pizza with ranch.

A. The app could be more clear about this.

B. Why is this even an option? Who has ever had a pizza and thought "this would be better with ranch instead of tomato sauce"? Fuck you, sir.

Ironically, earlier in the day, I had lamented that my own lack of epicurean curiosity may be limiting my enjoyment of life. I wondered aloud if perhaps I was missing out on some of the globe's great dishes by avoiding things like mushrooms and sushi. And the universe answered me by giving me Ranch Pizza. Message received.

Anyway. Pizza night was ruined and my faith in the pillars of American cuisine have been shaken. Life goes on.

I haven't said much lately because I haven't felt I had much to say that was worth saying. COVID still bad. Russia still bad. Everything else still bad. I think that covers all the bases.

I went grocery shopping yesterday. Walking in the door, I passed a sign very clearly instructing all customers that masks were required in the building, but I was the only shopper I saw who was wearing one. I hadn't realized so few people in my town could read.

Two weeks into February, Coweta County has reported already more deaths from COVID-19 this month than December and January combined. I know that death is a lagging indicator (by approximately two weeks), but I don't know how anyone can look at those numbers and think, "Now is the time to stop wearing masks!"

When I was a kid during the Cold War of the 1980s, I used to wonder how long people would stay in their underground fallout shelters after World War III before emerging to see if the world was once again inhabitable. The answer, I now know, appears to be not quite 2 years. After that, hey, radiation poisoning doesn't seem so bad.

One day, when we send people to Mars, will some significant percentage of the colonists decide that they've simply had enough and walk outside of their protective environments without masks? Is that what happened to the Roanoke Colony? "I don't care that it's snowing outside; I'm not putting on another pair of pants!"

Look, I get that wearing a mask sucks. *I* think it sucks. But so long as an ongoing pandemic continues to kill thousands of Americans — and several of my immediate neighbors — every day, I think I can do at least the least I can do to help prevent further spread.

Speaking of quotes that have gotten stuck in my head over the years:

For more information about the song that contains that quote, visit wikipedia.org/wiki/Wear_Sunscreen.

For the song itself:

As I drink my wake-up coffee (because I'm old enough now that I need extra caffeine just to get out of bed), I'm watching the parade for the UGA Bulldogs football team in Athens in the frigid weather.

I was offered my usual seats in Sanford Stadium for the celebration, but I declined. If I wouldn't go out in the pandemic to watch the Bulldogs play football in person this year, I'm certainly not going to go watch them NOT play football.

Obviously, tens of thousands of people are unlike me. If going 40 years between titles brings this many people this much joy, perhaps it would be best if they always went that long between championships. Compare Georgia's current hundred thousand plus to the estimated fifteen thousand Alabama fans in Tuscaloosa last year after Saban won his sixth title in twelve years. There aren't many parades when your report card says "meets expectations."

I'm glad the Dawgs won, and I'm glad it brings people happiness. Just enjoy what we've got while we have it, Dawg fans.

This sure is good coffee.