You are filled with the deep and powerful presence of Wriphe. 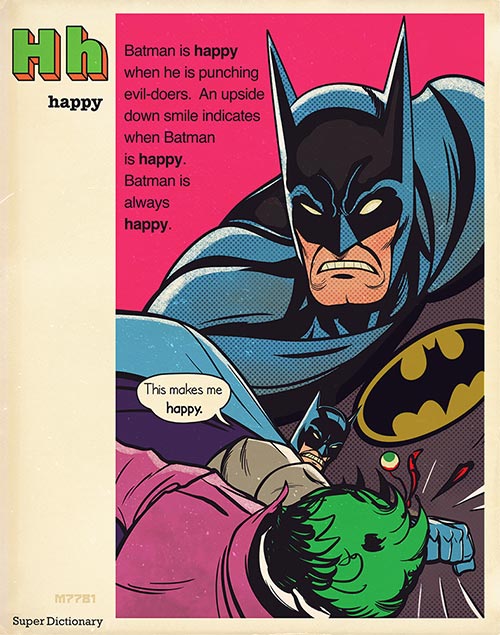 Lois, your boyfriend, Superman, just gave you chocolates and a card. Superman, a man who can generate enough pressure to fabricate diamonds from raw coal, use x-ray vision to find undiscovered gold deposits, and swim to the ocean's greatest depths to recover natural pearls, gives his girlfriend chocolates and a card. Worse yet, Superman, a man whose brain works faster than a computer, who has matched wits and won against Brainiac, the universe's smartest supervillain, who has saved countless lives through the force of his own will alone, couldn't even be bothered to take the time to think of a better inscription for the card than "Be my valentine from Superman."

That expression on Lois' face isn't happiness. And there's a reason that Superman is rushing out that window. He may be super, but he's still just a man.

The best part of all of this? For Valentine's Day, Superman gave Lois the Schaff's.

In the infamous Seduction of the Innocent, Dr. Wertham describes the relationship between Batman and Robin as "the wish dream of two homosexuals living together."

I think it is most interesting that the character of Robin, created purely for the purpose of encouraging children readers to more closely relate to the adventures of the Batman, has served his purpose so well as to result in the enduring cultural subtext of the gay Batman. Even Dr. Wertham's studies indicate that Robin, not Batman, is the character that most people with homosexual desires project themselves into. No one wants to sleep with Robin; they want to be ravashed by the Batman. Robin is freqently shown pining for Batman, yet rarely, if ever, is Batman shown doing anything demonstrably homoerotic in nature. That makes Robin, not Batman, the homosexual partner in the Dynamic Duo.

See what I mean? Damn, boy, can't you even keep your legs together!

Wonder Woman illustrates the entries for "blow" and "bush." I love this book.