Wriphe is what happens to you while you're busy making other plans. 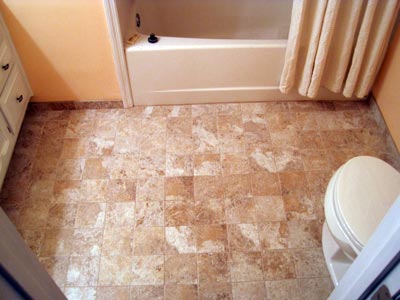 The only hitch was -- surprise, surprise -- the bathtub faucet. I removed it to clean it and get at the tile behind it. However, when I put it back together... drip, drip, drip. I really should have known better. Fortunately this repair was as easy as replacing two small gaskets and applying some elbow grease. Which is good, as I had already repainted the walls. 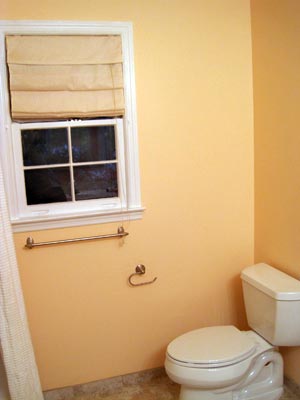 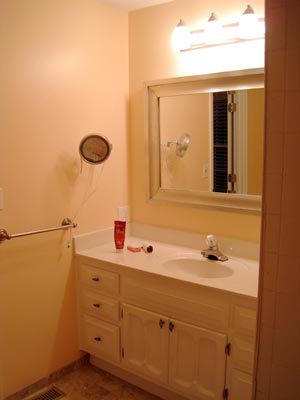 Overall, I'm happy with the work. The shower tiles still look an uneven mess, but I couldn't correct that without re-tiling the shower entirely. There's only so much that one man can do in two weeks. I do have to get my 10 hours of sleep a night, you know.

For Valentine's Day, my mother gave me a sexually suggestive greeting card featuring Batman. In return, I flooded the guest bathroom.

The diverter, that little knob that sends the water from the tub spout up to the shower head, wasn't doing its job in my shower. So I did what any semi-competent handyman would do: I decided to fix it. All I had to do was unscrew the spout from the wall and replace it, right? What I didn't recognize at the time was that was the premise for every episode of Home Improvement.

A 4-hour visit from a plumber and 685 dollars later, I have a brand new, fully-functional spout and knob. The water pressure is great! Plus, I still get to do some diy work because I now have to replace the giant square of drywall and 2-by-4s that had to be removed to get to the pipes I broke.

So that's how we do Valentine's Day in my house: wet and inappropriate.

After the last two weeks of plumbing disasters, I think I'm going to have to swear off bathroom repairs once and for all.

Last week: I took it upon myself (with no small amount of prompting from my mother) to fix the slow drip in my brother's guest bathroom. Despite all of my might, the stupid Moen Posi-Temp 1222 cartridge embedded in the tub faucet would not budge. Not with the official Moen replacement tool, not with a wrench, not with a hammer. I know when I'm out-matched: rather than risk breaking the pipes permanently, I called a plumber.

At least it wasn't just me. When the plumber arrived -- at 4:45PM the same day, a Friday! -- he admitted that it was the most stubborn sink cartridge he'd seen in at least 15 years. I'm sure he said that to soothe my ego, and it worked. It turned out that some knucklehead had overheated the pipe when soldering with the cartridge already in place, causing the rubber gaskets to fuse to the pipe walls. I'm certain that Moen doesn't cover "installer stupidity" in their Lifetime Guarantee.

[For the record, wriphe.com 100% endorses Tom Donnelly Plumbing. If you're in Dublin and your tub has started floodin', call Tom Donnelly.]

Yesterday: while trying to make my father's bathroom more handicapable following his foot surgery, I tightened the tank bolts and replaced the wax ring below his leaky toilet. Trying to maneuver the toilet back into place in the cramped space, I managed to spill toilet trap water all over my shoes and the floor. Of course, I promptly slipped -- Jerry Lewis would have been so proud -- dropping the toilet and breaking the base of the intake valve. This necessitated a third trip to Home Depot on the day to buy a replacement valve, a trip during which my car window motor broke in the down position. Grrr.

Finally, at 10PM, I got the toilet into place and turned the water back on, only to discover that the new intake valve stem and the existing water line don't play well together. So in the end, I replaced a leak at the base of the toilet with a leak at the tank. Truly a worthwhile endeavor.

[For the record, wriphe.com is 100% opposed to Oldsmobiles. If your car's AC is running hot and its electrical system's not, you're driving an Oldsmobile.]