Wriphe is like an onion; you peel it off one layer at a time,
and sometimes you weep.

Beginning today, I'm going to try running for a month. I know that admission may have knocked some of you out of your chairs. But I thought I'd try exercise for 30 days to see if I like it. If I don't like it, I'll return it for a full refund. I figure that if I admit to it here in the blog, I'll give myself motivation to actually do it. Besides, this post gives me an excuse to post my "I've given up on running" post in about 10 days. 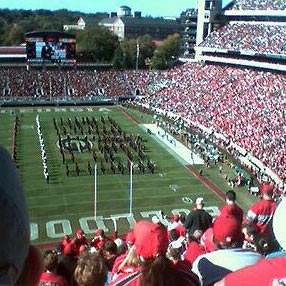 I went to a job interview today. I'd blog about it, but I suspect that they would notice it here, so I'm going to keep my fingers shut. (Not that I have anything negative to say, I just made the cardinal mistake during a job interview: I was absolutely honest. Really, I should've known better. Lying was the first lesson the Boy Scouts taught me. No, wait, that's a lie. The first thing the Boy Scouts taught me was purse snatching. Ah, the good old days.)

It did, however, make me realize that I have a haphazard way of displaying my work here on my site. Some of my web design is with my links page mixed in with pages that I didn't create, and some minor bit of it is mixed in with my media page. I'll have to correct that soon, because now that I am aware of it, it's causing the base of my skull to itch.