On the afternoon of Wednesday, May 16, lightning struck a tree behind our house. Though the strike was indirect and didn't hit our power lines, several electronic components were still damaged. It killed our Tivo, broke our TV's HDMI processor, and, most importantly for the purpose of this blog post, fried my elliptical.

The elliptical console would no longer power on. A quick test with a lamp proved that the power outlet still worked. My trusty voltage detector told me that the elliptical power supply was still functioning, but the console just would not respond. So I did what anyone would do: I bought a new console.

That was easier said than done. My Schwinn 430 is a discontinued model, so parts aren't exactly easy to find. I did eventually find a retailer online with a new console in stock, and the part arrived a week later. Only it wasn't exactly identical to mine — meaning it was an updated redesign used by more modern models. It also didn't work.

To be clear, the power supply doesn't plug directly into the console. It plugs into a round hole at the base of the elliptical, and power is passed through a sensor array and then transfers to the console motherboard via a 8-pin connector cable. Therefore, I couldn't tell if the problem was that the new console was incompatible or some other problem.

At this point did I do what I should have done earlier and tested the cables inside the elliptical's sealed wheel shroud. That required quite a bit of deconstruction. I took apart the arms and the treads and the mast only to be stymied by the crank arms. To remove the crank arms required a crank puller, a bicycle tool. I didn't have a crank puller. So to continue my disassembly, I had to order one of those. While I was at it, I decided to order a new power supply from the same source to save on shipping.

The crank arrived in three days, and it was perfect for the job. But before I took the cranks off, I decided to test the power supply. Surprise, surprise, plugging that into the system made made it all work again! Both the old and new consoles worked fine.

The replacement console cost me $240. The crank puller was $12, and the new power supply was $10. I spent far more than was necessary when it was the cheapest part that needed replacing. The worst part is that I'm sure I didn't learn anything from the entire experience.

Epilogue to this story is that when I finally got everything put back together and working again and started my first workout in nearly a month, the power to the house went out. If there is a God, he's got a sick sense of humor.

If anyone is interested in such a thing, know that I've just listed a used Misfit Shine 2 Fitness + Sleep Tracker on eBay. 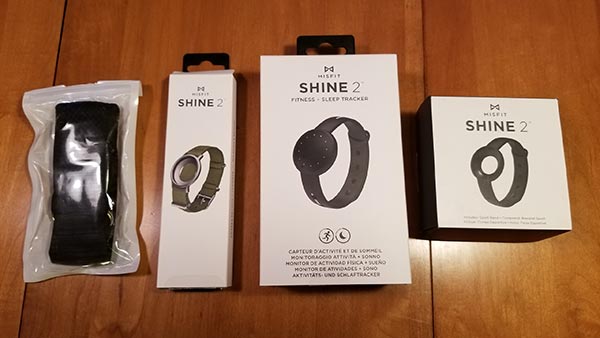 I tried using it for 2 months. It's not for me. I prefer to be ignorant about how fat and lazy I am.

Beginning today, I'm going to try running for a month. I know that admission may have knocked some of you out of your chairs. But I thought I'd try exercise for 30 days to see if I like it. If I don't like it, I'll return it for a full refund. I figure that if I admit to it here in the blog, I'll give myself motivation to actually do it. Besides, this post gives me an excuse to post my "I've given up on running" post in about 10 days.