It can only take a moment to waste the rest of your Wriphe.

Patriots Point is a museum primarily anchored by its star attraction, the USS Yorktown. 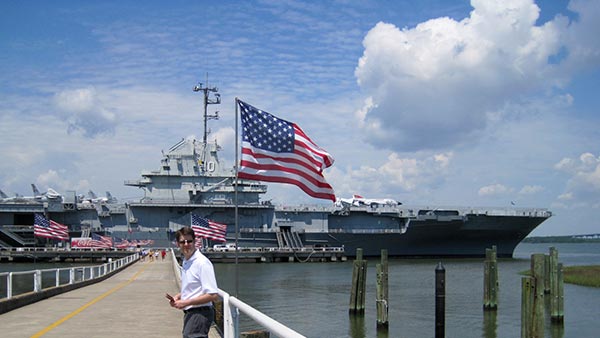 Even at the rip old age of 72, she's an impressive ship. She survived World War II and lived to pull Apollo astronauts out of the sea. But she's showing her age in places: Brian got rust stains all over his white shirt while descending from her bridge. 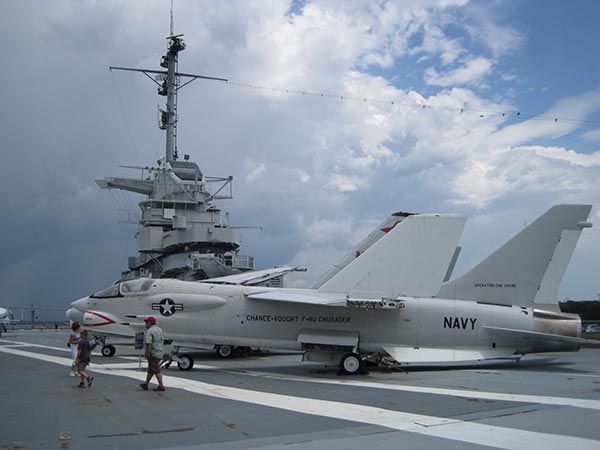 The volunteer docents — all exceedingly friendly old sailors — were disappointed by our refusal to take the guided audio tour, but they agreed that we were short on time since we also planned to take the ferry to Fort Sumter. We hustled out to the flight deck and looked around as best we could in the time Brian and I had allotted ourselves. The ship is so big, it would probably take two days to explore fully. 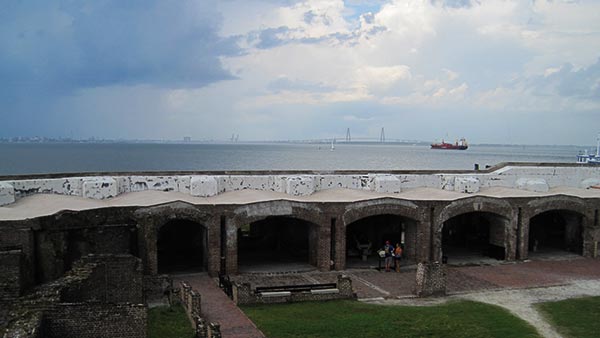 Compared to a 20th century aircraft carrier, Fort Sumter feels tiny. Otherwise, its a good looking ruin on a man-made island in the middle of the busy Charleston Harbor. It's small size seems disproportionate to its importance in the Civil War. The big, black battery that now takes up most of the island didn't exist in 1861, so maybe Sumter had more room for whipping slaves back in the day.

We were harried by rain all afternoon, and the recurring thunderstorms that washed over the harbor also kept us from seeing most of the island. The rain came in wave after wave, chasing us back to shore. The ferry ride back was a wet one.

Returning to Patriots Point, we toured the USS Laffey destroyer and USS Clagmore submarine before taking another shot at the Yorktown. This time we walked through the galley where we saw the Navy's super scientific recipe for Peanut Butter And Jelly Sandwiches (Sandwiches No.N 014 00).

And that, boys and girls, is how we won the war. 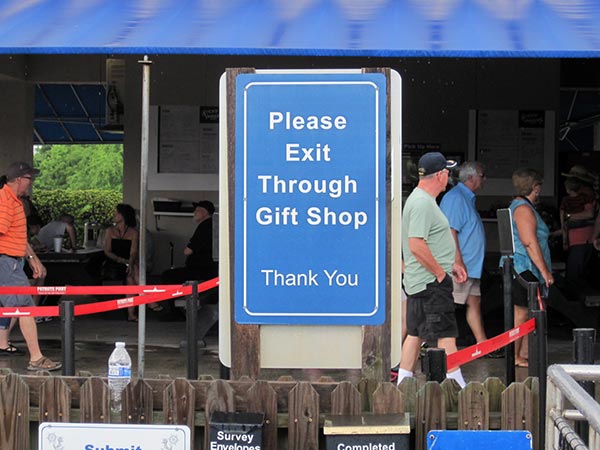