What does Batman eat when he needs the energy to maintain his never-ending-battle against the criminal element? Why, avacados, nature's super-food, of course! 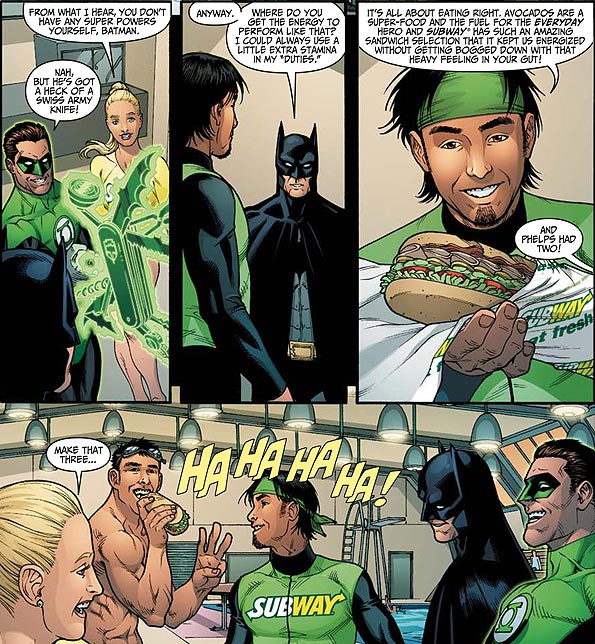 In years past, Batman has appeared in comics advertising bubble gum, Lego, Onstar, and Claritin. For the world's richest costumed crime-fighter, that guy sure does a lot of shilling. That Michael Phelps sure must be a bad influence.