Mom and I spent yesterday afternoon at the Booth Western Art Museum in Cartersville, Georgia.

The Booth Museum is a large, modern building that seems out of place in small-town Cartersville. Having been to several museums of the American West that are actually in the American West, I figured Booth would be a lackluster experience. I'm glad to say that I was quite wrong. 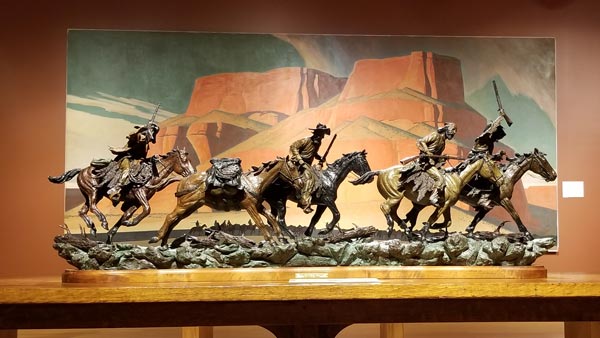 Yes, these are two separate pieces.

The museum was founded in 2003, and most of its collection is around that vintage or newer. Whether a side effect of the newness or the intention of its founders, the museum chooses to embrace the fact that most its pieces celebrate a time and way of life that many of its artists never experienced. In function, it's a museum of the mythology of the idealized American West. Frankly, that makes for a pretty enjoyable experience. 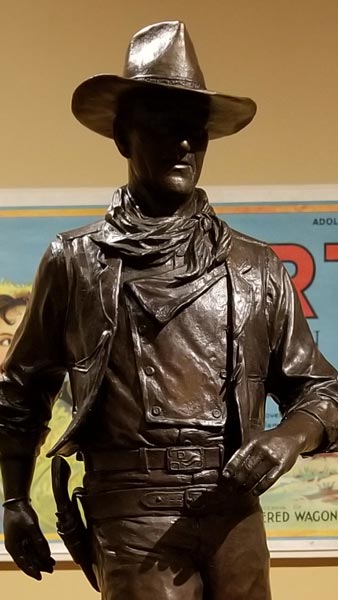 The "Mythic West" gallery is where the action is.

The whole reason Mom wanted to visit the museum was to see the Newseum's travelling collection of President Kennedy photographs. I thought that was a weird thing to include in a Western museum. Little did I know that the Booth's most impressive permanent exhibit is a signed letter from each of the first 44 American presidents (from Washington through Obama, whose letter is actually addressed to the museum). Wow. I'm sure they'll add Trump to the collection eventually, once he learns to write.

Long story short, the Booth Museum is totally worth a visit, and I'm glad we went.

Wriphe [Official Comment]: Posted Feb. 3, 2018 at 12:30:22 AM
I just discovered that this John Wayne statue is a miniature reproduction of the 9-foot statue created in 1982 by Robert Summers for the John Wayne Airport in Orange County, California. Something to see next time I'm in LA.

Mom won 4 tickets to visit Cedar Point during the 2013 season in a Coca-Cola sweepstakes. She gave the tickets to me, and I gave the tickets to a friend as a wedding present on the condition that he take me along. He decided not to use them. His loss. My friend Coop and I decided that we weren't going to let good tickets go to waste, so we jumped in the car and made a week long road trip of it.

My last two Cedar Point trips were in 2012 and 2010. My first was in 2000, before I had a blog. This trip lasted 2 days longer than that one, but because of the free tickets, I think I spent about the same. I'm not getting older. I'm getting wiser! 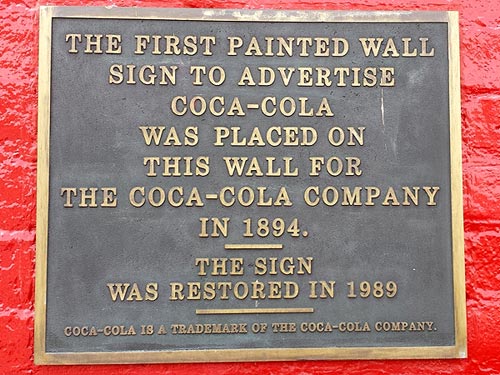 This sign in Cartersville, Georgia, looked terrible. (But effective. We immediately stopped for a 6-pack of Coke.)

Dublin, Ohio, is serious about public art and water fountains. Ballantrae Park has both. (Better pics and details here). 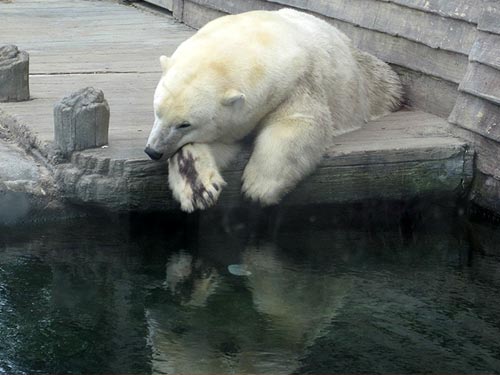 This polar bear reflects on global warming as he spends a 90° day at the Columbus Zoo. Not an iceberg in sight! 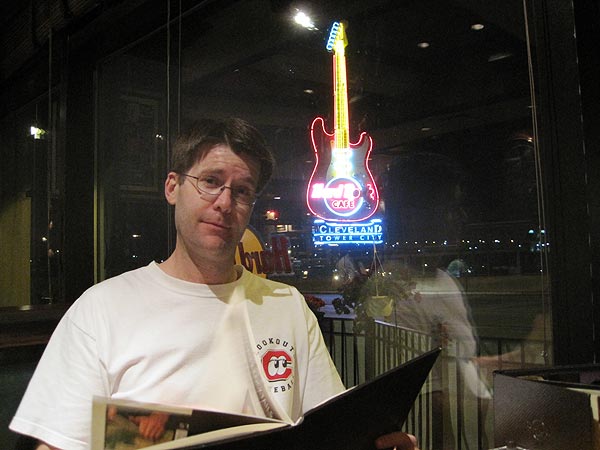 Why a 2-hour detour to the Hard Rock Cafe in Cleveland, Ohio? Because we didn't have anything better to do. 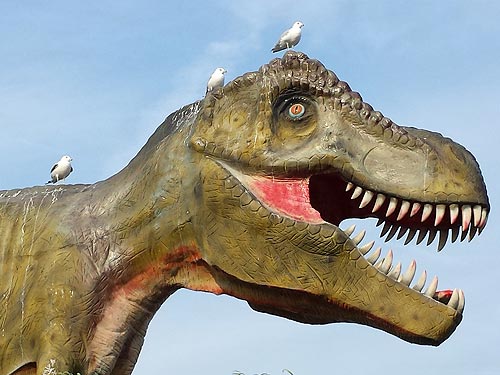 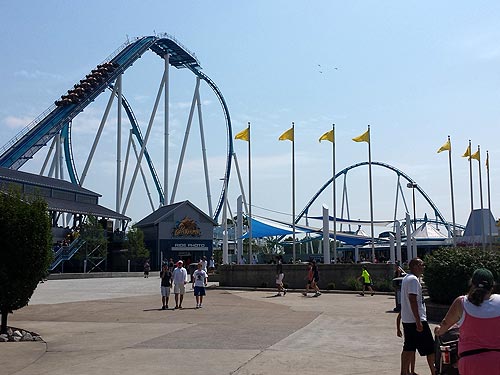 Gatekeeper is the new ride at Cedar Point for 2013. It gets its name because the track goes over the ticket booth. 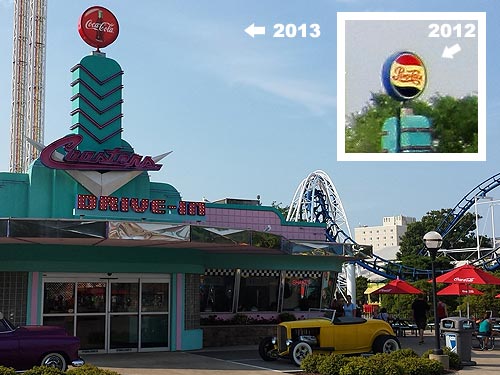 Gatekeeper steals the headlines, but the important change in 2013 is that you can now get a Coke at Cedar Point! Whoo-hoo!