No man ever threw away Wriphe while it was worth keeping. 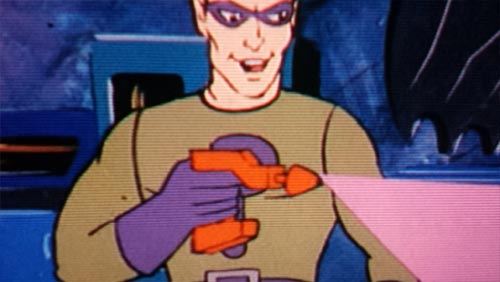 Why wasn't Mr. T ever asked to join the Justice League? He's stronger than Superman, wittier than Aquaman, dresses better than Hawkman, and has more wealth around his neck than Batman has secured in the batcave. And he really, really cared about saving the children.

Clearly the Super Friends could have used the diversity. They let Black Vulcan in just because he had the word "black" in his name. (Apparently, space monkeys didn't qualify as an ethnic minority in the eyes of Uncle Sam's anti-discrimination laws.) Seems to me that Mister T was much more qualified than Black Vulcan.