If your Wriphe had a face, I would punch it.

One month ago today, my mother sprung into my room at the crack of noon and announced, "wake up! we're going someplace I've wanted to visit for years: Oakland Cemetery!" You can only imagine my delight.

An hour later we were standing in Atlanta's historic Oakland Cemetery, surrounded by dead people. The woman working the welcome center was wearing a sea foam green, Victorian-era crinoline dress as she discussed Civil War battlefields with a uniformed Atlanta police officer. It was a little surreal, like walking through a Tim Burton movie. I wasn't entirely sure I wasn't still dreaming.

Mom and I entertained ourselves with the $4 self-guided walking tour map. I initially made an effort to seek out all of the numbered "points of interest" on the map, but I soon discovered that the highlights on the map were easily noticeable without referencing the pamphlet. For example, the Confederate Obelisk, once the highest structure in the city, hardly needs to be on a map for it to be noticed. 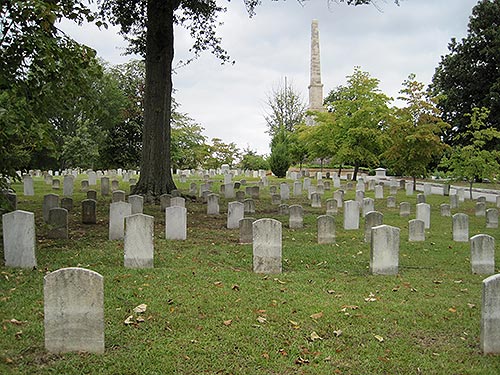 The cemetery is chock full of interesting monuments in a stunningly diverse mixture of styles. I've been in a lot of cemeteries, but few are populated with so many distinctly unique monuments. Below is the Jewish section of the cemetery, where to no one's surprise, they don't waste much space. That's my mother, pondering whether the oldest graves are near the middle. We both hope so.

In some ways the cemetery feels more like a sculpture garden than a field full of corpses. These dead people had great taste, and I doubt that many people alive today would design such good looking final resting places. Certainly none of these statues were wearing wife-beaters and flip flops.

I should mention that shortly after we entered the cemetery, mother and I were passing the plot of former Georgia Governor Joseph E. Brown when we encountered an aged, well-dressed mourner. The polite man had traveled from Scotland to lay flowers at the grave of his wife who had passed away a year earlier. He and my mother struck up a conversation about her family's Scottish ancestry (clan Napier) and accidentally discovered that one of my mother's relatives from Newnan had delivered the eulogy at the woman's funeral. Even without the internet, it's a small world after all. 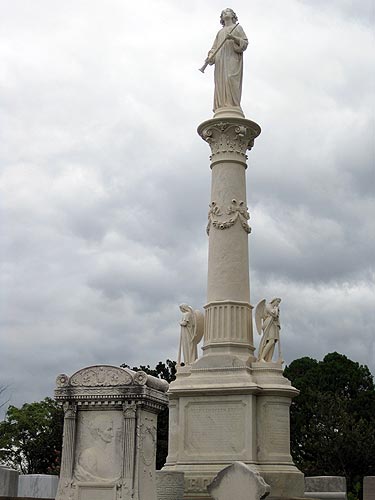 Besides Governor Brown, the cemetery holds the remains of many notables, including Bobby Jones, Margaret Mitchell, and Maynard Jackson, among many others. But you don't have to have been famous to be buried here. In the South, we're so gracious we'll let in whoever wants in.... 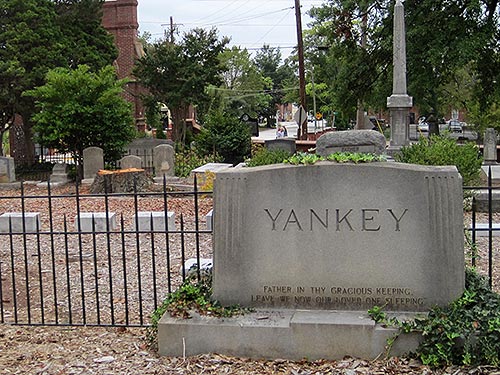