Wriphe's under no obligation to give us what we expect.

It was about this time of the month in November when I started playing Fallout 4. November! That means I've been playing the same game for three full months now. One quarter of a year. I might be setting some kind of personal record. Honestly, I can't remember any game taking up so much of my time since Grant Theft Auto: San Andreas, and I didn't even like that one that much. Do I like Fallout 4 better? I'm not sure.

Without a doubt, Fallout 4 has more than its share of flaws. There are several quests in my queue that I can never resolve because they are bugged. (Sorry, robotic captain of the U.S.S. Constitution. If you're counting on me to get that navigation array working, you'll never set sail again.) Wearing an upgraded suit of X-01 power armor is the equivalent of the in-game god mode. (Ha! Your energy weapons merely tickle, silly synth!) Worst of all, companions are incredibly stupid and aren't any more able to detect land mines than I am. (Legs. Who needs em?) And yet I keep playing.

I don't think I'm addicted. I haven't had a single Fallout 4 dream, the usual cue that I'm too invested in something. I have no personal attachment to my player avatar, the "Sole Survivor" who I've named Nate Danger. I certainly don't enjoy seeing the collapse of human civilization. So why am I still playing?

I think the reason is because I enjoy exploring. After hundreds of hours, there are still places I haven't visited. Even places I've been two or three times or more can be entertaining anew when I'm searching for new approaches to killing the same old enemies. Yes, I recognize the irony that while I'm enjoying exploring a virtual environment, I'm really never leaving my couch. But how much of the world do you really see when you read a book? And no one would argue that watching television is any better.

So thanks, Fallout 4. For an imperfect game about the apocalypse, you're all right. Now bring on the DLC!

After playing about 15 hours of Grand Theft Auto IV: The Ballad of Gay Tony, my Xbox 360 hard drive died. The game is DLC ("DownLoadable Content") and requires over a gigabyte of hard drive space to play. No hard drive, no Gay Tony. All progress lost. Damn it.

The Xbox 360 drives have a 12 month warranty. That means I must have bought that drive on... yep. I still have the receipt right here: February 10, 2012. Like clockwork. I should probably be pleased I squeezed an extra month out of it.

I can't say I didn't get my money's worth. I play more than 20 hours of games a week on the Xbox. In the past year, that hard drive stored saves (and in many cases whole discs worth of game data) for 24 games other than Gay Tony, better than 2 per month!

(The games in bold above are the ones I was planning on playing some more. Losing my saves for Record of Agarest War is the only one that really hurts. That's an 80+ hour game, easy, that I was already nearly 20 hours or more into. I don't know if I have it in me to start it over. Maybe later.)

Grand Theft Auto is the franchise that got me to buy a PS2 way back in 2001. I have no qualms about buying a new hard drive to play it some more. Look out, Gay Tony; I'm coming for you! 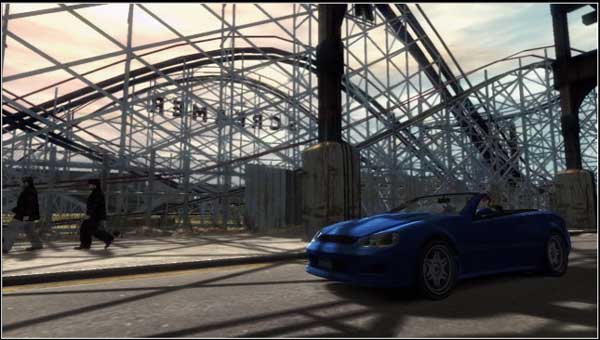 That's a roller coaster. Oh well. I did buy a PS2 just to play Vice City. Maybe by October I'll be able to afford this one.

I had intentionally been ignoring this page because the new site was in the works. But then my mother came to town, and then football season started, and then GTA:San Andreas came out.... I do have my priorities, you know.