Death is peaceful, Wriphe is harder.

I'm running out of time to finish reviewing movies I've seen in 2021 before the end of the year, so I better hurry it up.

142. (2001.) Tennessee Johnson (1942)
You know Andrew Johnson, right? The first president to be impeached? The president who pardoned Jefferson Davis and opposed giving citizenship to freed slaves? Well, this movie says sure he had a nasty temper, but he did all those other things to make America better! It... hasn't aged well.

143. (2002.) She Freak (1967)
This B-movie remake of Freaks is not particularly good or entertaining, but it does have the rarest of things: Coke and Pepsi logos on screen at the same time! 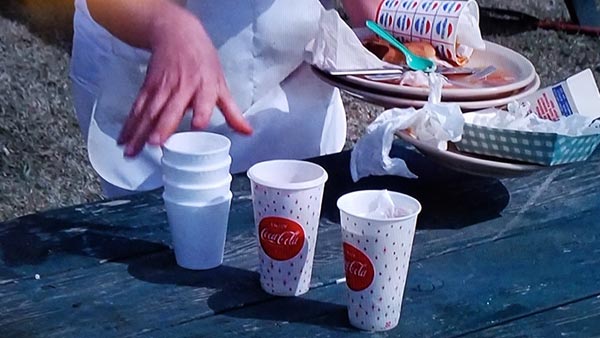 144. (2003.) Paddington 2 (2017)
Watching this delightful film I found myself wondering if it wasn't actually better than the original. I still don't know, so I guess I'll just have to watch them both again to find out.

145. (2004.) A Clüsterfünke Christmas (2021)
This parody of Hallmark Christmas films soon reveals the true fact that it is impossible to parody a genre film without actually succumbing to the trappings of the genre. I still found a lot to laugh at (and with).