I should be working. Instead, I'm writing movie reivews.

107. (1761.) Strike Up the Band (1940)
Poor Mickey Rooney. He's so focused on becoming a famous bandleader, he doesn't realize that Judy Garland has the hots for him. Lot of good musical numbers in this, none better than the animated band of fruits and nuts created by George Pal (aka, the director of The Time Machine).

And although Mr. Morgan is initially presented as a bad guy, you know he really means well when he offers Mickey a Coke from his bar. 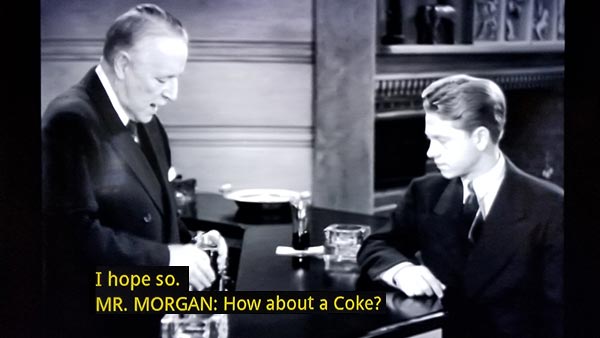 108. (1762.) Kagemusha (1980)
Akira Kurosawa's Shakespearean history of a particularly unusual era in Japan. The movie looks great, but I'm sorry to report that I found it very dull. I've never had much patience for tragedy in slow motion.

109. (1763.) The Underworld Story (1950)
This was more my speed. An ethically unmoored newspaperman champions the cause of a wrongly accused black woman to line his own coffers. The movie is black and white, but only the audience seems to know it.

110. (1764.) Hopscotch (1980)
This spy comedy of misadventures is notable only because it features Walter Matthau's typical curmudgeonry.

112. (1766.) Vibes (1988)
Jeff Goldblum and Cyndi Lauper are psychics who travel to South America to help Peter Faulk find a lost city of gold. It's the sort of thing you used to see filling up Saturday afternoon television. (That sounds dismissive, but I have to admit that Goldblum always delivers.) 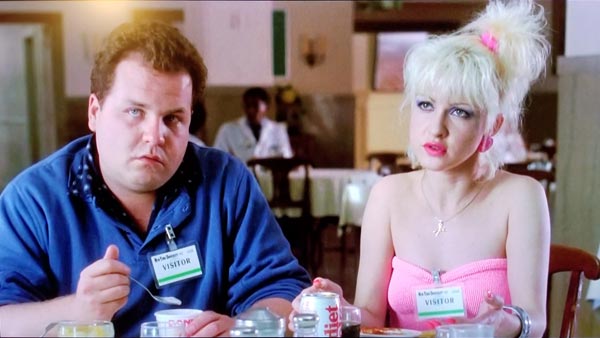 This is NOT Jeff Goldblum.

113. (1767.) Torrid Zone (1940)
The title promises more than the film actually delivers. Gangster-in-all-but-name Jimmy Cagney courts con woman Ann Sheridan on a banana plantation during an overdue political revolution. It's the worst of colonial capitalism played for laughs. Hollywood has never been quite as progressive as Tailgunner Joe would have us believe.