It's June already, and I'm still listing movies watched in April! I need to speed this up.

67. (1506.) High School U.S.A. (1983)
Michael J. Fox leads a cast of recognizable young television stars in this made-for-TV teenage sex comedy without the sex. (The generic title is exactly on point.) It's an interesting snapshot of the state of early 80s television talent, but not a very good film.

71. (1510.) Niagra (1953)
This Hitchcockian suspense thriller has a strong film noir influence. Personally, I wouldn't call it noir because it lacks the typically flawed, doomed noir protagonist. (Monroe isn't the anti-hero protagonist here, Jean Peters is, and her role is more akin to Jimmy Stewart in Rear Window than Jimmy Stewart in Vertigo.) Don't let my quibbling dissuade you; this is a good film no matter what label you put on it.

72. (1511.) Blithe Spirit (1945)
I can't say why exactly — maybe it was the garish makeup, maybe it was the characters, maybe it's just my own stubborn inability to believe in the supernatural — but this hybridized romantic comedy/ghost story left me cold. I can't deny it has some snappy though.

73. (1512.) Pete's Dragon (2016)
As if trying to put as much distance as possible between itself and the original material, this remake is now set in the Pacific Northwest instead of the Atlantic Northeast. (Passamaquoddy doesn't even get a mention!) The film is too busy trying to tug at whatever emotional strings it can find to create real characters or much in the way of a plot. But I guess that's what Disney films do these days.

74. (1513.) Paddington (2014)
Whatever magic the original Paddington Bear had has been successfully recreated in this enchanting film. I don't know how any movie can manage to be so satirically snarky and absurdist while also being completely sincere. Delightful.

76. (1515.) Bye Bye Braverman (1968)
Four unlikable men travel across New York City to attend a funeral of a fifth unlikable man in this existential comedy. The journey is the destination, and that journey isn't very enlightening or satisfying. But at least they drink Coke. 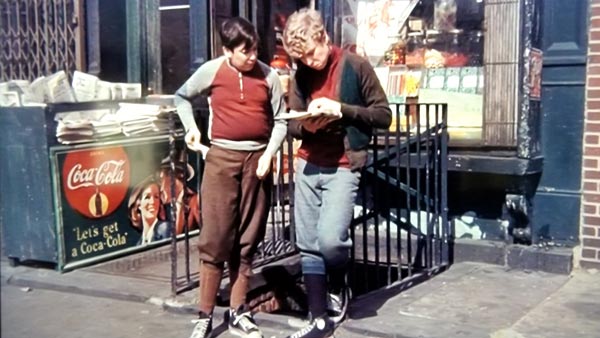