Most of Wriphe is so dull, it is not worth discussing....

This trip went much better than the last one. Primarily, it didn't rain on us, but it was also a better game. A much better game. As much as I dislike Kurt Warner, I definitely feel that he gave me my money's worth. And in the end, I think that the nearly 70,000 Steelers' fans in the stadium felt the same way.

Comic book geek note: the stadium attendant who was checking tickets at the gate waved me through with barely a glance. "My x-ray vision can tell that you've got the ticket," he said. It wasn't until several minutes had passed before I remembered that my ticket was easily visible in the clear plastic lanyard around my neck. It just sort of seemed to make sense to me that ticket collector was a good job for someone with X-ray eyes. 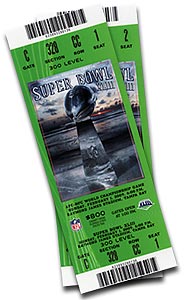