I went to the urologist, and he told me that he couldn't find my kidney stone on the x-rays. Heck, he couldn't even find me for a half hour in the radiology waiting room when my chart was accidentally switched with that of an 80-year old black guy. Fortunately, I found the stone for him after I got home! 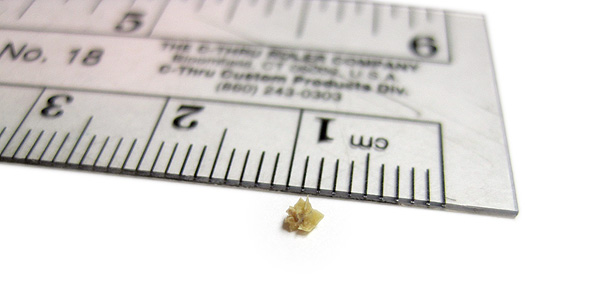 Ha ha! I showed that really, really small stone who was boss! I've already had 2-and-a-half liters of Coke to celebrate!

Early last Saturday morning, I woke up to extreme, vomit-inducing abdominal pain that migrated from left to right across my lower abdomen over the course of 4 hours. At the time, I assumed that the pain was associated with the pint of beef lo mein I had eaten the night before. By noon, I felt fatigued, but healthy again. I was completely wrong.

Despite the occasional feeling of constipation or urinary retention, everything seemed normal until 8PM Wednesday night, when the pain returned with its friends. It felt like I was being kicked in the groin over and over and over again. For 8 hours. When the groin pain was finally joined by a stabbing sensation in my right side, I cried uncle and went to the hospital emergency room. The attending physician diagnosed a kidney stone before I had even completed describing my symptoms.

I was completely unprepared for this diagnosis. I know three people who have had kidney stones in recent years, and somehow I'd missed the reports that kidney stones felt like someone would be using my testicles as a speed bag. I had assumed my problem was food poisoning or intestinal strangulation or maybe even appendicitis. But not kidney stones. I had no idea my kidneys hated my guts so much.

The hospital gave me some pain killers that made me so sick to my stomach that I begged for the stabbing pain to return. I was proscribed Flomax to enlarge my urethra and make passages of the stone easier. Then I was given a funnel-shaped "strainer" to catch the stone when I passed it out of my urine. I've spent the days since pissing like a hose into a funnel that functions like a shower head, spraying urine all over my bathroom floor.

Of course, this all happens during the one week this month when I had a chance to work up to 60 hours making good money sorting Magic cards for a friend's hobby shop. So instead of making enough money to pay my July bills, I pick up a mighty hospital tab and a huge sleep deficit. Awesome.

My new urologist tells me that he has no doubt I will pass this 2mm kidney stone, theoretically in time for my second appointment on Monday when he will analyse it and tell me what caused it. (Yes, I know you think it was Coke. Everyone tells me they think it was Coke. I get it. I drink a lot of Coke.) But no stone so far. I was feeling so good yesterday afternoon that I assumed I must have somehow passed the stone without noticing. That idea was murdered during an aborted trip to Lowe's to pick up material for ongoing kitchen repair for my mother's rental property that must be completed by the beginning of August. No pressure.

So here I sit, drinking as much fluid as I can stomach, trying to flush out a stone that seems to like me far more than I like it. 2011 sucks.