In Wriphe you must be able to discern between
who and what is genuine and artificial.

Finally getting to movies watched in February.

21. (1675.) Once Upon a Time in America (1984)
Before I sat down to watch this, I expected I wouldn't like it. I didn't. I watched it anyway because I'd already seen the other two entries in Sergio Leone's "Once Upon a Time" series. Those Coppola/Scorsese gangster glorifying movies just aren't for me.

22. (1676.) The Heavenly Kid (1985)
This is more my speed. A dead 60s greaser is sent back from purgatory to earn his wings helping an 80s nerd, er, get laid. Come to think of it, the general plot's not substanatively different than a reverse Back to the Future. Must have been something in the water in '85. 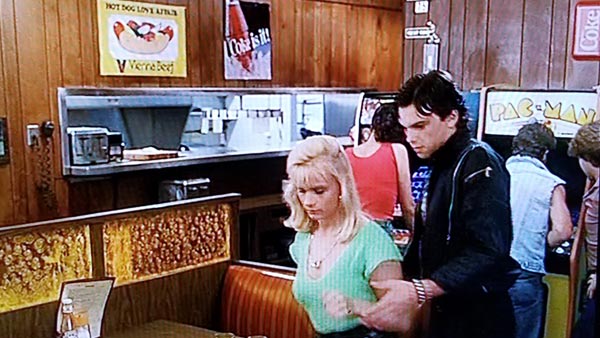 Or something in the Coke.

23. (1677.) Rough Night (2017)
If this comedy had been made a decade or two earlier, it would have been much, much darker. To be sure, there are plenty of dark parts, but they're all played for outright laughs. I enjoyed it.

24. (1678.) The Front (1976)
I enjoyed this one too, despite Woody Allen's on-camera presence. As I've said before, I find that I tend to enjoy Allen movies where he writes or directs but does not act. He neither wrote or directed this historically-inspired dramedy. Maybe that's the difference. Or maybe it's because the McCarthy-inspired "Hollywood Blacklist" era seems so close to modern sentiments that I thought some lessons could be learned. 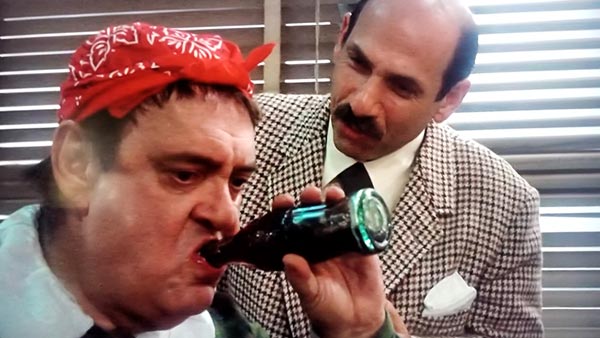 25. (1679.) Ghost in the Shell (2017)
I really did not enjoy this live-action remake of the celebrated manga/anime, mostly because it had been so insultingly watered down to reach a wider (read: dumber) audience. I was also disappointed by Scarlett Johansson, who just seemed too soft (emotionally, physically, intellectually) for the part of the Major. I'd much rather watch any of the existing anime adaptations again.

26. (1680.) The St. Valentine's Day Massacre (1967)
Unlike Once Upon a Time in America, which is a beautiful fiction glorifying gang life, this is a much more dour documentary style that watches much like a "crime doesn't pay" PSA or a Dragnet episode. Much more my speed.