You've got to take what Wriphe throws at you.

I had a poodle cartoon scheduled to run today, but sometimes life interferes with your plans. Victoria died at 5:25 AM. Her overtaxed heart gave out. 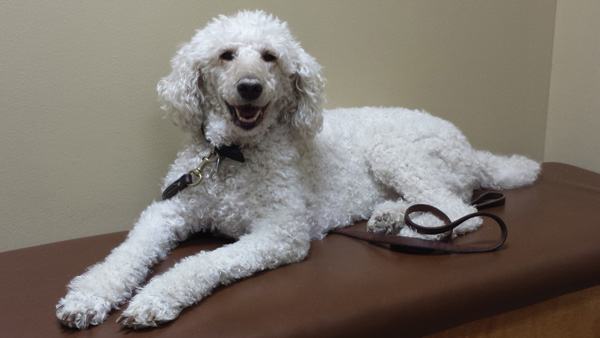 On Monday, April 25, Victoria collapsed at the end of her daily walk, so I took her in to see her vet the next day. He heard a "crackle" in her lungs, and given that I had noticed an occasional cough over the weekend, he prescribed a regimen of amoxicillin antibiotics. The next day, when her blood work came back from the lab showing a deficiency of thyroid hormone, we started her on levothyroxine treatment. But things only got worse.

The following Saturday, Victoria woke me up with a heavy, rapid breathing. Not exactly panting, but close. I took her back to the vet to see what could be the matter. He thought the likely culprit was the amoxicillin. It's rough on the stomach and common allergic responses include heavy breathing. Over the next few days, she didn't improve, so I stopped that treatment. When she still didn't get better, I stopped the levothyroxine, too. (It can have similar side effects.) Neither of these actions helped her. 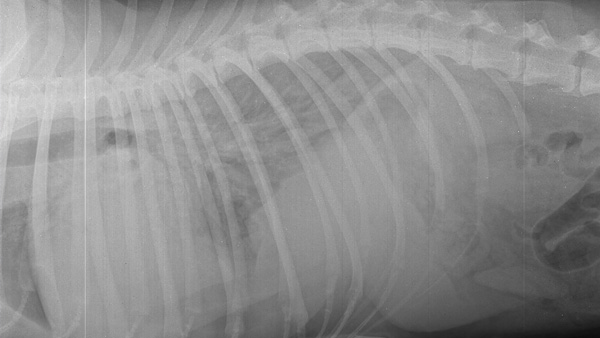 By now, Victoria had no appetite and very little energy. So the vet called for radiographs of her heart and lungs on Tuesday, May 10 to see if he could find something we were missing. He did. 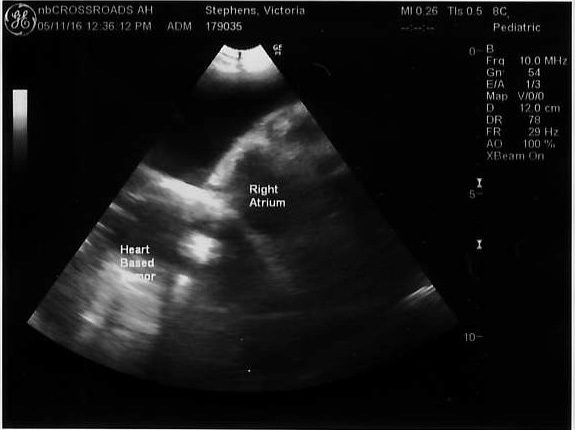 Victoria had surgery to remove a mammary tumor last June. They just cut it out. That wasn't an option here. Honestly, neither was much of anything else. The tumor was aggressive and had already done a lot of damage. The fluid in her lungs wasn't actually in her lungs: it was serum that had leaked from her blood vessels into her thoracic cavity because of the bad pressure the tumor had created. Her whole circulatory and respiratory system was breaking down fast. Chemotherapy was the only treatment option for the tumor, and given the type of tumor and damage already done to her body, even that wasn't really an option. So I did the only thing I could do: I took my dog home to die.

I was told to expect that she wouldn't survive two weeks, so I tried to make her last days special. I gave her a haircut because she typically appreciated that sort of personal attention. (She lay still, but I know she loved to be touched.) I took her for a ride in the Jeep to pick up her favorite food, pepperoni pizza crust. (She refused to eat it, but I could tell that she enjoyed the smell.) And at night, I let her have the best spot in the bed: mine.

She didn't get to live out those two weeks. Sixteen days after her initial collapse and not even 16 hours after her ultimate diagnosis, she passed away beside me on the floor. She'd gotten up at 4:40 AM struggling to breathe. I lay down with her until long after her heart finally gave out. She took my heart with her when she left. I loved that dog. 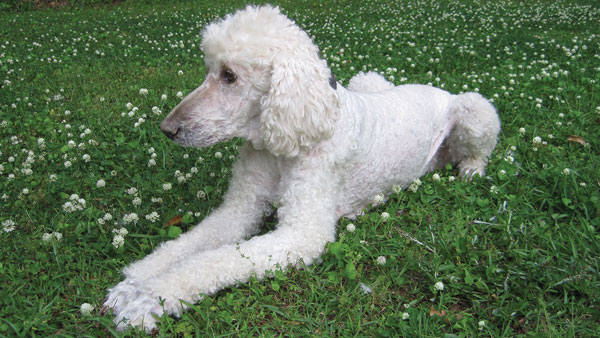 Thank you, Kelley, for finding her. Thank you, Mom, for giving her to me. Thank you, Jeff, for trying to save her life. Thank you, July, for being so patient with your Sister until the end. Thank you, Victoria, for brightening my life for the past 7 years.

The poodle comic scheduled to run in today's space will be seen tomorrow.

cam Posted May. 15, 2016 at 06:46:52 PM
Walter, I know you are missing her terribly and her story just made me weep. I still cry over Roger and its been more than 2 years since i too laid down with his as he took his last breath.