We die daily. Happy those who daily come to Wriphe as well.

Happy 53rd Birthday to the greatest quarterback in the history of football! 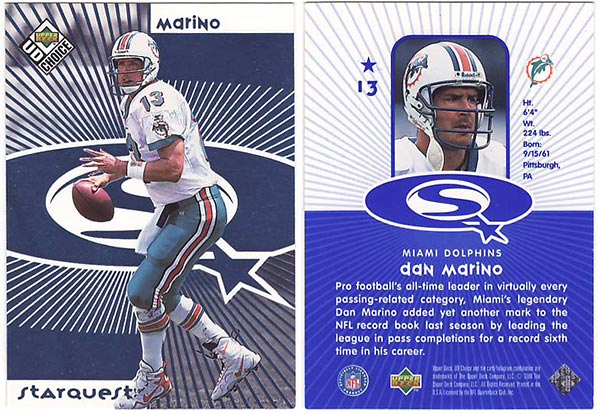 It's been 15 years since Marino retired, and about the only record those upstarts Peyton Manning and Drew Brees haven't stolen from him is the record mentioned on the 1998 card above. Dan led the league in pass completions for six years; that's as many as Manning and Brees have combined. It figures that it would take two quarterbacks to combine to topple Marino's stranglehold on the record book.