There is a loveliness to Wriphe that does not fade.

In hindsight, do I watch a lot of movies about death?

39/2048. Death on the Nile (2022)
There's a lot in this that sequel to The Orient Express that will feel not quite right to hardcore Christie fans, but I was more bothered by the CGI used to replicate 1930s Cairo than the anachronistic cultural mores or addition of Poirot's backstory. Don't get me wrong, I still liked it and would definitely keep watching Kenneth Branagh Poirot movies.

40/2049. The End (1978)
In this blackest of comedies, Burt Reynolds plays a man so afraid of pain that he is determined to kill himself before his terminal disease can. When this film works, it's usually because of Burt's natural charm, though it does squeeze some good comedy bits from very real human situations. (I found the third act slapstick to be too broad given the dark matter that preceded it. Your mileage — and tolerance of Dom DeLuise's over-the-top antics — may vary.) 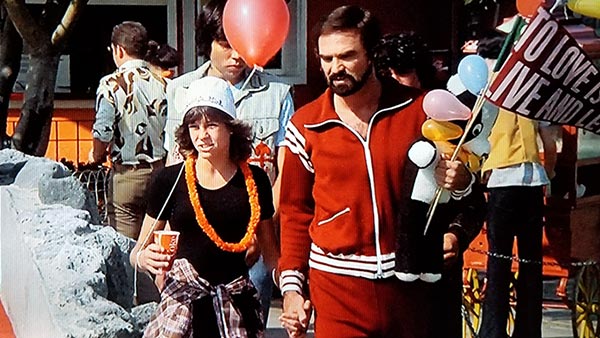 41/2050. The Green Knight (2021)
The classic legend is about a knight on a quest to have his head chopped off, but this modern telling is more acid trip than road trip. Every line of dialog only makes the story more confusing. It might be more tolerable if it wasn't all filmed in a dark forest without lighting. Blech.

42/2051. The New Mutants (2020)
Whenever someone wonders what "studio interference" is, point them to this movie. The writer and director were very clearly using trying to make a horror film about adolescence and sexual awakening, but the studio wanted more traditional superhero fare. The actors seem completely confused (disinterested?) about what they're supposed to be doing, and the result *is* a nightmare, just not one that anyone would want to see.

43/2052. Tony Hawk: Until the Wheels Fall Off (2022)
The old footage and glowing interviews about Hawk's early days are cool. Unfortunately, Hawk is unable or unwilling to examine his adult life outside of the world of skating, so in the end, he seems almost a victim rather than a champion, especially as the story ends wallowing on his inevitable physical decline. Was the intention of this documentary to make him a martyr?

44/2053. Closed for Storm (2020)
Another documentary, this time about the doomed New Orleans Jazzland theme park, from its conception to its destruction by Katrina to its abandonment by Six Flags to New Orleans' continued inability to do anything with it's remains. Honestly, it's the last part that I found most interesting because that was when the film veered from mere morbid nostalgia to something bordering on political activism against corrupt governance. Rage against the dying of the light, indeed. Of course I liked it.

I think there's something to the Art Deco style that goes a little deeper than is generally credited. Years after the movement unofficially ended, it is still the subject of much emotional appeal, if it's continuing appearances in all forms of popular media are any indication. Perhaps it's because the movement is so strongly linked to the period between the World Wars of the 20th century, that period of simultaneous excess and poverty coupled with industry and futurism evocotive of the emergence of the United States as THE world power. Maybe it's because Deco was more decorative (for art's sake!) than the rival, utilitarian International Style without being as pretentious as the preceeding Nouveau. Or then again, maybe it's the fact that Deco was the springboard for the endearing Googie, providing it a position as a favored ancestor. I like to think that it's just because it looks so good.

Where did this train of thought come from, you ask? I've spent a lot of time this week looking at architecture from the American World's Fairs of the 20th century. There have been some spectacular buildings constructed for the purpose of temporary entertainment. New York has no doubt had the best of it, as the style and enduring memory of 1939's Trylon and Perisphere or 1964's Unisphere tower over other Fair relics such as Knoxville's Sunsphere, San Antonio's Tower of the Americas, and Seattle's Space Needle. (Towers and spheres were clearly pretty common themes for 20th-century modernist architects.)

I have long cherished the 1939 Fair as the cradle of superheroes. (1940 World's Fair Comics was the first to feature both Batman and Superman together -- on the cover. They were in separate stories inside.) But the 1964 Fair has a lot going for it, too. The aforementioned Unisphere is a masterpiece of sculpture. And the Uniroyal Tire Ferris Wheel was so spectacular that Detroit can't bear to let it go. (The giant vulcanized tire puts me in mind of Birmingham's cherished giant Vulcan, similarly made for a World's Fair -- St. Louis 1904 -- but now residing in a comfortable, customized park.) This all, of course, leads to one of my enduring interests: decaying urbanscapes. Have you seen the remains of 1964's New York State Pavilion? Fantastic!

To quote the NY Pavilion architect, Philip Johnson, "There ought to be a university course in the pleasure of ruins."

I just realized that I've wasted my entire afternoon (the last few hours, anyway) looking at pics of abandoned amusement parks on the internet. I can't help it. I know I've mentioned it before, but I'm just fascinated by scenes of manmade structures overcome by nature. Best of all are the fallen amusement parks: titans of technology devoted to staving off mankind's worst enemy -- boredom -- left fallow and destroyed by sun, wind, water, and time. If these haunted steel and concrete skeletons are discovered by future archaeologists, what conclusions will they draw about their ancestors?

See the ruins of Chippewa Lake Park in Ohio. Wander through abandoned Dogpatch USA in Arkansas. Or, if you're feeling adventurous, visit the orient to see the remains of "waste recreational area T" or "Nominal Koka family land" in Japan, the home of the decaying theme park.

Wriphe [Official Comment]: Posted Jun. 14, 2020 at 01:55:46 AM
As of 2020, none of these links are still active, which makes references to those sites ghosts, like the original ruins themselves.