The meaning of Wriphe consists in the fact that it makes no sense to say that Wriphe has no meaning.

Thanks, Meyer. I'm rather partial to the chokLit bunny myself. 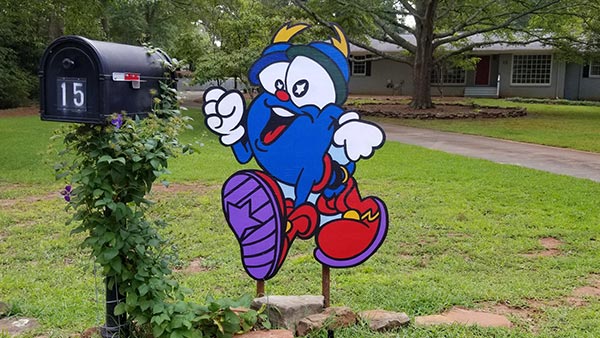 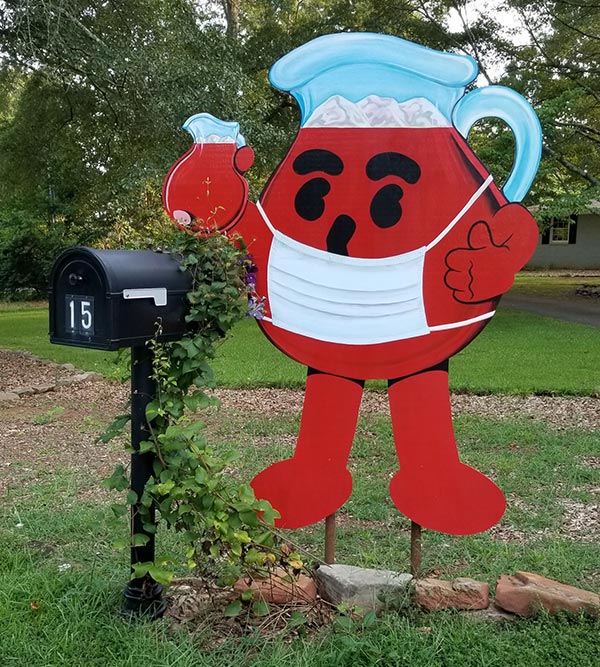 What's the best way to beat the heat on a hot summer day? If you said read The Adventures of Kool-Aid Man™ comic book, you're right! 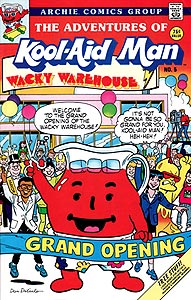 And this is a typical Archie style comic book: light reading about a bunch of kids and an oversized animate pitcher of sugar water who just want to have fun. Standing in their way is a slit glasses-wearing living flame named Scorch, who like all anthropomorphized flames, just wants to ruin everybody's good time, but not in a way that really causes anyone lasting pain or anguish. (He's an imp, not a terrorist. The only American who cared about terrorists in the 1980s was Chuck Norris, who spent hundreds of hours at the theater keeping america's shores safe in such classics as Lone Wolf McQuade, Delta Force, and my personal favorite, Invasion, U.S.A.) The book is even drawn by Dan Decarlo, THE Archie artist.

My only gripe is the manner in which it attempts to promote the (at the time) latest Kool-Aid flavor, Berry Blue. Knowing that there wasn't any real relationship between fruit and their licensed product of water-additive, the manufacturers instead decided to have Kool-Aid Man work a little "blue." Reading "The Wacky And Wild Dance Party" in this issue, it doesn't seem like the marketing department really gave their plan enough thought:

Wait, what did she just say? Is it just me, or doesn't that sound like slang for something that does NOT need to be in an Archie comic book, which is ostensibly , you know, for kids? 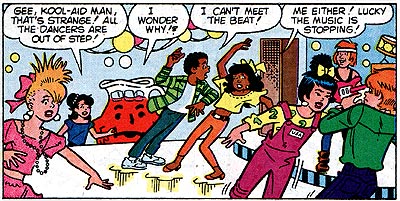 Nope, it's not just me. Of course they're out of step, Beth, you've led Kool-Aid Man into the Blue Ball Room! (That's not cool or refreshing, Kool-Aid Man!) With dialogue like "I can't meet the beat," someone else had to be in on this joke as well. If you ask me, I think this story gives a new and terrible meaning to the phrase "drinking the Kool-Aid."

If Kool-Aid Man is made out of a giant pitcher of Kool-Aid, when he drinks a refreshing glass of Kool-Aid, would that be considered cannibalism? Or is Kool-Aid Man a Christ-like figure whose faithful followers drink the blood of Kool-Aid Man? All I know is that I have some deep soul searching to do before I drink anymore Kool-Aid this summer. I'm not sure I'm ready for a beverage with this many issues yet. Oh, Yeah.