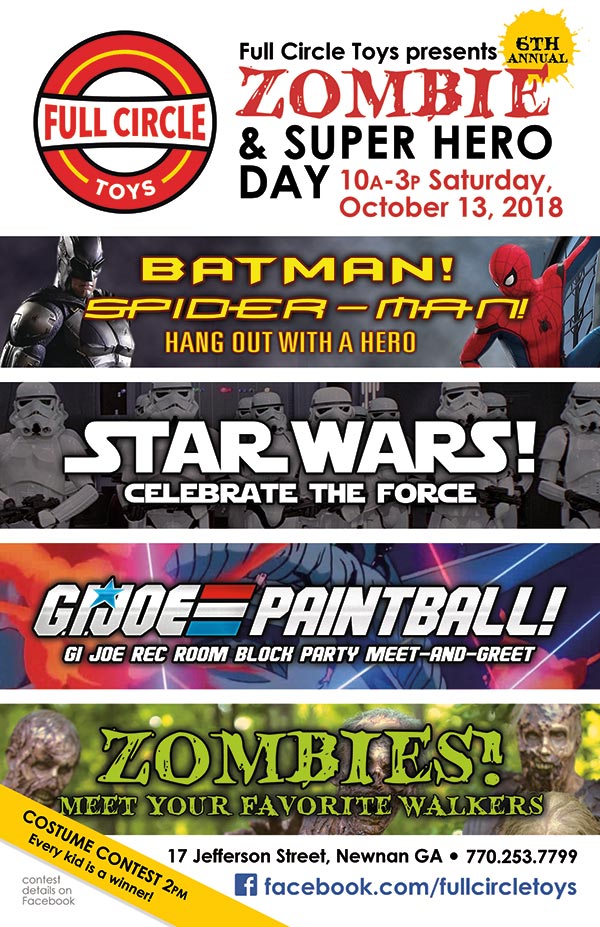 I haven't been very good about updating the "work" section of this site lately (so much of what I've done in the recent past is app coding, which doesn't show off very well), but here's something that I just finished that I think turned out well. 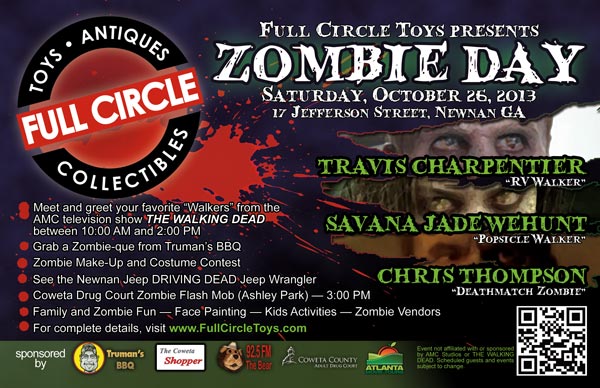 For the record, yes, I enjoyed this project despite thinking that zombies are stupid and never having seen a single episode of The Walking Dead. Sweet, sweet irony.

AMC's The Walking Dead is filming at my old high school today. According to Newnan's The Times-Herald, the television show's location manager notified the city council that "neighbors might expect to hear live gunfire at the high school... until around 4 a.m." So if anyone hears live gunfire after 5 AM, remember to call the police.

Back when I was attending Newnan High School, scenes for Pet Sematary Two were filmed on campus while classes were still in session. I recall staring numbly out the window of one of the second-floor classrooms as crews toted light equipment across the front lawn. I heard a rumor that Edward Furlong was on campus at some point, but I never saw him. It was all very unexciting, but watching some roadies in vinyl jackets emblazoned "Pet Sematary II: Raise Some Hell" spread spiderwebs of power cables over the sidewalk was still far preferable to Introductory French lessons.

Like The Walking Dead, Pet Sematary Two is principally concerned with zombies. You may recall that less than two years ago, Zombieland shot scenes in downtown, no more than three city blocks away from the high school. Someone in Hollywood must have taken note: Newnan High School is a good place for producing zombies. As a former student, I can't say that I disagree.