A poll earlier this week showed former UGA running back and current U.S. Senate candidate for the state of Georgia Herschel Walker leading all other Republican primary candidates with an estimated 75% support of voters surveyed. That's a lot, especially for a guy who has never held public office, hasn't made any public statements about what he plans to do if he held public office, and hasn't even lived in Georgia for the past decade.

Hershel is a legend in this state, and rightly so, for carrying the University of Georgia to its (most recent) national title in 1980. He was truly a great running back and deserves all possible accolades for his performance on the field. Maybe I'm old-fashioned, but I don't think that alone qualifies anyone for political office, at least not until Congress decides that the only way though its political gridlock is physical violence on the gridiron.

Seventy-five percent of one party is a lot, but I wonder if Hershel's support might not be even higher if he wasn't personal friends with Donald Trump. The two go way back to Hershel's time in the United States Football League. Hershel was the star player on the team that Trump bought then promptly ran out of business. What a way to earn a guy's eternal loyalty!

(Immediately after buying the team, Trump tried to hire coach Don Shula, the only coach with a perfect NFL season, away from the Miami Dolphins. As a negotiating tactic, Trump made the mistake of trying to pressure Shula via the press. A resentful Shula stayed with the Dolphins to become the winningest coach in NFL history; America elected the bad negotiator to the presidency.)

As a Bulldogs fan, it bothers me to say that I would vote against Hershel. I think, aside from his misguided allegiance to a disgraced former president, he's probably a decent enough fellow. But I don't think "decent enough" qualifies anyone for political office either, even if you couple it with great athleticism. 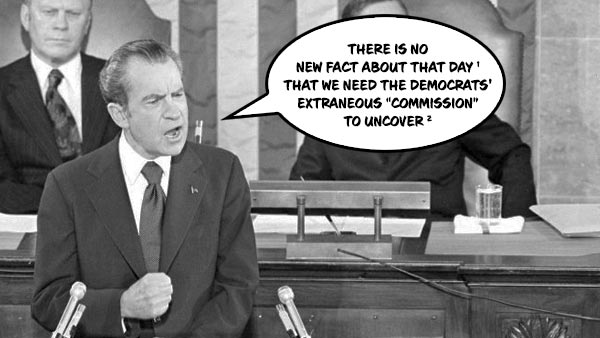 3 Image is a visual approximation

Stuffed animals often become a comforting, reassuring presence for their owners, and 2020 was a terrible year. Put those two things together, and you might have predicted a stuffed animal boom in 2021. But did you realize what form they'd take?

If you said teddy bears or puppy dogs, you haven't been paying attention to pop culture lately. 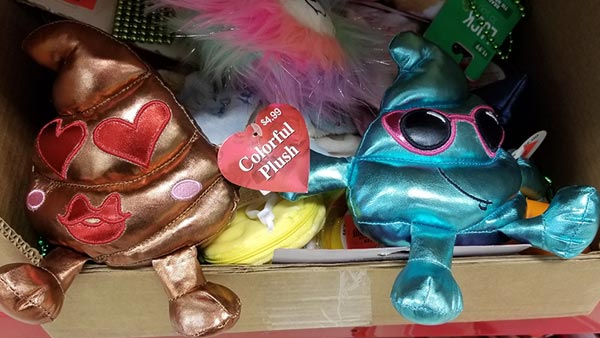 That last one there is a tie-in with the unmemorable Emoji Movie, which reminds me that back in the day my brother had a stuffed, vinyl E.T. doll that I found particularly unattractive. I owe you an apology, 1982 E.T.

Well, America sure was nice while it lasted.

"My fellow Americans, our long national nightmare is over.

"Our Constitution works; our great Republic is a government of laws and not of men. Here the people rule. But there is a higher Power, by whatever name we honor Him, who ordains not only righteousness but love, not only justice but mercy.

"As we bind up the internal wounds of Watergate, more painful and more poisonous than those of foreign wars, let us restore the golden rule to our political process, and let brotherly love purge our hearts of suspicion and of hate."

Just this week, you retweeted to your 87 million followers, a conspiracy theory that Joe Biden orchestrated to have SEAL Team Six, the Navy SEAL Team Six, killed to cover up the fake death of Bin Laden. Now, why would you send a lie like that to your followers?

I know nothing about it, can I-

That was a retweet. That was an opinion of somebody—

—and that was a retweet. I’ll put it out there. People can decide for themselves. I don't take a position.

I don't get that, you’re the President. You're not like, someone's crazy uncle who can just—

That was a retweet. And I do a lot of retweets. And frankly, because the media is so fake, and so corrupt, if I didn't have social media.... I don’t call it Twitter, I call it social media. I wouldn't be able to get the word out. And the word is—

Well, the word is false.

—and you know what the word is? The word is very simple. We're building our country, stronger and better than it's ever been before.

And that's what's happening. And everybody knows it.

There's no small irony in the fact that the party that openly promotes the philosophy of Constitutional Originalism has chosen as its leader a man the Founding Fathers could have never imagined.

MR. HARRISON: I just left Washington Infirmary, and it's really something very special. The doctors, the surgeons, the bloodletters, and I learned so much about pleurisy. And one thing that's for certain: don't let it dominate you. Don't be afraid of it. You're going to beat it. We have the best cupping equipment. We have the best opium, all developed recently, and you're going to beat it.

But don't let it dominate your lives. Get out there. Be careful. We have the best snake oil salesmen in the world, and they're all happened very shortly [sic], and they're all getting approved. And the boiled mixture of crude petroleum and Virginia snakeweed is coming momentarily.

Wriphe [Official Comment]: Posted Oct. 7, 2020 at 05:47:25 AM
Historic footnote: W.H. Harrison died on April 4, exactly one month after being sworn in as president. Rumor has it that he caught a cold delivering the longest inaugural address in American history in the rain, and that his cold eventually turned to pneumonia. It also might have been typhoid fever. Whatever the truth, it appears his doctors and their experimental treatments (calomel, ipecac, castor oil enemas) didn't do him any favors.