Wriphe can only be understood backwards,
but it must be lived forwards.

Showing 1 - 10 of 15 posts found matching keyword: specter of the lich 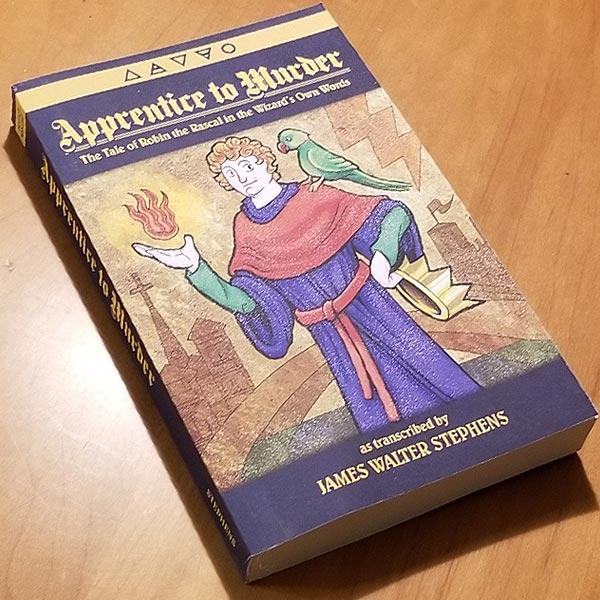 The digital copy of my fourth book is now available on Kindle for $2.99. Paperbacks will be available soon, probably next week, for $12.

Artimus, Whisper, Ico, Corrin, and Jon are reunited once again to defend the city of Sewert from dark magic. This time around our heroes are joined by Whisper's protege and Artimus' son plus a few more new faces (and perhaps a guest appearance by the World's Greatest Gladiator). If you enjoyed the first three volumes of the Central Kingdoms Chronicles, I think you'll like Specter of the Lich.

And if you enjoyed any of my books, please consider reviewing them on Amazon.com. As much I wish they did, these things don't sell themselves.

Central Trekgal - Upon King Gondarm's death in 434 CKC, Central Hurst annexed Trekgal into one nation under rule of King Erwin of Central Hurst. The new nation, called Central Trekgal, is by far the largest kingdom in the Central Kingdom, causing a great deal of concern among political watchdogs for the area's balance of power. The annexation led directly to Sewert declaring independence as a nation with the support of Arayis and Hartgrove.

North Hurst - King Wingard Hurst carries on the generations of hatred against his cousins in Central Trekgal. Now even more than before, the Hursts of North Hurst feel betrayed and rejected by their southern relatives. Their persecution complex has led to extreme fortifications made along the kingdom’s borders. Travelers agree that North Hurst is the least friendly kingdom in the area.

Ranaloy – Ranaloy has remained an out-of-the-way and largely ignored nation since birthing the Thorgillian crisis. Kierrie Artphalen, AKA Aliam Halverick, brother-in-law of previous King Grath, assumed the throne peacefully after the wizard Trafar retired as governor in 419 CKC. The mountain kingdom has quietly prospered in the years since.

Hatrtgrove - In 418, the ailing King Ryan held an open tournament to determine his successor. Though Baron Lustre the Fierce won the tournament, King Ryan declared the runner-up, a little-known wanderer named Ruurk, King of Hartgrove. King Ruurk has for years since held a tournament each year, reportedly in honor of his benefactor (although rumors widely-circulate that the mysterious Ruurk is instead searching for a particular unknown combatant).

Westin - Westin has thrived for years as Vincenton has grown in prominence. Now among the premier port cities on Arcland, if not the world, Vincenton has attracted fabulous wealth as chief supplier for the underground markets in Sewert. Still governed by the tradesmen's guilds, the wild city of the Central Kingdom has earned its reputation for attracting the ''undesirables'' forced out of other Central Kingdom nations.

Outer Westgrave - Many of the barbarian tribes that invaded Outer Westgrave during the Thorgillian Wars remained behind after its conclusion. The combination of the colonies of tall barbarians and short gnomes provides the other Central Kingdom countries great mirth at the expense of the kingdom's reputation. King Ostolve III, nephew of Gayorg II, rules the Central Kingdom country most tolerant of magical species.

Wurton - No sooner had Apocalypse Night passed than had Quincey Thrush returned to Wurtin and claimed the throne. No sooner had King Thursh claimed the throne than he declared himself Wurtin's representative to the Central Kingdom and relocated his royal residence to Sewert, making Wurton the only kingdom of the Central Kingdom to have its sovereign live outside the borders of his land. Thrush has lived in Sewert (minus many travels) ever since. Otherwise, Wurton is proof of the adage that the more things change, the more they stay the same.

Spint - It has taken Spint many years to recover from the death of their Queen during mysterious circumstances at the end of the Thorgillian War. The war left a lasting mark on the political landscape of the country, as greedy dukes and counts vied for the throne in open courts and battlefields and backroom deals. At last, through the influence of neighbors Arayis and Hartgrove, nobleman Lord Luther Cerviax, son of the previous Vice Chairman of the Central Kingdom, took the throne for good. King Cerviax moved the capital to Durtik where his political allies can protect him from further hostile action by jealous rivals.

Lansin - Nortimer Yearsef was proclaimed King of Lansin on his 14th birthday in 423. As promised, Roman Stoop steps down as both Regent and High Priest of Pelor on the same day. Young Nortimer publicly excuses Stoop for his actions in the Thorgillian War 8 years ago, but the reputation of the Church of Pelor has already suffered greatly. Priest Verner of Arayis is named as High Priest but leaves the headquarters of the Church in Lansin, the last kingdom in the Central Kingdoms officially devoted to Pelor by the grace of King Yearsef.