The more I think about things, the more I see no rhyme or reason in Wriphe. 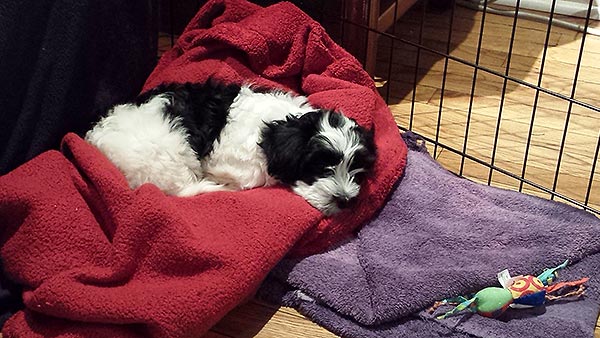 I mentioned the puppy in an earlier post. Like all puppies, Charlie is a little engine of destruction. And that's exactly why they're all so damn cute. If they weren't cute, we'd kill them.

New puppy in the house, breaking all the rules. I don't think you ever really realize how comfortably complacent you've become with the status quo until a new puppy forces you to reorganize everything in the house to ensure that nothing important gets chewed up or peed on. New puppies are notoriously big fans of dangling participles and all the trouble they can cause.