Wriphe is one long, steady disappointment.

Headlines across the internet are screaming about a chimpanzee named Travis that went bananas and mauled a family friend. I first noticed the story when I flipped past MSNBC, which had apparently had enough of reporting the terrible news from Wall Street ("DOW in Bottomless Free Fall!" "Automakers Beg for $20 Billion More!" "New Investment Scammer Revealed!") today and turned to an in-depth investigation of the case of the crazy chimp. 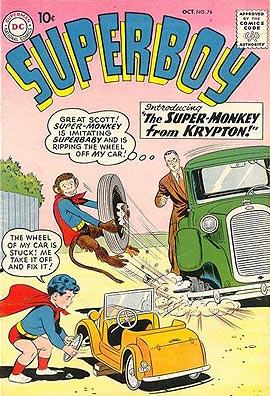 Travis was apparently treated like a member of the family for over a decade, even joining the family at the dinner table. (Which makes the owner's reported screams of "Just shoot him!" make me wonder how she treats her real children.) Every incident report about the situation includes something similar to "he appeared in advertisements for Coca-Cola." I'm sure that the suits at Coke never considered their association with a sociopathic chimp when they were casting for the part of star Coke-swilling monkey: "Kill Humans! Drink Coke! Ahhhhhh!"

Now, I'm no fan of the primate. ("They're like little, furry people," supporters say, and that's exactly why I hate them.) But, I don't really think this is that big a story, people. It just seems to me like we're looking for something other than the now-commonplace bad economic news. So we've turned to "Monkey Mauls Man" as escapist fantasy.

I mean, who didn't see this coming? Animals snap all the time. (If it were a human, we'd say they "went postal" or whatever phrase is en vogue these days.) We've all seen Planet of the Apes, Monkey Shines, and The Wizard of Oz. We've all read The Monkey's Paw, The Jungle Book, and Curious George. We're all familiar with >shudder< Gleek. 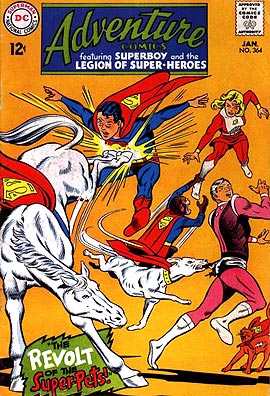 They may seem friendly, start out as "helpers," but soon they're going through the garbage, cooking methamphetamine over your stove, and beating the hell out of your loved ones. Monkeys are bad news. Always have been, always will be. Stay away, people, stay away. Let global warming do it's job.

I have to admit that I just don't understand America's fascination with midgets and monkeys.

Both are staples of comedy bits on TV from commercials to the Man Show. On the big screen Austin Power's Mini-Me became a cultural phenomenon not too far removed from Clyde in Any Which Way But Loose. (And yes, I know that Clyde, an orangutan which is a member of the ape family, is not actually a monkey. This is really a rant against dressing up primates in human clothing, so maybe I should have said "pygmies and primates" instead of "midgets and monkeys," but you get the general idea here.)

I believe that the reason that these two things are commonly considered humorous is because they are both (to different extents) miniature versions of the human form. Midgets are humans, small humans. Monkeys are hairy, small humanoids with tails. Notice that in both descriptions, the only common word is "small." That's right, to America, small equals fascinating. (Perhaps because we as a culture are now all so ridiculously large ourselves.)

Look at our obsession with iPods, Chihuahuas, cell phones, babies, and Tom Cruise. If a monkey reminds you of a small version of your office companions (which is exactly the point of a recent commercial for a internet job site), then you are likely to find the antics of the monkey funny as you project your office companions' activities and motivations onto the monkey's diminutive form. When Curious George falls into hijinks, we laugh. When Billy Bob Thornton gets into a shootout with Tony Cox in Bad Santa, we laugh. When Homer Simpson skips out on a robbery to watch the drive-in movie Hail to the Chimp, we laugh. (Though when Dunston Checks In comes on cable, we change the channel. We Americans are a fickle bunch.)

Perhaps it is because I don't much like people in the first place that I also don't much care for miniature versions of people. (Note to the Little People lobby: it's not that I'm a midget hater, I just don't find you particularly funny simply because you've got really stubby fingers.) I'm sure that I'm in the minority here, but I'm just damn tired of monkey jokes.

Oh, and happy thanksgiving. Can you guess what we talked about over our ham and potatoes this year? (That's right: a midget football league.)