Wriphe takes a bit of time and a lot of relationship.

Several times a year, I help a comic-shop owning friend of mine open and sort shipments of Magic cards. For those of you who don't know, Magic is the social activity of choice for youths who aren't athletic enough for sports, smart enough for chess, or socially aware enough for girls.

Naturally, most of the people who work in this sweatshop operation are Magic players interested in getting a first look at the new cards. Rare is the migrant employee who, like me, focuses on the job and not the cards. Rarer still is the employee on Social Security benefits. In fact, there's only one.

Pat Todd is the tortoise of the Magic-sorting game. He has two speeds: slow and slower. I suspect that part of his efficiency problem is that he has to squint at all the cards.

That said, I'll take working with Pat Todd over the average Magic player any day. While Pat Todd doesn't move fast enough to work up a sweat, at least he understands the value of hygiene. 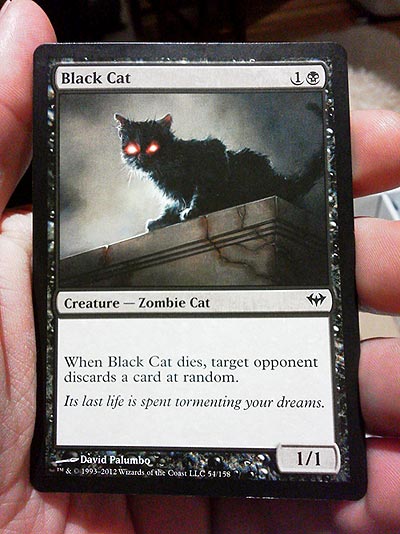 As an FYI, I've spent the better part of the past week (the part not occupied with moving or the Super Bowl) sorting Magic the Gathering cards for my high school friend Randy Fike. Randy and I go way back, and we were once roommates, though never previously were we co-workers. Anyway, Randy keeps bitching that I never mention him here in my blog. (Even though he only rarely visits Wriphe.com, as my pitiful hit statistics can attest.) So this post is to fulfill his request, keep Randy happy, and keep Walter employed. Mission accomplished.