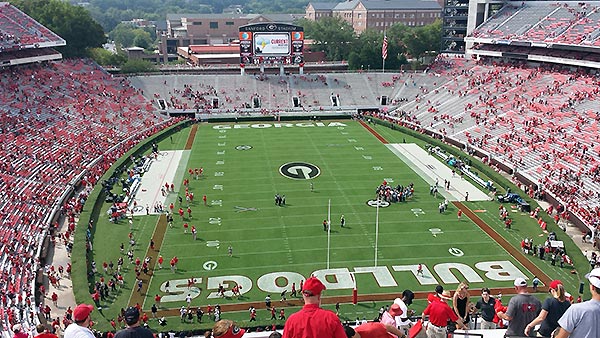 Has it really been so long since I last posted? Seems like forever. Guess I've been busy. You know it is football season.

Dawgs win again. (And I think my picture taking is getting much better.)

In the car the other day it dawned on me that "False Humility" is a redundant statement.