Dreams are necessary to Wriphe.

This past weekend I attended another wedding. More than attended, actually, as I was in the wedding party. The older I get, the more I wonder what's the point of having friends if they are going to keep dragging me into their rituals? 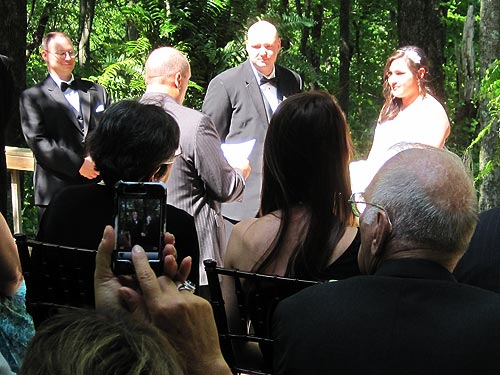 Chad and Meagan were married in the Blue Ridge Mountains of the Chattahoochee National Forest. The wedding itself was held at an elevation of about 2100 feet on Snake Mountain. (The name made my brother nervous, as he was frequently looking over his shoulder for an appearance by Skeletor.) This is the second time I attended a mountain wedding, once in the Sierra Nevada and now on the southern end of the Appalachian. I suppose everyone I know wants to start their marriage with their head literally in the clouds.

Blue Ridge, GA is a strange place, more Tennessee than Georgia country. It seems that everyone calls their home a "cabin" and maintains a gravel road in order that they might still drive during frequent winter freezings. At least the people seemed nice enough, especially when compared to their neighbors in Tennessee. 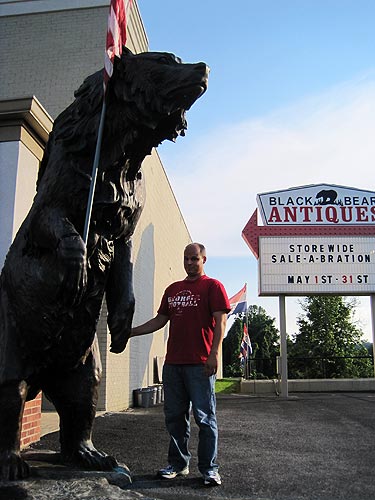 Trey and I had a good time on the drive up, especially after we spotted that bear statue that looked very unhappy to be chained to an American flag. (There's an allegory in that, somewhere.) And everyone had a great time at the bachelor party I organized. We drank Coke and played video games until the groom hurt his elbow playing Foosball. Never tell me I don't know how to party! 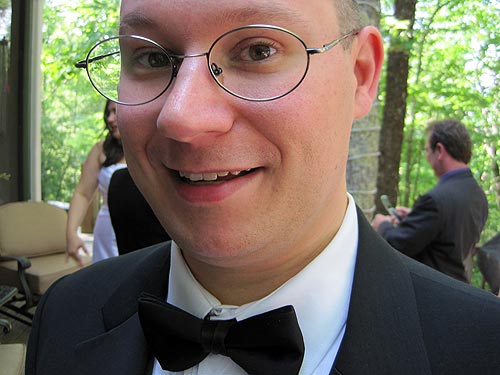 Thank goodness it's all over. Here's hoping no one else I know ever ties the knot; I'm getting too old for this shit.