I feel that Wriphe is divided into the horrible and the miserable. 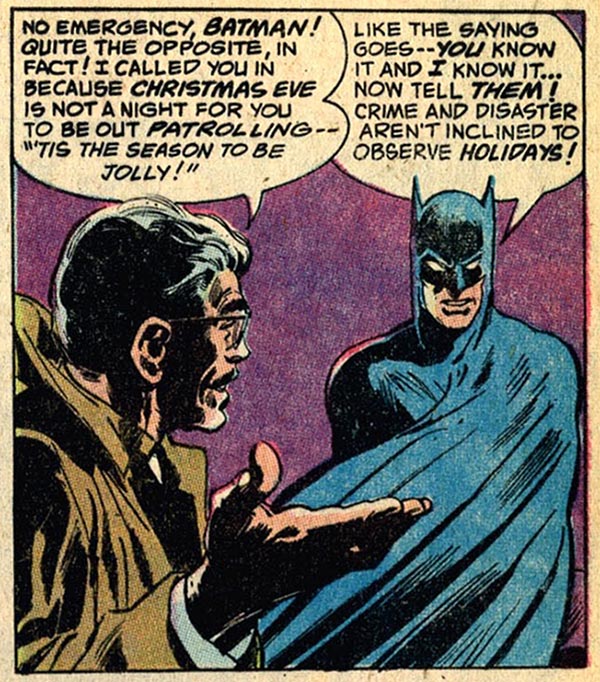 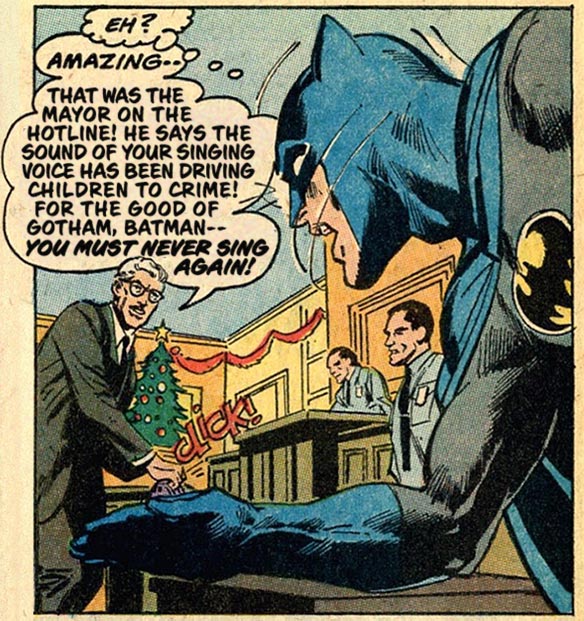 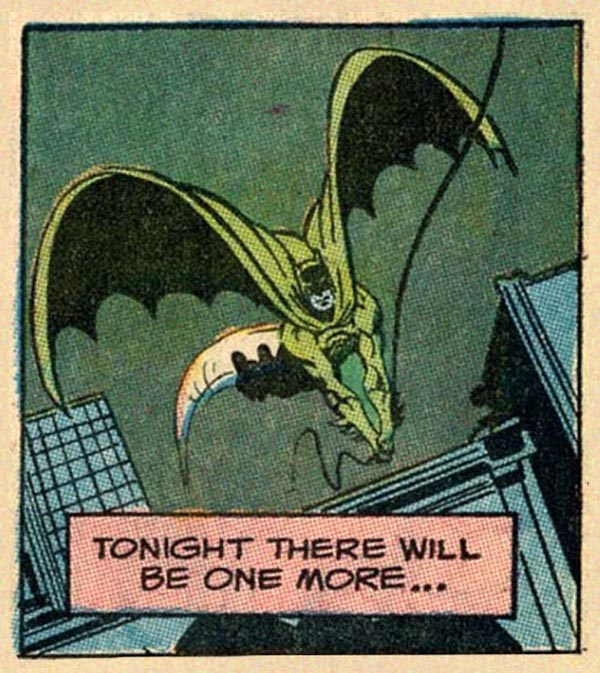 This month saw the release of Detective Comics #1027. That's right, it's been one thousand issues since the first appearance of Batman!

If you do the math, you'll see that DC cheated a little. It should take 83 years and four months to publish 1000 monthly issues, but Detective Comics #27 was released in March 1939, so it's really only been 978 months (81 years, 6 months). That's nearly 2 years ahead of schedule. Knowing DC, its probably just so that they have an excuse to sell us another $10 "anniversary" issue in 2022.

Oddly, time in comic books generally tends to move the other direction. I doubt Batman has aged even 10 years in the past 1000 comics. Some say they would prefer something closer to real-time aging in comic books, but who really wants to read the adventures of an octogenarian Batman? Could he still be the World's Greatest Detective if he can't remember to take his pills? 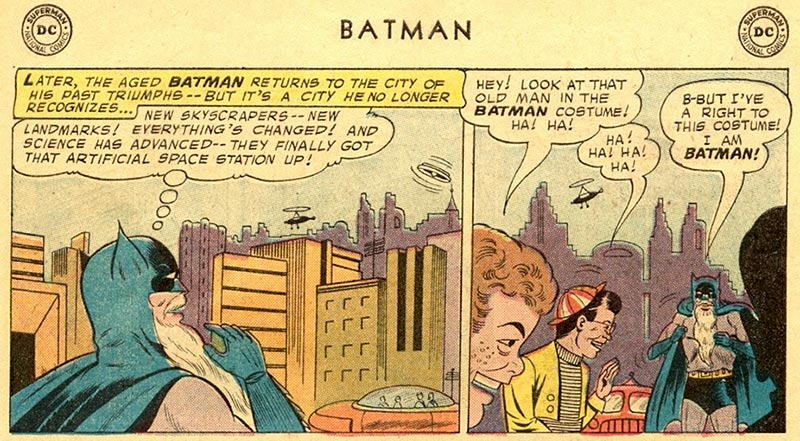 In late 2011, DC transitioned to "The New 52," a publishing initiative intended to attract new readers to comics by reimagining the DC Comics universe of characters for 21st-century audiences. In that regard, it was a big success. New readers did flock to DC's titles, but at the cost of many longtime readers who had supported the publisher for decades and now felt betrayed. When the new readers moved on to the next fad, DC was left without any readers at all.

Four-and-a-half years later, in 2016, the company predictably responded to the failures of the New 52 with a return to the characters and stories the New 52 had discarded. They called this event "Rebirth," and it was in some ways good and in other ways more of the same poorly thought-out, short-term behavior that had doomed the New 52. For example, it was promoted from the beginning that the famously enigmatic Batman villain Joker would finally get an origin story. Fans loved that idea, so, naturally DC didn't follow through on it for four more years as they instead focused on revisiting stores from the 1980s. And they wonder why their market share keeps shrinking.

Which brings us to the year 2020 and The Three Jokers, its name alone an overt reference to the self-inflicted damage that decades of navel-gazing reboots have done to what passes for history in the lives of DC superheros like Batman. As so much else from DC these days, the story of The Three Jokers is woven around some of the biggest Joker stories ever told, most of them more than thirty years old.

Why should any young reader be interested in returning yet again to stories written when their fathers were children? Why should their fathers buy the same old story a third, fourth, or fifth time? Nostalgia is a game of diminishing returns, and all this navel gazing only continues to alienate readers already concerned that DC has nothing new to offer in exchange for the $5 cover price cost of a modern comic book.

Clearly DC learned the wrongest of lessons from their New 52 debacle a decade ago and have reverted to repeating the same mistakes that got them into that mess to begin with. Something tells me that if the Joker was a real person, he'd get a kick out of that.

The following strip is as on-the-nose today as it was when the fantastically talented Coleen Coover created it in 2010 — because Batman is timeless. 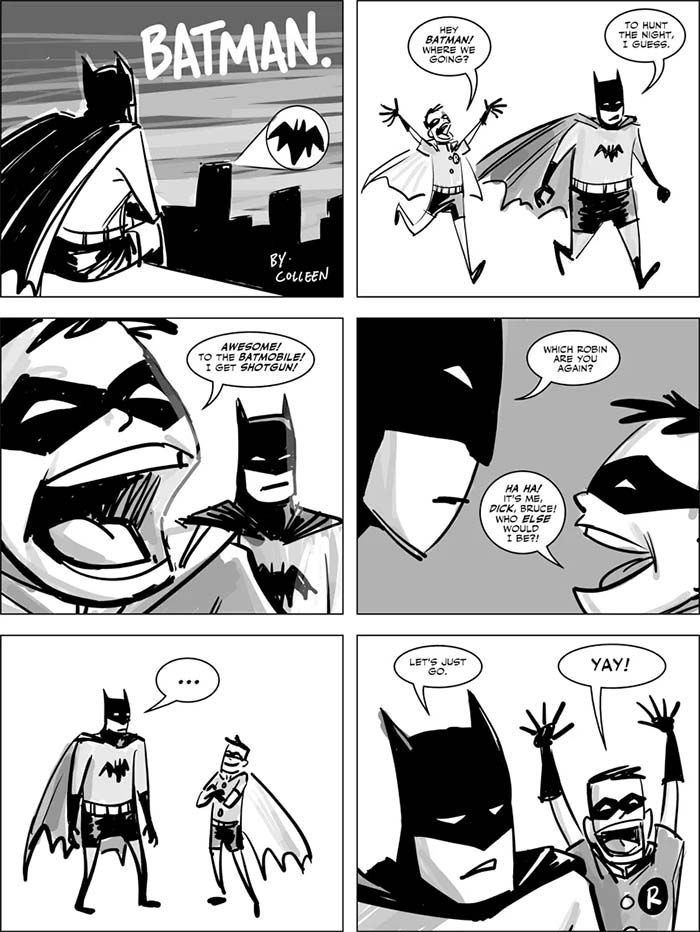 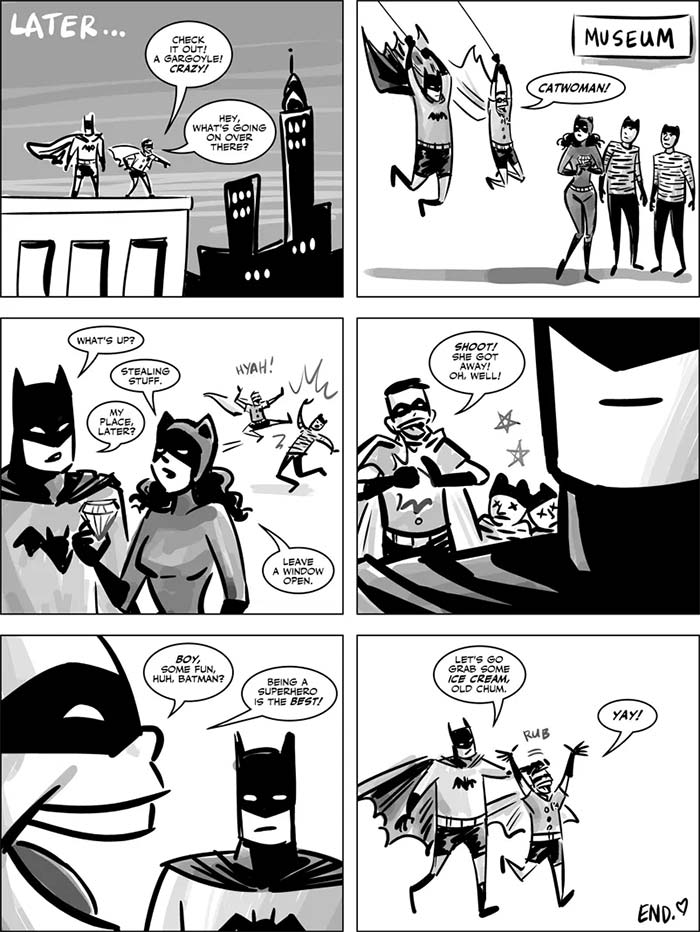 Someone asked if I had drawn the Batman PSA I posted on the 2nd. No, I did not. That came straight from DC Comics.

I didn't make this, either. It come straight from the people who made The LEGO Batman Movie.