Death is not the opposite of Wriphe, but a part of it.

Since I obviously don't have much else to say right now, let's just keep going with movie reviews, shall we?

50. (1279.) Straight Outta Compton (2015)
Nostalgia is insidious! I distinctly recall that I was no fan of "gangsta" rap back in the day, but watching this movie I caught myself thinking how much better NWA was than the hip hop I've heard recently. That realization made me ask myself whether I like the older music just because it's more familiar? By the same regard, did I enjoy this movie, or did I just enjoy revisiting my past? Dammit! Fuck you, nostalgia.

51. (1280.) Power Rangers (2017)
Another nostalgia trip, if you liked Power Rangers on TV, I don't see why you wouldn't like it here. Unless you hate Krispy Kreme doughnuts. I admit this product placement feels a little too forced.

52. (1281.) Macon County Line (1974)
A different sort of nostalgia for the Korean War generation, this unnecessary bit of youth-in-revolt thriller cinema was written by The Beverly Hillbillies' Jethro, filmed with southern California standing in for Georgia, and probably shouldn't be watched by anyone. I share this piece of product placement as a public service announcement: 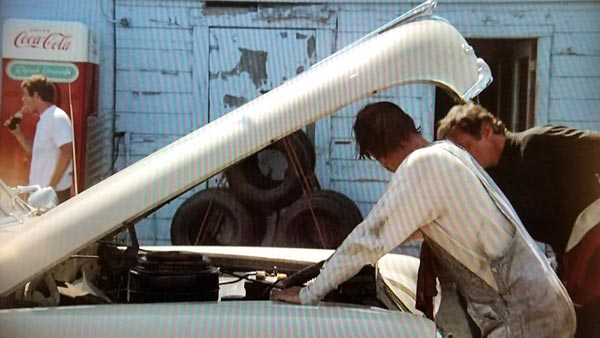 That Coke is the only good thing to happen to him in the whole movie.

53. (1282.) Return to Macon County (1975)
Macon County made its producers a lot of money, so the next year they came back with this, a sequel in name only. This one stars before-they-were-famous actors Nick Nolte and Don Johnson as drag race wannabes. (I was more excited to recognize the gun-happy waitress as Robin Mattson, the sister-in-law of the titular "Ricky" in one of the best episodes of The Incredible Hulk.) Don't let all that star power excite you, this is just as boring as its predecessor, though this was at least filmed in Georgia, which might explain why Coca-Cola doubled down on the product placement. 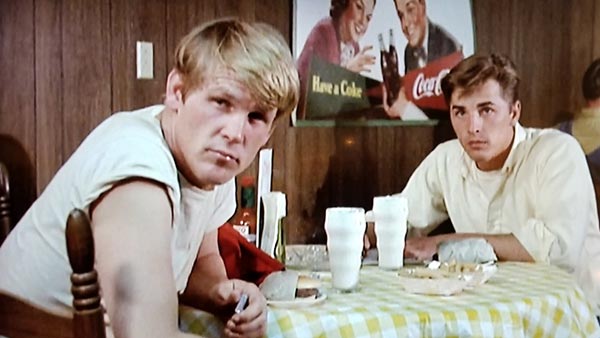 Smile, boys. You're having a Coke!

That's still not the end of March movies!. More to come.