I'm of the opinion that Wriphe doesn't always tie up neatly
at the end of the episode.

A new year means new movies! Here's the first of two batches of movies watched in December. Pay attention, there will be a quiz.

198. (735.) Diabolique (1955)
Great French noir. Did I solve the mystery before the movie spelled it out? You bet I did. That did not, however, diminish my enjoyment. Gone Girl should have been paced so well.

199. (736.) The Prince and the Showgirl (1957)
I recorded this movie specifically because it was the setting for My Week with Marilyn. Shortly after seeing that movie, I worked a jigsaw puzzle that included the poster for this movie, cementing it in my mind. So when this came on TCM, I captured it with my DVR. Where it languished. I simply couldn't gather enthusiasm for this for months, until at last I was forced to either watch or delete it. I'm glad I chose to watch it. It's a cute, light romantic comedy that features Marilyn at her best. 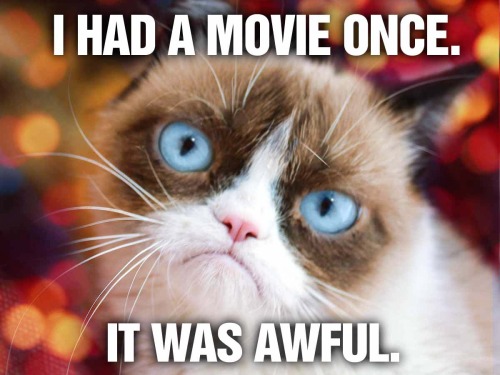 Oh, yes. I will watch this again.

201. (738.) Gaslight (1944)
I criticized Gone Girl above, but here's a movie that takes even longer to get to its point, waiting until even the most dim audience members have realized the truth. With some better editing, this might be suspenseful. As is, it's an exercise in patience.

202. (739.) Pete Kelly's Blues (1955)
The role Jack Webb was born to play! Actually, he was Pete Kelly on the radio years before this movie, so maybe there's some truth to that. The movie is a stock 30-minute Dragnet radio episode about a small-time mobster's protection racket padded with an awkward romance and blues music. I enjoyed it.

203. (740.) Roller Boogie (1979)
Ah, fad exploitation films at their finest! I am not going to try to explain why (Freud would have a field day!), but I loved this film. It pretends to be a ridiculous romance, but that's only an excuse for scenes at a roller disco, baby! Really, truly a masterpiece in the vein that would later produce Breakin' and Gleaming the Cube.

204. (741.) Lili (1953)
This is a musical romance about a girl who falls in love with a married man and a marionette. I'm still not sure whether the girl was stupid or retarded, and her "romances" were all the more creepy for that indecision. Ultimately, the movie is charming, but in a weird and unsettling way.