No man ever threw away Wriphe while it was worth keeping.

The Atlanta Journal-Constitution just ran an article by Tim Eberly about a Newnan man who was shot in the back by his dog in 2010.

Incident reports list the shooter as a 3-year-old yellow Labrador named "Buddy." (The same report also states – it really does — that Buddy didn't have a hunting license and had not graduated from a hunter education course.)

Dog shoots man? That sounds like something that I should have heard about before now. So I did what any curious man would do in the 21st century; I turned to Google. To my great surprise, Google tells me that Mr. Murphy's incident wasn't the only "dog shoots man" event of 2010. The Merced [CA] Sun-Star reported a separate incident.

The victim apparently had been hunting with a friend in the 15000 block of Highway 152 near Los Banos [California]. After the men had completed their outing, the victim placed his shotgun on the ground and retrieved his decoy ducks from the water about 15 yards away. While retrieving the decoys, the victim's black Labrador retriever stepped on his loaded shotgun...

Twenty-Ten seems to have been a big year for gun-happy dogs, but that's not the whole story. Those two crimes don't appear to be isolated incidents. In 2011, the Salt Lake City Deseret News reported about a 46-year old man in Brigham City, Utah:

After the man got out of the boat, a dog inside the vessel jumped up on the bow and stepped on the gun. The gun fired and shot the man in the buttocks.

Georgia, California, and Utah? Could it be a national conspiracy of gun crazy pooches? No, it's bigger than that. Earlier this year, the BBC reported on a hunter who lost his hand in a shooting incident in Dordogne, France:

A leaping dog inadvertently shot his master in the hand by catching the trigger of his shotgun during a hunt in the Dordogne, south-western France. Two of the [Blue Gascony Basset hounds] ran off after a deer while the third, the youngest and new to hunting, stayed by his master, according to French news magazine Le Point. "[Then] he jumped on me to give me a cuddle, I think," [the victim] Rene said. "As he jumped, he put a paw on the gun."

And thus we see behind the curtain. There's no way that man's best friends could turn on us without provocation, and the mastermind behind these crimes is exactly the super villain we should have expected: deer! Deer who twisting the well-intended minds of dogs everywhere, corrupting them for use in their ongoing war with humanity!

First Newnan, now the world! Grab your guns and watch your dogs! While we were busy worrying about the Mayan Apocalypse, the Great Deer Uprising of 2010 went global in 2012!

I've barely spoken to most of my friends since September and my brother is no longer speaking to me. So I've finally been driven to Facebook.

Before you declare that this news marks the end of the world we were all expecting, be aware that I created an RSS feed for Wriphe.com last January as a test for Boosterrific.com. Since I don't really have any other reason for its existence, I'm working on having that feed automatically exported to Facebook, where I figure it can't hurt to build a stronger presence in support of the work I've been doing through Cellbloc Studios in recent months. (It won't necessarily help, either; this is something of a "let's see what sticks" scenario.)

Rest assured, I'll still be posting here at Wriphe.com in 2013, but those of you who use Facebook might be able to read some of my posts over there, if I ever get this working. I'll let you know how it goes.

For the first time in 38 years, I opened no gifts on Christmas Day. Mom and I celebrated on Christmas Eve so that I would have plenty of time to get Dad to the hospital by 6 AM this morning for his scheduled angiogram. He'll likely be in the hospital until tomorrow, which is also his birthday. That's my birthday present to him; I figure a trip home from a hospital stay is probably as good a gift as any.

Not that our Christmas Eve celebration was exactly a big deal. Mom and I had a brief gift exchange and some homemade hamburgers (we forgot to make the french fries we had in the freezer) before working on a jigsaw puzzle. Other than the case of 20-oz Cokes given to me by my new bff Randy, everything I got for the holiday fits in a single, moderately-sized cardboard box. And not a single video game! A quiet evening with mom and no video games? I must be getting old.

I should probably point out that fewer people gave me gifts than ever before. I used to get presents from my aunt, but earlier this month she declared that she is in financial straits this season and wouldn't be exchanging gifts with anyone. I was worried about her until she showed up at our house with the brand new Kindle Fire she bought herself. The worst part was that she only came over because she wanted me to teach her how to use the Kindle. Add that to the time I spent installing Dad's new Blu-Ray player last weekend, and it's been a very Tech Support Christmas.

Still no word from my brother. Presents are wrapped and waiting for him and his new bride, should they ever decide to communicate with us again. Trey's defection from the family certainly remains a bummer, but on the upside, a small holiday gathering of just Mom and me prevented a recurrence of our dysfunctional family's most cherished tradition: our annual shouting matches. I have to say, it was a kind of a nice change of pace.

For the record, this post isn't meant to describe how shitty my Christmas was. In fact, I quite enjoyed myself. It was certainly among the best holidays I've had in the many years since Santa Claus stopped visiting. I only list these things and point out that they combine to something of a high-water mark in my experience so that you, my dear reader, can establish a metric by which to compare your own Christmases to mine. It is my dream that one day we can all have better Christmases through Science. It's what Jesus would have wanted.

Clear plastic bags are not an appropriate substitute for hard hats. 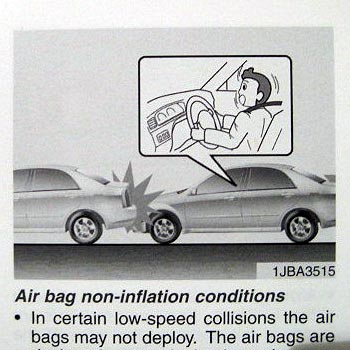 Car not for use as a battering ram.

I heard via someone who saw it on Facebook that my brother got married. Apparently Facebook has some value after all.

If you would have told me in November that my brother would get married before the end of the year without telling me or anyone else in our family, I would have called you fucking crazy. Shows what I know.

Congratulations, Trey and Melissa. I hope that the two of you will live happily ever after.

We're nearly done with 2012, so I have a limited time left to add to my movie list. Here's December so far.

290. Gandhi (1982)
It took me three days to watch this movie. I found it very depressing. Gandhi was a great man, and to think I followed in his courageous footsteps by... sitting on my couch and watching a movie about him. Sigh.

292. Best Worst Movie (2009)
A documentary about the cult classic Troll 2, a movie I've never seen. Now I think I have to. If it's half as much fun as this documentary, it will be worth it.

293. Kick-Ass (2010)
I Read the comic this was based on a few years back and thought it was terrible. By portraying a somewhat more realistic public response to the ridiculous premise, this movie is better than the source material, but squanders the advantage on a silly (and poorly animated) jet pack. Ugh.

295. Snowbeast (1977)
I need to cut SyFy movies some slack. This "movie" aired on television 3 decades ago, and is far, far worse than any SyFy killer giant alien shark movie. For the record, this made-for-tv movie is bad enough to come back out the other side.

296. Super Size Me (2004)
After seeing two other Morgan Spurlock movies this year, I decided I owed it to him to see the documentary that put him on the map. Ridiculous and entertaining.

297. The Forbidden Kingdom (2008)
Jackie Chan vs Jet Li in this kid's kung-fu movie. Makes me wonder whether the classic kung-fu movies it homages meant for kids?

298. A Christmas Story (1983)
Seriously, I had never seen this movie before. I have now. Anyone want to explain to me why it is an annual classic?

According to the Padorapedia, that toy represents a SA-2 Samson. If you are one of the billion people who made the 2009 film Avatar the highest grossing movie of all time, you will probably recognize it as "that cool helicopter from Avatar."

Designed as a piece of CGI science fiction, it is both distinctive and totally awesome looking. There isn't anything quite like it either in the real world or even elsewhere in fiction. This uniqueness qualifies it as the intellectual property of whoever owns the rights to Avatar, be that either 20th Century Fox or James Cameron.

So of course I was surprised when I saw this in my local Target:

Finally we know the answer to "where does he get those wonderful toys." For the Batman, the best part of living outside the law means not paying licensing rights.

Mark Richt came to my town on Tuesday as by coincidence I went to Athens. Richt was in town recruiting Newnan High School senior Trey Wiggins for the 2013 Georgia Bulldogs football team, and he took the time to visit with local schoolchildren at the elementary school where Wiggins' mother works. But what really seems to have stirred up the locals was Richt's dinner at the local Texas Roadhouse restaurant. Word on the street is that Richt is apparently "a really nice guy."

Mom and I had dinner at Texas Roadhouse on Wednesday. I wore my "G" hat and a "Dawgs" shirt. The waitstaff assumed that my attire marked someone who wanted to hear their stories of waiting on Richt the night before. Over the course of my main course, two waitresses approached me with their stories of meeting Richt. I sat patiently through an iPhone slideshow of Richt trying very hard to tolerate people interrupting him as he tried to eat his steak. At that moment, I knew what it felt like to be a famous head football coach.

I don't mean to be dismissive of their hero worship. I understand the appeal of meeting Coach Richt in person. I spent a decade in Athens, and the one time I bumped into him while walking across campus — in about 2004 — he asked to borrow my pen briefly to sign an autograph for a booster. As I recall, he was a really nice guy.

Hey, no fair! Superman's glass is much larger than the little glass they gave that rabbit!

The most important panel in Superman Meets the Quik Bunny, 1987.

Unfortunately, "super-drinking" isn't one of Superman's many powers, and Quik Bunny wins the World's First and Only Quik Drinking Contest. Superman probably shouldn't have handicapped himself with that comically long bendy straw.