Only when the clock stops does time come to Wriphe. 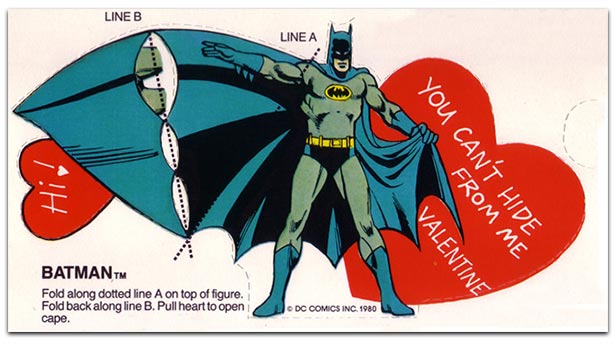 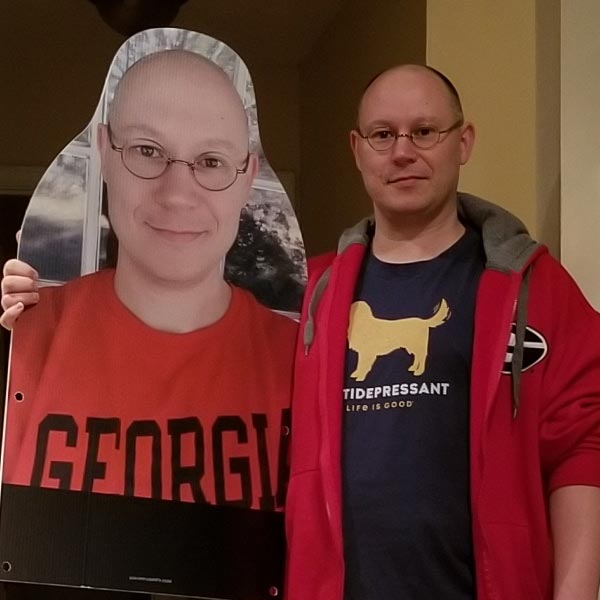 On February 6, I complained that my horoscope calendar was horribly wrong. I need to retract that post. It seems the calendar wasn't wrong; I was.

See, I had mistakenly turned the page to March instead of February. Both months start on a Monday, and I simply didn't realize I'd made the error until today. (Why didn't the stars warn me?)

So everything I wrote on February 6 should instead apply to March. The real February doesn't have 8 different days telling me I should be buying a house or falling in love. It actually has 10, including February 14:

Happy Valentine's Day! Wedding bells may ring for many Scales in love. Others might get engaged, It's also a favorable day to buy a house.

I love having options. 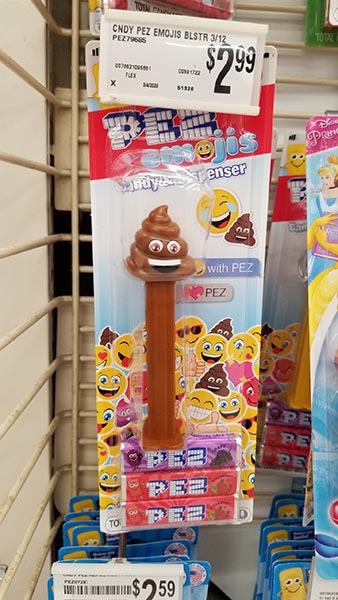 Mother asked for a cake for Valentine's Day, but not just any cake. Instead of the family recipe pound cake that I made her for her birthday, she wanted the Classic Southern Pound Cake from Southern Living magazine.

I've been baking pound cakes for years. This shouldn't be so hard, I thought. That was my first mistake. 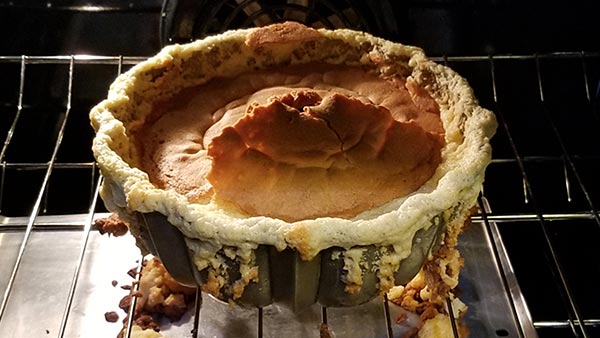 Pro Tip: When making a cake, make sure you use the right ingredients.

We have two identical, large yellow Tupperware containers, and they both have flour in them. One of them was the right one. I used the other.

They aren't the only flour containers in our pantry. The bread flour is in a third yellow Tupperware container, but that one is smaller. The cake flour — necessary for sponge cakes — is in a transparent container with its box top. Therefore it's only the containers for the self-rising and the all-purpose flours that look identical. One of these days, I'll remember to label them.

Anyway. As they say, if at first you add the wrong flour, try, try again.

I hate to admit it, but it really might be the best tasting pound cake I've ever made. Totally worth the trouble.

Wriphe [Official Comment]: Posted Feb. 17, 2019 at 02:54:37 PM
I accidentally used the self rising when the recipe called for all purpose. It rose. Then it fell. And it baked into a hard, inedible shell. Yuck.

In honor of Valentine's Day, today's blog post is about abortion.

There's been talk here in Georgia that the state legislature has been working on a new resolution to finally pass the long languishing Equal Rights Amendment. The local paper reported that one of the resolution's sponsors recently withdrew his support after talking with "people I know and people I trust" (who are, presumably two separate groups of people).

Before we go any further, to refresh your memory, this is the whole text of that very controversial proposed amendment to the United States Constitution:

"Equality of rights under law shall not be denied or abridged by the United States or by any State on account of sex."

That's simple enough. Why would someone want to go on record as being against that? To answer that question, I did a little Googling. You may be surprised to know that the Internet is full of opinions on the topic.

Some people say that the ERA isn't necessary because it duplicates the Equal Protection Clause of the 14th Amendment, which promises "No State shall make or enforce any law which shall abridge the privileges or immunities of citizens of the United States." If that were true, women wouldn't have needed the 19th Amendment to cast votes.

Some people say that the ERA would prevent women from receiving favorable bias in paternity cases. They say it could also force women into the draft. Are either of these such a problem? I would hope that women would have to prove their fitness to be a parent in court. If a war is so damn important that we have to force our citizens into the armed forces, it seems to me that women should serve their country just as men do. (If the thought of your daughter going to war makes you think twice about the need for warfare, all the better.) And God forbid that anyone should have to use a uni-sex bathroom.

Some people say that the ERA is bad because it is just another example of the federal government stealing rights from the states. That's true. Granted, the "right" it would be stealing is the states' ability to treat women like second class citizens, but it's the principle of the thing!

However, the "people" who talked our representative out of supporting the ERA didn't use any of those arguments. No, the persuasive argument against guaranteeing women and men equal rights was — you guessed it — abortion. They said that if we give men and women true equality, they can no longer tell women what to do with their bodies. Horror of horrors!

Frankly, that strikes me as a bullshit reason to deny or abridge equal rights for women. I'm no girl or priest, and I'm generally pretty good at "keeping it in my pants," so I try to have no opinion on the subject, but the logic seems simple. If abortion is murder as the bumper stickers tell me, it should be illegal whether a man or woman is carrying a child. If it's not, then what difference does it make what gender does it? Neither case should have any bearing on whether women should have the same rights as men.

But what do I know? I try not to have an opinion, remember.

If you ask me, the best argument against the ERA is the existence of Valentine's Day itself. If women and men are so damn equal, someone should be buying *me* chocolates today, dammit. 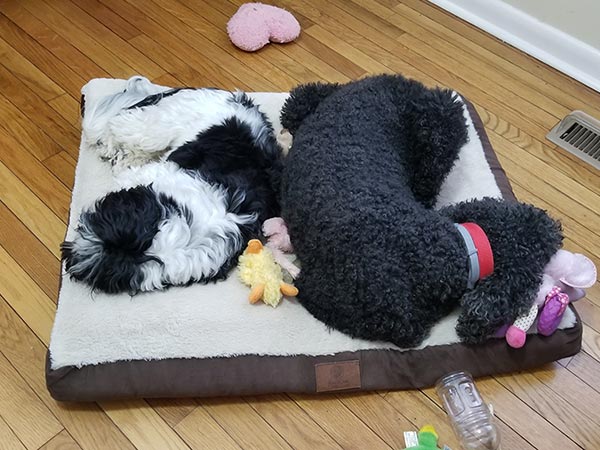 Batman was computer dating in 1966. Take that, Match.com!

Wriphe [Official Comment]: Posted Feb. 14, 2017 at 02:03:47 PM
On television, the batcomputer punched buttons to put information into the machine, and the answers came out on cards. In this case, I'm guessing a heart came out.

From the Bee Mine Department: 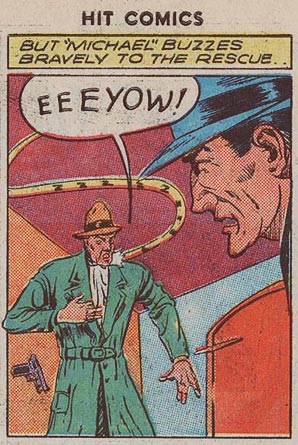 Michael loves his master so much, he'll do anything for him. So long as "anything" is sting yet another gun-toting mobster. (What can you expect? He's just a trained bee.)

Spambot posts are typically banal comments designed to innocuously seed url links to search engines and unaware humans. The latest attempt here at Wriphe.com, however, I thought clever enough to deserve a spotlight:

The next time I learn a blog, I hope that it doesnt disappoint me as much as this one. I imply, I know it was my choice to learn, however I truly thought youd have one thing interesting to say. All I hear is a bunch of whining about one thing that you possibly can fix in the event you werent too busy looking for attention.

In the future we'll all be trolled by hyper-critical, incredibly insightful spambots. Happy Valentine's Day!