Wriphe is not a matter of holding good cards, but of playing a poor hand well.

Showing 11 - 20 of 34 posts found matching keyword: seduction of the innocent

From the We've Been Here "Bee"-fore Department:

As America entered WWII, Hit Comics cut back to a bi-monthly schedule. It also cut back on it's villains. In issue Twenty-One, Red Bee shows up to confront yet another in a never-ending string of protection rackets. Apparently, the shops in Superior City were very, very fragile.

If there is a highlight in this adventure, it's "gun moll" Mae Floss. She doesn't get a lot of time on panel, but she does makes the most of it. Smooching, feigning distress, knocking the hero out with her purse: she squeezes more into her four panels than most Red Bee antagonists get in an entire story! 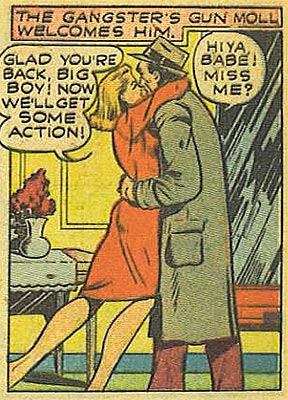 Since Miss Floss isn't seen after the Red Bee steers her getaway car into a brick wall, I like to think she escaped and will return to menace him again in the future. She'd make a good recurring villain for the Red Bee. It takes a special kind of man to train bees to sting on command, and that kind of man has no use for women. Who can blame him? We all know it's impossible to train a woman to do anything on command.

From the Because Red Credit Hog Was Taken Department: 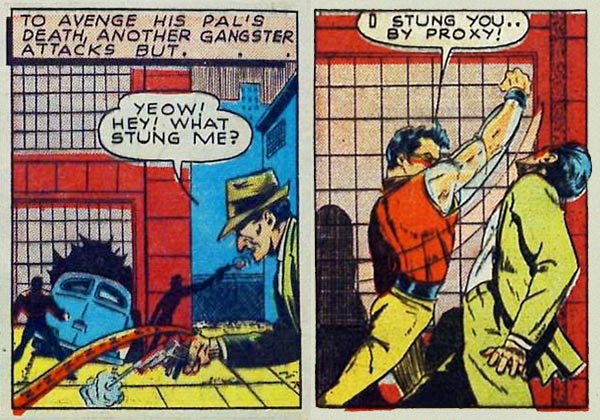 This story starts with a punk assaulting Superior City Assistant District Attorney Rick Raleigh in the showers of the local gym. Believe it or not, the motive of this attack is not explained. It has only the most tangential link to the adventure. Just a random assault on a naked superhero. That Dr. Wertham failed to mention this issue in Seduction of the Innocent must have been a clerical oversight.

Over the course of the rest of the adventure, Red Bee convinces a minor to join the mob, murders a man with a car, and then runs away from the police. Oh, and he's also a Peeping Tom. I've said it before: the Red Bee is my kind of hero.

This story makes it explicit that Michael, the Red Bee's bee, has been "trained to help in any emergency." I guess that means he can put out a fire by flapping his wings, defuse a bomb with his antenna, or dial a rotary phone to call a cab when the boss loses his keys.

Ah, the good old days. If the world of 2015 worked like the world of 1941, every teenager with a smartphone would be a costumed crime fighter. Come on, Siri, we've got work to do.

Who would have guessed that Batman's favorite movie is The Deer Hunter?

Elsewhere in this story, Batman uses his "tremendous powers of calculation" to win at roulette. I know Batman's secret system: always bet on black!

These panels are from "Killer's Roulette" published in Detective Comics #426 in 1972. If that were republished today, there'd be no suspense, just panels of two men sitting at a table covered in blood and brains. Kids these days.

I'm not the only one who seems to be celebrating Superman on his blog this month. The following images came from posts at other blogs I regularly visit.

The first panel comes from DC Comics Presents #61 (1983) by way of Mike Sterling's Progressive Ruin. It really does sum up everything else I love about Superman.

Meanwhile, Siskoid's Blog of Geekery shows the other side of Superman, Superman #109 (1956), which I also love.

That's right, Clark Kent and Lois Lane are out for dinner at the Gay Metropolis Supper Club. (I've discussed my affinity for Superman's adventures at Gay places before.) The Silver Age was a different time.

What with the rampant street crime, organized gangs of psychotics, and corrupt officials, no one in their right mind would want want to live in Gotham City. 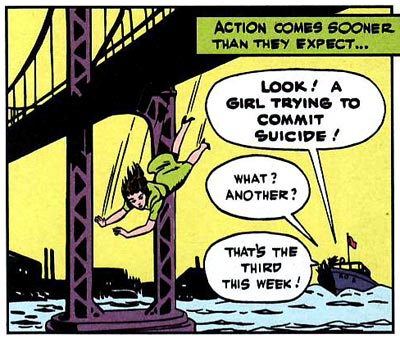 Three suicide attempts a week? That seems like a lot, even for Gotham City. What does the internet have to say about that?

From www.nj.com: The three jumps [from the George Washington Bridge] in less than a week's time [week of June 18, 2012] is not typical, [Port Authority Spokesman] Della Fave said. "It's been a tough year on the bridge," he said.

It sounds like if Batman is really interested in making a difference, he should spend some time in Sin City.

How did super heroes get their super powers in the Golden Age? By drinking potions carelessly mixed by ignorant children, of course.

Clearly, Bob here has the disposition required to make a good hero. It makes sense that this fellow would go on to name himself "The Black Terror" because it was the only costume that the costume shop had in stock that day. 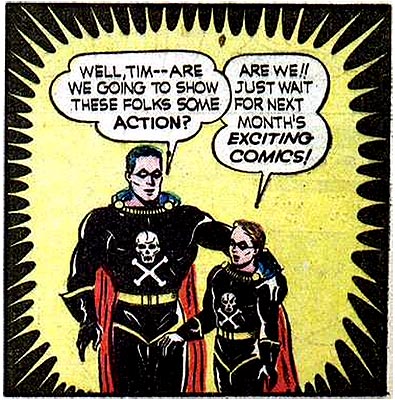 But don't worry about little Tim. He got what was coming to him in the end.

In the early issues of Rip Hunter, Time Master (1961), it is quickly demonstrated that our hero is a master marksman with handguns and thrown knives. He also has an encyclopedic knowledge of history and engineering. However, when confronted with angry men with sticks, his solution to the problem is not quite what you might expect.

You are a naughty, naughty man, Mr. Hunter. 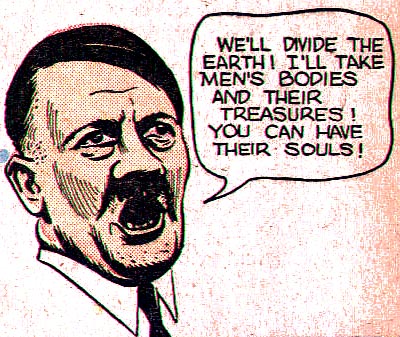 Because all Hitler ever wanted was men's bodies. By "treasures," I'm sure he meant their family jewels. 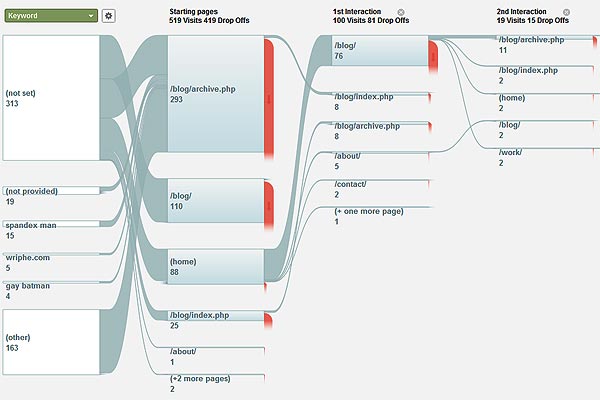 The above chart is Google's interpretation of traffic flow here at Wriphe.com. For the past 30 days, I've averaged better than 17 hits per day. (Do I even know 17 people?) Most of those people came directly to the site without search engine assistance. (That's a lot of typos.) However, the reason I show this is to point out that the three primary keyword searches that are sending people to this site are 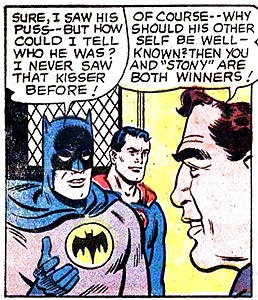 Wriphe.com: giving the people what they want since 2003.