Remorse is the poison of Wriphe.

Day 5, the final day of my vacation, was all about energy. Specifically the American Museum of Science and Energy in Oak Ridge, Tennessee, and its associated bus tour. 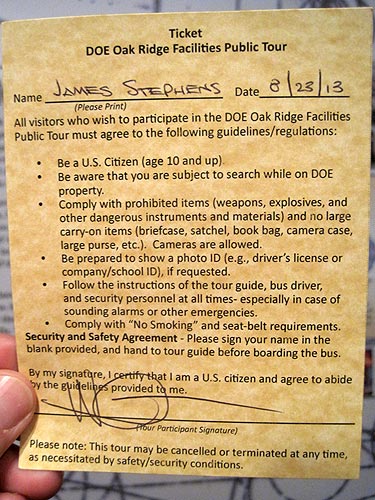 Coop had found the Department of Energy's Public Bus Tour of Oak Ridge National Laboratories online and became determined that we should partake. A 3-hour tour of the Manhattan Project sites for the bargain price of only $5. How could I refuse? 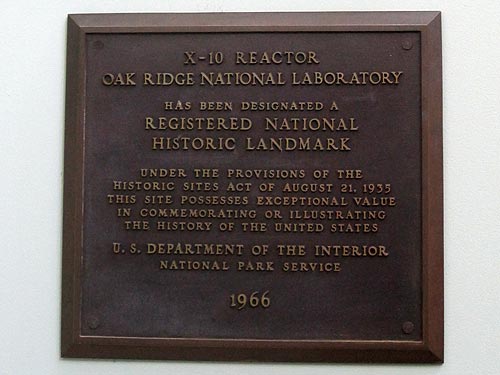 The AMSE itself isn't very entertaining. Its displays are text-heavy, so the experience is more like walking through a textbook than visiting bits of history. The bus tour picks up the pieces. The tour visits the Oak Ridge "Secret City" sites Y-12 National Security Complex, the X-10 graphite reactor, the abandoned Bethel Valley Church, and the site of the former K-25 gaseous diffusion plant. If that sounds kind of cool, it's because it is. 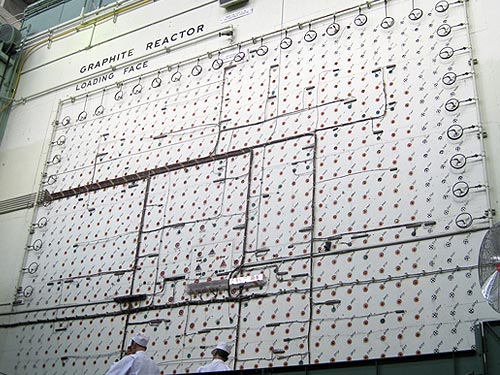 The highlight of the tour is X-10, the world's first nuclear reactor designed for continuous operation. The reactor was added to the National Registrar of Historic Landmarks in 1966, only three years after it was decommissioned. Hard to believe that a giant pile of inert carbon was instrumental in ending World War II. 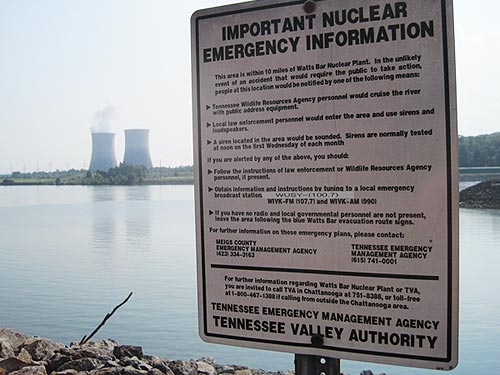 It was purely by accident that Coop and I later in the day passed the Watts Bar Nuclear Power Plant south of Knoxville. It turns out that Watts Bar contains the most recent nuclear power generator to come online in the United States. From the country's oldest to newest reactors in one afternoon? What a vacation!

Find more info on the American Museum of Science and Energy at amse.org.