I recently came into possession of some reproductions of lithographic editorial cartoons by Joseph Keppler from his portfolio A Selection of Cartoons from Puck by Joseph Keppler (1877–1892). (Book names were a little more more on-the-nose back then.) The art and craftsmanship of editorial cartoons has changed significantly in the century-plus since the heyday of Puck magazine, and not for the better. It's enlightening to compare how modern audiences would interpret Keppler's work compared to his Gilded Age peers. 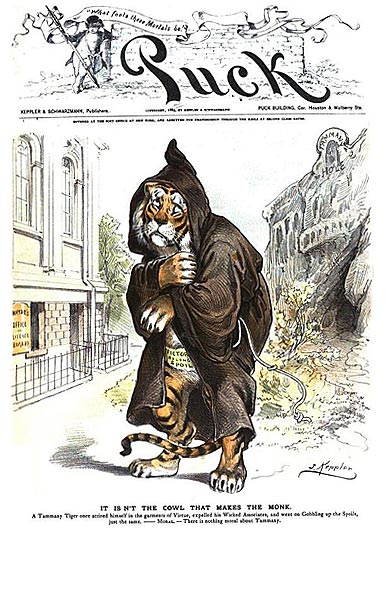 At first glance, what do you see in this cartoon original published on August 28, 1889? Is this homeless tiger in rags demonstrating that Obamacare will drive the once proud from house and home? Or maybe it's a commentary on the Occupy movement that hid its "fierce" intentions under a cloak of "peace"?

To Keppler, who was quite adept at drawing silly looking animals other than elephants and donkeys (though he drew those, too), the cartoon above was a criticism of how New York City's infamously corrupt Tammany Hall political machine -- iconized as a tiger by America's greatest editorial cartoonist, Thomas Nast -- disguised its political ambitions on the Mayor's office with fake piety by aligning itself with the Catholic Church. These days if political cartoonists draw Catholic Church references, it's almost always a pedophilia joke. That's not an improvement, Pope. 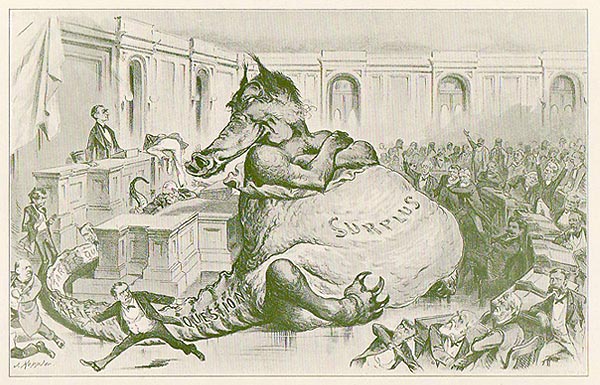 On December 7, 1887, fifty-four years before Pearl Harbor, this cartoon dragon wearing the dress of "surplus" challenges the do-nothing United States Congress to settle the hot-button issue of post-Civil War Protectionist tariffs on imported goods that had resulted in stagnating trade and a staggering fiscal surplus. At least that's what the cartoon would have meant to its contemporary audiences. However, modern audiences will simply see a do-nothing Congress scared to inaction by an imaginary beast: government fiscal surplus. These days, it's sadly easier to believe that a giant dragon will appear in the Capitol Building than to believe that the government will ever run a surplus again. 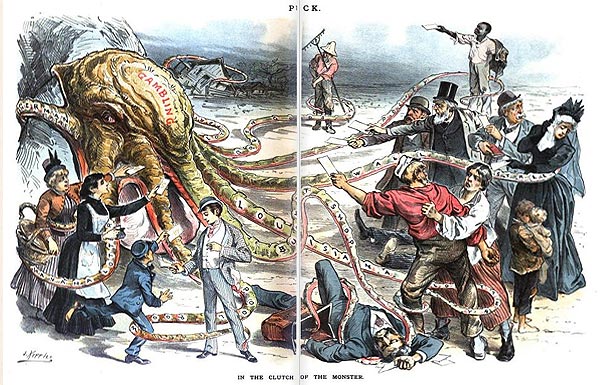