No one is really miserable who has not tried to cheapen Wriphe.

Hell, it's my blog I can bitch if I want to. And it's Friday the 13th, so I'll kill someone with a machete while wearing a hockey mask if I want to, too.

PayPal really knows how to get my goat. One month ago tomorrow, I shipped a 24 pound package via USPS Economy Parcel Post to Argentina. (The contents were some Masters of the Universe figures I sold for a friend on eBay.) The buyer has grown impatient after a mere 3 weeks of waiting for an international Economy Parcel Post (read as "slow boat") package and has earlier this week opened a dispute with PayPal for the cost of the item. Of course, this means that PayPal has put a "temporary hold" on my account in the amount of the payment. If this were a $29.50 item, that's be no big deal. But it's not. It's a $295.00 item. 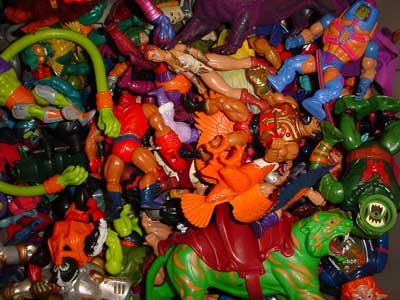 So now, my Paypal account is essentially useless to me until PayPal realizes that I did ship the item, the buyer is just being incredibly impatient, and I'm in the clear. My past experience with Paypal tells me that this will take about 90 days. Meanwhile, PayPal will be hassling me to pay them what I "owe" them (HA!) and I will be unable to take eBay payments through PayPal. As anyone who sells on eBay knows, this means that it is pointless to try to sell anything on eBay. Therefore, no income for me for 3 months.

Once again, let me say to you people out there: PayPal sucks. If you use it, learn to enjoy the sensation of someone grabbing you by the balls and squeezing while ramming a Louisville Slugger up your ass. Fuck you, PayPal.

(Granted, I am well aware that the problem in this case is not actually PayPal, but the dipshit who decided that economy international postage should arrive on his doorstep within 3 weeks of shipping. But since I'm not currently in the mood to travel to Argentina to avenge this disruption in my life, I'm attacking the messenger. PayPal doesn't care.)

On a completely unrelated note, why do MLB and the NFL have Breast Cancer Awareness Months? Exactly how many players in either of those leagues are female? In 2002, only 3,000 more women in the U.S. were killed by accidents than died from killer breasts. (That's less than 10 a day in a country with 300 million people.) When was the last time you heard of an Accident Awareness Campaign? Breast cancer isn't even the largest killer of women in America. It doesn't even make the top 5. Alzheimer's Disease is credited with killing more women than breast cancer. (However, a Alzheimer's Awareness Month wouldn't make much of an impression, as everyone who cared to promote it would forget about it by the time it arrived.) I suggest that breast cancer is so widely championed these days simply because it is the only one of the top ten killers of women that doesn't also kill large numbers of men.