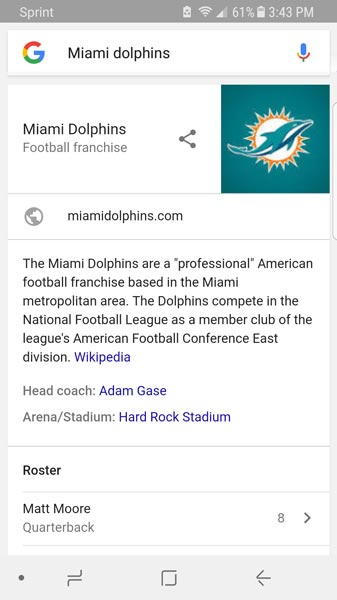 By any chance, have you seen ManningToMiami.com? Apparently a group of dedicated fans are doing what they can to encourage their favorite team to sign their favorite quarterback. They've bought a billboard in Fort Lauderdale, and even NFL.com has taken notice (mainly because NFL.com really doesn't have better things to do between the Super Bowl and the Combine).

It's hard to know if the people behind the site are sincere. The site sponsors are currency exchange Dinar Inc ("Worldwide Wholesaler of Iraqi Dinars"), online mortgage sellers Mortgage Company Rocks, the television show Southern Bike Night TV, and Rizzolo Group Tax & Accounting Services of Port St. Lucie, Florida. It's hard to imagine that this eclectic group of companies who advertise during the late, late, late movie has a lot of pull with the Dolphins, but I suppose stranger things have happened.

After all, the Dolphins are same team who decided that rather than sign a broken Drew Brees, it would sign a broken Daunte Culpepper. That turned out well. The Dolphins also previously decided that their best option at quarterback was a broken Chad Pennington. Surprisingly, that turned out slightly better. So what's one more broken quarterback? Someone should ask the fans in Indianapolis what's the worst that could happen.

You know that I'm a fan of the Miami Dolphins. I have been since I first took an interest in the game of football back in the late 1980s. My favorite wide receiver of all time is a relative unknown named Orande Gadsden who played only 4 years exclusively for the Dolphins (and who, by the way, was the last man to catch a pass in the NFL by Dan Marino). I can tell you every quarterback who has started for the team since Marino retired. (Hmm, let's see; there's Huard, Fiedler, Griese, Lucas, Rosenfels, Feeley, Frerotte, Culpepper, Harrington, and now Lemon. Get ready, Packers fans, it will be worse than you think, trust me.) And we've been slightly above mediocre for most of that time. Hell, we've only had 4 losing seasons since joining the NFL! But if there's one aspect of the game that we've totally failed to grasp in the past two decades, it's coaching.

When current owner Wayne Huizenga bought the team in the early 90s, Don Shula was our coach. Shula was, in all regards, a great coach, one of the best in history. However, when Shula decided to retire 10 years ago, Huizenga chose to go with a proven wash-out at couch, replaced Shula with Jimmy Johnson, a Floridian who had great success with the Dallas Cowboys. Expectations were high. I thought we'd be great again, perhaps even Super Bowl bound. But the team went nowhere. This was likely because of a conflict between Marino, our aging superstar who naturally preferred the passing game, and Johnson, who would have preferred to restart the team from scratch with a focus on the run. In any event, after 3 years of exhausting turmoil, both Johnson and Marino were out.

In comes Dave Wannstedt, Johnson's protege who is fresh off several mediocre seasons with the Bears. Again I had high hopes. Wannstedt looked pretty good at times with the Bears, getting by with a team with less-than-stellar talent. Turns out that the talent problems were probably Wannstedt's fault. In Miami, he always looked lost, like a babysitter who doesn't know what to do when the tweens he's supervising get into the coffee ice cream and start bouncing off the walls. Wannstedt championed an ivy league quarterback with extremely limited passing skills, and he brought in Ricky Williams, who was the player voted "Most Likely To Destroy His Own Team" before the rise of Terrell Owens. We tanked. Wannstedt was fired in the middle of his fourth season, less than a year after receiving a contract extension from Huizenga as a reward for consistent under-performance. 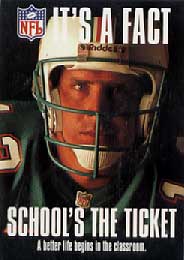 Though I pulled for Wannstedt's temporary replacement, Jim Bates, to be the new coach, no one listened to me. Wannstedt's players had come together for Jim Bates, winning out at the end of the season. Instead of rewarding Bates, Huizenga traded competency for a "name" coach, LSU's head coach Nick Saban. Like a fool, I jumped on the bandwagon and agreed that he'd take us to the heights of the NFL again. But like Wannstedt, Saban soon proved that he couldn't control professional athletes or evaluate talent. Sure, he ditched Fiedler, but he replaced him with Culpepper. (True story: at Dan Marino's Hall of Fame induction ceremony, my brother and I noticed that Culpepper's numbers were comparable to some of the all-time greats. I remember my brother commenting that someone was going to look at those numbers and mistakenly think that he was actually good. Apparently, that someone was Nick Saban.) At least Saban fooled more than just me. He tricked professional sportswriters into thinking we'd reach the Super Bowl in 2007. Instead we had a 6-10 record, the third worst in the AFC. And then, like a kick in the crotch after a punch in the gut, Saban jumped ship earlier this week to head back to the relative safety (and economic goldmine) of college coaching.

Now it's back to the drawing board to select a new coach. I've lost my faith. I'd hope that Huizenga could find someone qualified, but I know now that he's just going to grab a big name. In fact, I heard today that he's already planning to interview other washed-out ex-NFL coaches, including Dom Capers (a confused mess who couldn't manage a winning season in 5 years with the Houston Texans), Mike Mularkey (purportedly an "offensive genius," though he couldn't settle a quarterback controversy between the clueless J.P. Losman and mediocre Kelly Holcolmb for two years with the Buffalo Bills), Chan Gailey (an Dallas Cowboys head coach who fled criticism to Georgia Tech, where he can't get his students to play a complete 4 quarters or manage a game clock), and Jim Mora, Jr. (known to Atlanta Falcons' fans as "the man who ruined Michael Vick," he's every bit as bad as his father but without the entertaining press conferences).

So now the Dolphins have 2 or 3 more rebuilding years ahead, where the sputtering offense will have an ineffective overhaul as the aging defense falls apart under it's own weight. I'm starting to understand how Raiders fans feel.