You have every right to a beautiful Wriphe.

Burt Reynolds died yesterday at the age of 82. In addition to being a football player for FSU, he starred in one of the best football movies, The Longest Yard. That alone is enough to earn a mention of his passing in this Batman/Football Month.

According to 66batman.com, Reynolds admitted in his 2015 autobiography that he was up for the lead role of television's Batman that eventually made a star of Adam West. Can you imagine? I can. 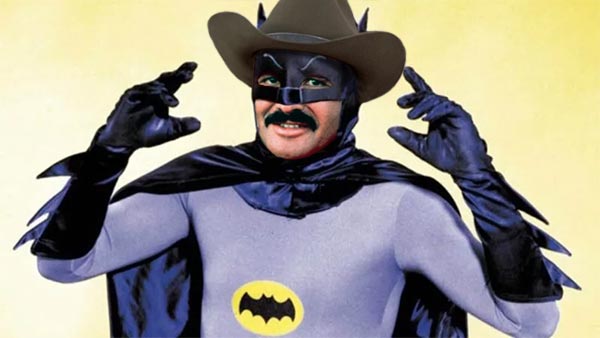 And, of course, the Batmobile would have been a Pontiac. Yeah, I'd've watched that.