The Wriphe of my persona has nothing to do with me.

33/2042. Turning Red (2022)
The movie that did so well, they made its writer/director a vice president of the studio! I'm on record as a fan of coming-of-age movies, so of course I liked this one. Its a nice change of pace where the "villain" of a story is a well-intentioned (if overprotective) parent.

35/2044. The Go-Go's (2020)
The Go-Go's heyday was just slightly ahead of my time, and I didn't know much about the individual members. It's pretty clear that a lot of their very worst behavior to one another and former members and managers got whitewashed out of this documentary, but that's probably the price you pay to get them to speak on the record in a project like this (which is really a promotion for a reunion show).

36/2045. When We Were Kings (1996)
Another documentary, this time an Oscar winner about the Ali/Foreman Rumble in the Jungle. It is an interesting time capsule of news footage, but I never got the impression that we get in the heads of the actual boxers so it feels glossy and distant, like a Life Magazine cover story.

37/2046. Bridget Jones's Diary (2001)
I don't quite understand why this romcom was the sensation that it was. The pacing is uneven, the protagonist is painfully over-awkward, and the obviously contrived confusion about the two love interests drags on far too long. Maybe it's an English thing. 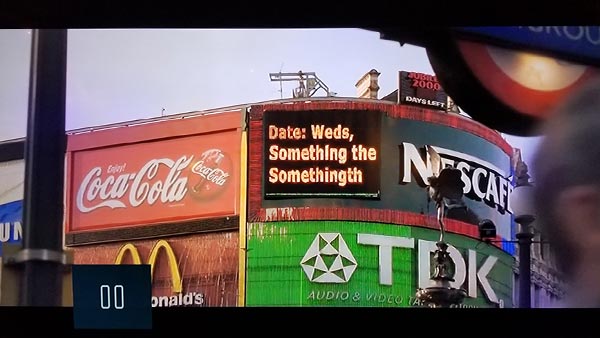 There is no wrong day for a Coke!