A pipe burst under the kitchen sink last night. Waiting for the kitchen cabinet to dry out, I'll pass the time typing some movie reviews.

93. (1952.) The Friends of Eddie Coyle (1973)
Every list of 70s great crime films includes Eddie Coyle, and I now understand why. It's ugly, but that ugliness feels realistic, almost like a documentary. Definitely among the best performances of Robert Mitchum's career.

94. (1953.) Remember My Name (1978)
The protagonist is so mysterious, I had to watch the first half of this movie twice to see if I wasn't missing something. I wasn't. It's intentional. The protagonist might be a very bad person, and the film protects her (and the audience) by sharing details very, very slowly. I'm still not sure I liked it, but it is something different.

95. (1954.) Grand Prix (1966)
Is "race procedural" a genre? If so, this qualifies. We follow several racers and their lovers through a season of a sport so thrilling and yet so dangerous, participating is practically suicide. On second thought, maybe this is a drug movie; that is definitely a genre. 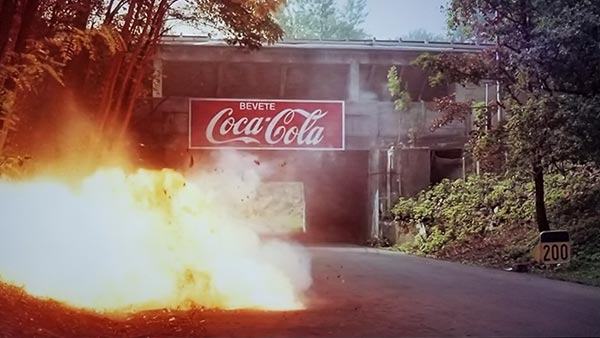 Quick, before you die, Drink Coke!

By the way, Coca-Cola appears to have been a sponsor of the real life car racing that is the background in this stylish film, so Grand Prix is filled to the brim with Coca-Cola advertising. I actually had a hard time deciding which screenshot to show. So if you do decide to watch this 3 hour epic, I recommend having a couple of Cokes within easy reach. Watching death on wheels really builds up a thirst!

Here are a few more screencaps featuring some non-traditional Coke logos and the movie's human stars (none of whom actually drink a Coke at any point): 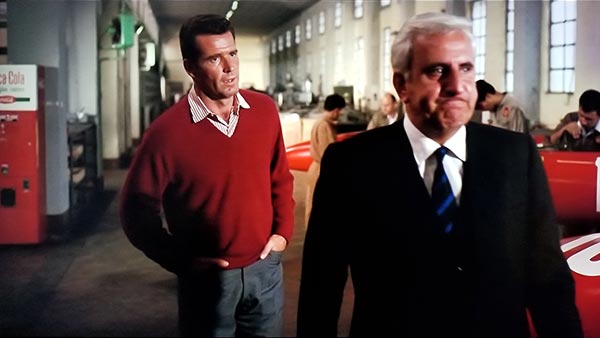 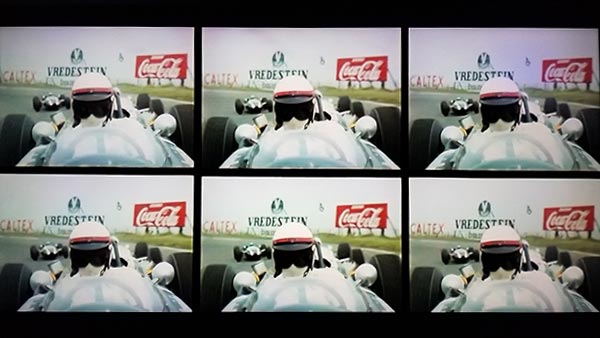 96. (1955.) Bandido! (1956)
More Mitchum, this time as an American arms dealer during the Mexican Revolution who falls for a rival's wife. It's not nearly as good as it could have been, in part because the sudden romance angle felt so unnatural to Mitchum's amoral rogue. Oh, well. They can't all be hits.

97. (1956.) San Francisco (1936)
I can't tell you how many times this has come on TCM and I've said to myself, "I should watch that." You see, I knew it was supposed to have impressive earthquake special effects, and I can now attest that it does. The rest of the plot, however, is worthless. But at least I have finally watched it and from now on can ignore it with a clear conscience.