It's finally October, so let's get to some movies. 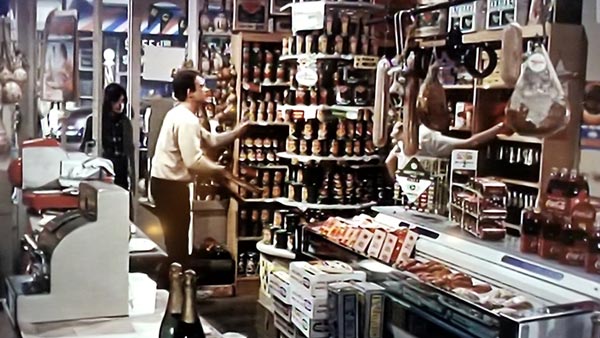 Planning to get a widow so drunk she'll let you in her pants? Don't forget the Coke!

152. (1806.) Illegal (1955)
Imagine what a John Grisham book might have looked like in the 1940s and you'll have something near this pretty good legal thriller. Edward G. Robinson plays a crackerjack attorney who makes a mistake that destroys his world. (The innocent who is put to death for a crime he didn't commit is a young DeForest Kelley!) The road to redemption is very rocky indeed.

153. (1807.) Dream Wife (1953)
Cary Grant unintentionally discovers that when you educate a young, subservient middle-eastern Islamic woman in the ways of America, she'll make your life miserable! As close as the 1950s was capable to getting to women's lib.

154. (1808.) Sitting Pretty (1948)
This is the movie that introduced the character of the perfect butler Mr. Belvedere to the screen. There's some dated sexual politics misadventures in this, too, but they're handled with a more empathy for women's point of view. Very enjoyable.

155. (1809.) McCabe & Mrs. Miller (1971)
Robert Altman's idea of a Western is an iconic representation of his style, but it's not an entirely satisfying cinematic experience thanks in no small part to a very weak narrative. (We're all just prostitutes doomed to live in shit and die. Fun!)

156. (1810.) The Senator Was Indiscreet (1947)
The always delightful William Powell plays a corrupt and stupid old Senator who tries to blackmail his way into the White House. With a little plot tightening, this would be the perfect digestif to the unrealistic optimism of Capra's Mr. Smith Goes to Washington. I liked it plenty even before discovering the film closed with an uncredited appearance by Ms. Nora Charles herself, Myrna Loy! Hooray! (This is their last movie together. Boo!)